Ex-Ferrari Formula 1 test driver Luciano Burti believes his former team did not do enough to ease the pressure on Sebastian Vettel during the 2018 season.

Vettel's 2018 title challenge gradually unravelled after he slid off track and into the wall while leading the German Grand Prix.

In an interview in an upcoming episode of The Autosport Podcast, Burti – who commentates on F1 for Brazilian broadcaster TV Globo – suggested former Ferrari team principal Jean Todt would have helped Vettel avoid compounding the error with further mistakes in the second half of the season.

“It was a really tiny mistake, which happens, and he was unlucky it happened in the wrong time and the wrong place and had a big consequence,” Burti told Motorsport.com.

“From then on, I really think that someone like Jean Todt would give him good feedback.

“I think Vettel felt maybe on his own to fight back from his mistake.

“Once you have that pressure, if you say as a racing driver ‘I cannot make a mistake on the next lap or the next corner’, you make a mistake. Once I think about it, that’s it.

“I think that’s what happened to him. Although he’s a great champion, he’s too human and when you have those feelings it doesn’t do you any good.

“He was on his own and someone like Jean would have made the difference to put him back on track, because it’s not normal to see a four-times champion to make so many mistakes, and silly mistakes sometimes.”

Burti, who raced in Formula 1 for Jaguar and Prost, tested for Ferrari from 2002-2004 during Todt’s stint at its helm.

He suggests Ferrari’s leadership in recent years has not been as effective under current team principal Maurizio Arrivabene as it was during its run of success in the early years of the 21st century.

“Maybe Ferrari lost a little bit the leadership that Jean used to give,” said Burti.

“I worked with Stefano Domenicali he was a really good guy, I don’t know what the team was when he was team principal [from 2008-2014] but after he left Ferrari never got the rhythm that it used to.

“I know a little bit about Arrivabene when I was there because he was with Philip Morris and he wasn’t, in my view, a good leader because he was not sympathetic, he was always very distant from us and I never got the understanding why." 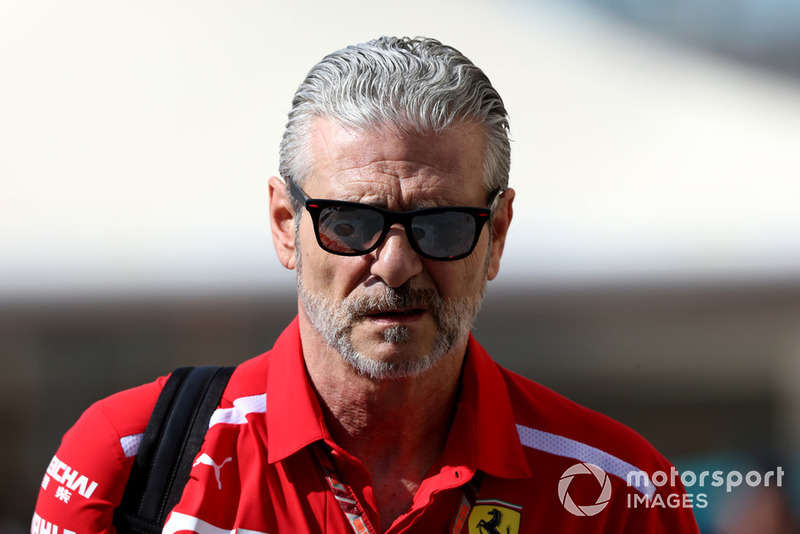