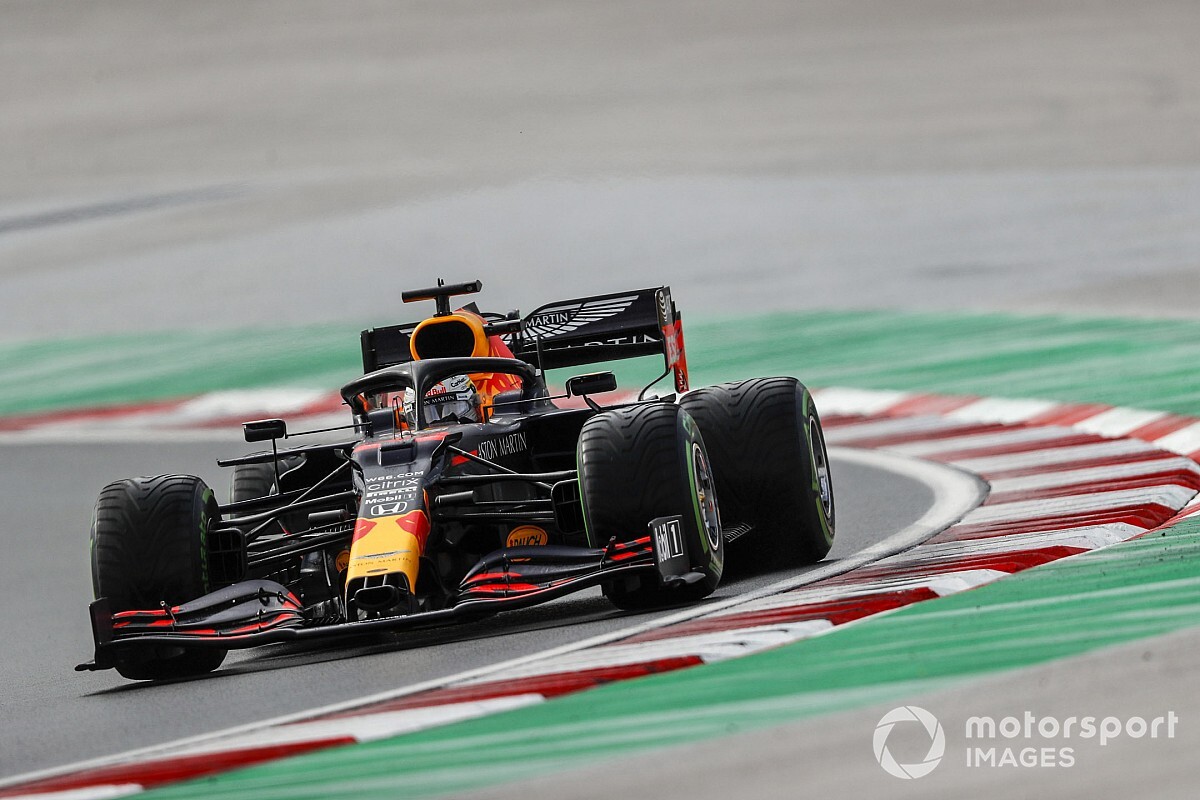 Red Bull Racing Formula 1 driver Max Verstappen has escaped sanction after he was investigated for crossing the white line at the pit exit during the Turkish GP.

Typically the offence triggers a five-second time penalty, which would have led to him swapping his sixth place with his teammate Alex Albon, who finished 1.6-seconds behind him.

TV images appeared to show Verstappen crossing or at least touching the line, but after reviewing various angles, the stewards determined that the evidence was not conclusive, and thus in effect gave him the benefit of the doubt.

In their decision the stewards noted: "Having reviewed video evidence from a wide variety of cameras and angles at the highest resolutions available, the stewards are unable to find conclusive evidence that demonstrates beyond a reasonable doubt that any part of Car 33 crossed completely over the white line separating the pit exit from the track."

The stewards also took no action against the Haas team for an alleged unsafe release involving Kevin Magnussen.

The Dane was told to stop after he pulled away from a pitstop when the team thought that a wheel was not properly secure, and he parked at the end of the pitlane and retired. After talking to the team the stewards decided that it wasn't an unsafe release.

They explained: "The team representative stated that the left rear mechanic was not sure if the tyre was secured properly and therefore they decided to stop the car out of an abundance of caution.

"The stewards considered that with the available evidence it was not possible to determine if the car was released in an unsafe condition."

In a third post-race investigation, Williams driver Nicholas Latifi was given his first reprimand of his rookie season for causing a collision with Romain Grosjean, an incident that saw both drivers spin.

Contact was made after Daniel Ricciardo and Grosjean both came up to pass the Canadian, who understeered into the Haas. The stewards took a lenient approach given the tricky conditions.

They noted: "Car 6 [Latifi] received the blue flag notification and was notified that Car 3 [Ricciardo] and Car 8 [Grosjean] were behind him and approaching as he exited Turn 8.

"Approaching Turn 9, he pulled to the left expecting both cars to go by. Car 3 made the pass prior to the apex of the corner, but as Car 6 approached the apex with a very slippery section of track in front of him, Car 8 had to turn for the apex in order to make the corner on the outside.

"Car 6 understeered on the slippery surface and contacted Car 8. Car 6 was at fault, but his actions were mitigated by the very challenging track conditions in that corner; hence only a reprimand is given."

Turkish GP weekend "not what F1 is about", says Russell