Valtteri Bottas called his Turkish Grand Prix a “disaster” after picking up damage on his Mercedes Formula 1 car on the opening lap and spinning six times during the race. 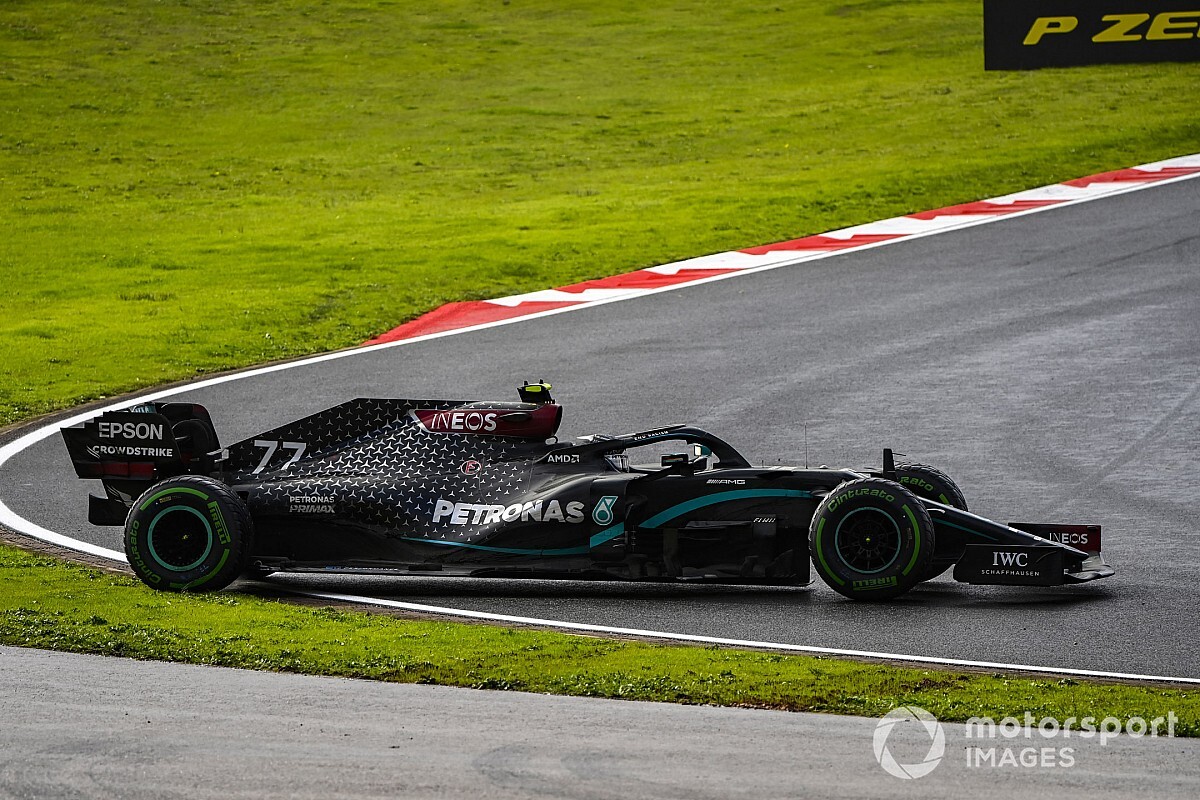 Bottas had to outscore Mercedes F1 teammate Lewis Hamilton by eight points to keep the drivers’ title race alive, but ailed to his worst result of the season, finishing 14th.

Bottas spun at Turn 1 on the opening lap when trying to avoid Renault driver Esteban Ocon, and then made contact with Ocon at Turn 9 on the same lap, causing both drivers to spin again.

It left Bottas’s Mercedes W11 F1 car with damage that made it difficult to drive due to an issue with the alignment of his steering wheel.

The Finn spun a further four times during the race and was lapped by Hamilton, who went on to clinch the title with a dominant victory at Istanbul Park.

Asked by Motorsport.com how difficult it was to drive his car, Bottas explained the damage picked up had led to a “disaster race”.

“I had the spin in the first corner, I was avoiding one of the Renault spins, then I had the collision in Turn 9 on the first lap,” Bottas explained.

“The car was not right. I could feel that the steering wheel was going to the left on a straight line, and then in the left corners, the car was behaving differently, sliding.

“All the moments I had, it was not like how it should be. It was a messy race, a disastrous race.

“It could be the most difficult race I’ve had in Formula 1 so far, and also the result.”

Bottas dropped to last as a result of the spin at Turn 1, but was able to gain on the rest of the field quickly as they tip-toed around the opening lap in wet conditions.

He conceded he was too eager in his bid to try and dive up the inside of Ocon at Turn 9, resulting in the contact.

“I had the spin in Turn 1, and I was last, but actually I was catching up on the train pretty quickly,” Bottas explained.

“So by the time of Turn 8, I was behind the other cars, and I could make a move into Turn 9.

“Then I locked up. There was more water on the inside of Turn 9, and obviously with the visibility, it is pretty poor.

“I was pretty eager, maybe a bit too much, locked up and hit one of the Renaults. That was it.”