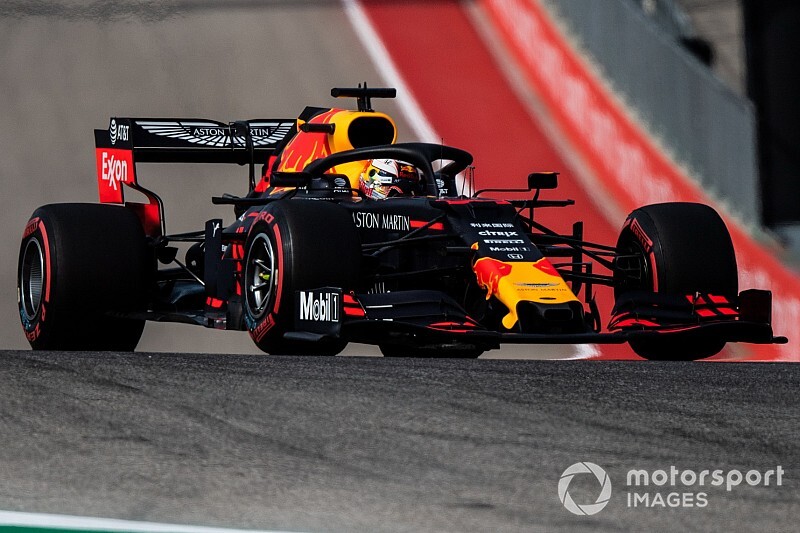 Verstappen will start Sunday’s race at the Circuit of the Americas from third of the grid after lapping with a tenth of Mercedes’ poleman Valtteri Bottas.

It follows his qualifying-topping pace in Mexico last weekend and represents a huge improvement on Red Bull’s United States GP form last year, when Daniel Ricciardo was more than a second off the pace.

“It was just very positive for us in qualifying to be that close,” said Verstappen. "Compared to last year we made a really big step forward and now the last two races we have been a lot more competitive.

“I am very pleased. We had quite a smooth weekend. I didn't really have a lot of trouble with the set-up or whatever.”

Verstappen entered F1’s summer break as arguably the form driver on the grid, with two wins and a first-ever F1 pole position from the four races that preceded the holiday period.

However, since then, Red Bull has struggled to compete and Verstappen has managed one podium in the last six grands prix.

Verstappen should have started the Mexican GP from pole last week but picked up a three-place grid penalty for a yellow-flag infringement in qualifying, then got forced off by Lewis Hamilton on the opening lap and picked up a puncture a few laps later.

Red Bull has been strong in Mexico the last two years, though, and Verstappen admitted getting validation of its recent progressed in Austin was important.

“Of course Mexico was very good but we also expected it to be competitive,” said Verstappen.

“But of course the races we had before that were not like we wanted so I was a still a bit ‘OK, let’s see if we found the performance back’.

“Clearly this weekend was very positive overall so I think we can be very happy about it.

“It’s a good effort from the team as well to not give up and just keep pushing and try to find the performance back like we also had actually before the break. That’s why I guess I sound a bit more positive.”

Revealed: Mercedes cooling idea that F1 rivals are looking at

Hamilton "not looking to pull out miracles" in Austin