Revealed: Mercedes cooling idea that F1 rivals are looking at

One of the fascinating aspects about the battle between Ferrari and Mercedes this year has been how their performance has swung between qualifying and the race. 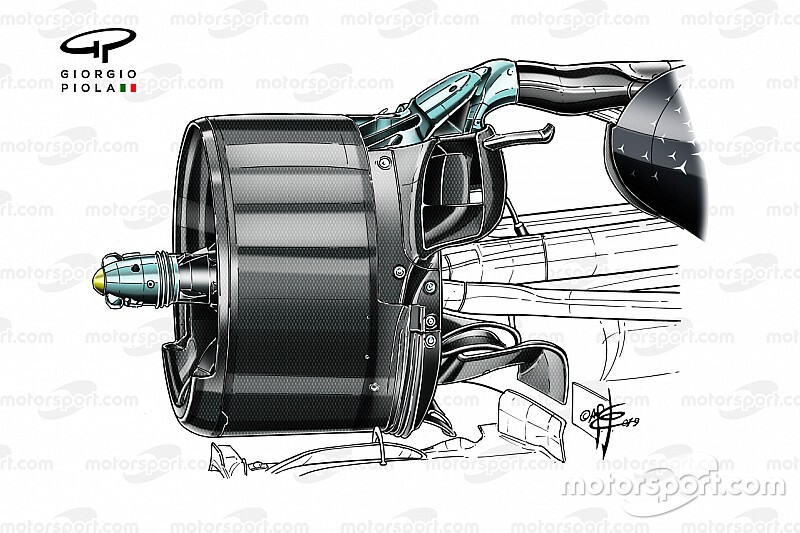 On Saturday, it has often been Ferrari that has had the edge, as it has been better able to extract more from its qualifying engine modes.

For the races, however, it has been the Mercedes that has proved to have a better car, with improved tyre management often allowing Lewis Hamilton and Valtteri Bottas to get ahead.

Ferrari has been quite open that if it is to make the step forward it needs in 2020 then it needs to lift its game in looking after its tyres more.

Reflecting on its strong run of form since the summer break, team principal Mattia Binotto said: “I think that six poles is outstanding, it means we are fast enough at least in qualifying, but we are not fast enough in the race.

“Still there is a delta pace in the race to our disadvantage, very small at least compared to what it was in the initial part of the season, so we have improved our race pace but not enough.

“We need to improve our race pace. How to do that? We know our weaknesses and by continuing doing what we are doing I am pretty sure we will come to the right point.”

One of Mercedes' advantages has been in keeping its tyre temperatures under control, and in Austin it has emerged that rival teams are looking at a clever solution that Mercedes has come up with that helps with this. 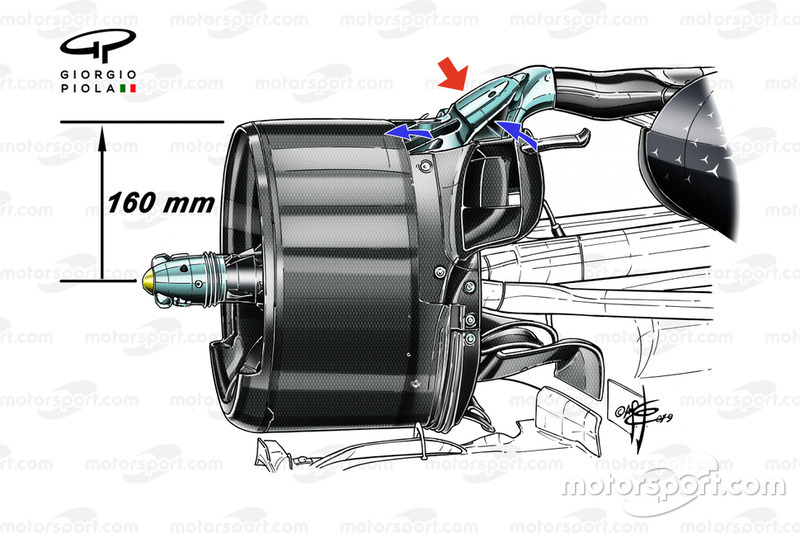 As Giorgio Piola’s exclusive image show, Mercedes has created a channel in its rear suspension layout that appears to feed air down into an area between the brake drum and the wheel rim.

The aim of the hole is clear: to help feed cool air into the gap between the drum and the rim to help keep the rear tyre temperatures as cool as possible.

That is why the brake drum itself is completely sealed. This helps prevent any warm air escaping into the area that Mercedes is feeding with cool air.

Air openings around the areas of the wheel are normally covered by the brake duct regulations, but what Mercedes is doing appears to be outside this area, because the rules are clear about where exactly such holes can be located.

The location of the hole in the Mercedes suspension appears to be outside of this area. So although the hole and channel deliver a similar benefit to what brake duct holes would be doing, it may not be governed by these restrictions.

While the Mercedes idea is an ingenious solution to help deliver air into an area that is difficult to feed with normal brake ducts, it has raised some eyebrows among rival teams.

Under F1 regulations, suspension parts are not supposed to deliver an aerodynamic advantage – but it could be argued that the way the Mercedes solution channels air it is doing exactly that.

Article 3.8 of the Technical Regulations states that any part influencing aerodynamic performance: “must be rigidly secured to the entirely sprung part of the car (rigidly secured means not having any degree of freedom).” 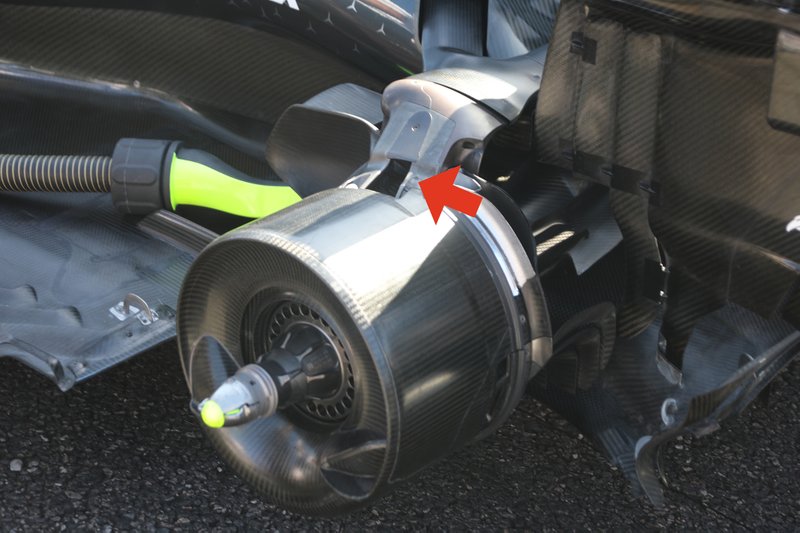 However, on the flip side, Mercedes could argue that the aerodynamic advantage is as an unintended consequence of a suspension solution that has been designed to best suit access to the rear rocker design.

That is why it is understood that at least one rival team asked the FIA earlier this season for clarification on the matter, to check whether or not it would be allowed to pursue such a design itself.

With the answer coming back that the design was allowed, the door is open for other teams to pursue the idea themselves for 2020.

One interesting aspect of the situation, with Mercedes perhaps aware that rivals have been observing what it is up to as they look to next year, is that in recent races the team has taken it cars to scrutineering with the rear suspension covered up by tyre blankets.

Cars being taken to scrutineering is often the best opportunity for rivals to see close up any innovative design aspects, so Mercedes has tried to keep prying eyes away. 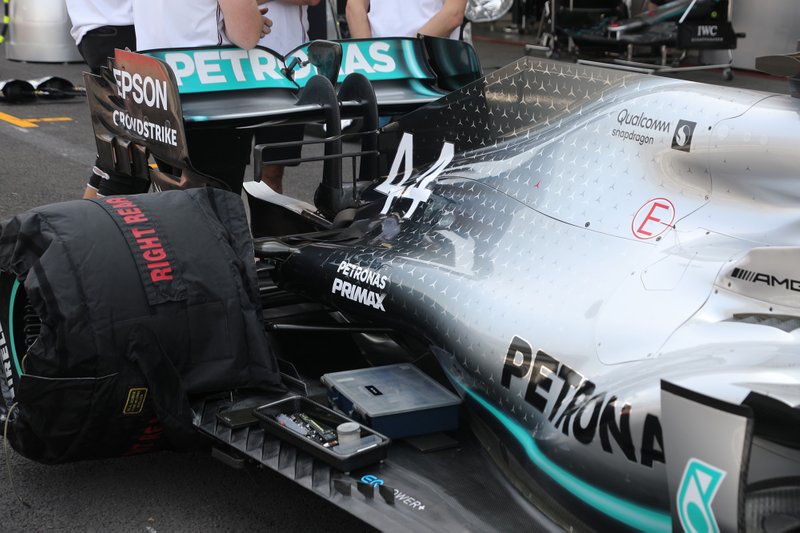