The pitlane is the tightest of the season in terms of the separation of the garages, and before the weekend FIA race director Michael Masi mandated a 60km/h speed limit in order to address potential issues.

The major concern given the high likelihood of safety cars is what might happen if many cars pit at the same time, especially if a team tries to stack both its drivers, as that would inevitably lead to traffic jams.

However, teams are well aware of that possibility, and are unlikely to take the risk of losing time or being penalised for blocking another driver.

As the first team in the pitlane Mercedes has the cleanest entry, while at the far end Williams has potentially the easiest exit.

"Regarding the pitlane, it's the tightest of the entire year," said McLaren team boss Andreas Seidl. "At Monaco we have around 16 metres I think, from pitstop position to pitstop position, here we have only 14 metres. So that is a challenge.

"We prepared for that challenges as much as we could, practice with trying different scenarios together with pit crew, with the drivers. But of course coming in together, that can cause issues."

Mercedes team principal Toto Wolff also acknowledged that there was some risks involved.

"The pitlane, like the garages, for me it feels really like proper racing, like in the old days, when it's just how it should be," said the Austrian. "But then obviously it's not the standard from a new build circuit, and it's equally challenging.

"You need to be careful about what happens in the pitlane, and the drivers will know that and adapt accordingly."

Ferrari's Carlos Sainz admitted he is concerned about the safety of his crew.

"It's maybe something that hasn't been talked about enough," the Spaniard said. "But the pitlane is on the dangerous side for the mechanics, because of how tight it is, so I hope that everything goes well.

"And maybe we can review it for the future, because it's honestly very tight in there."

"It's very difficult to get to our spot, if Alpine is doing a pit stop," said Sainz's teammate Charles Leclerc. "So it's going to be tricky if we all going in at the same time." 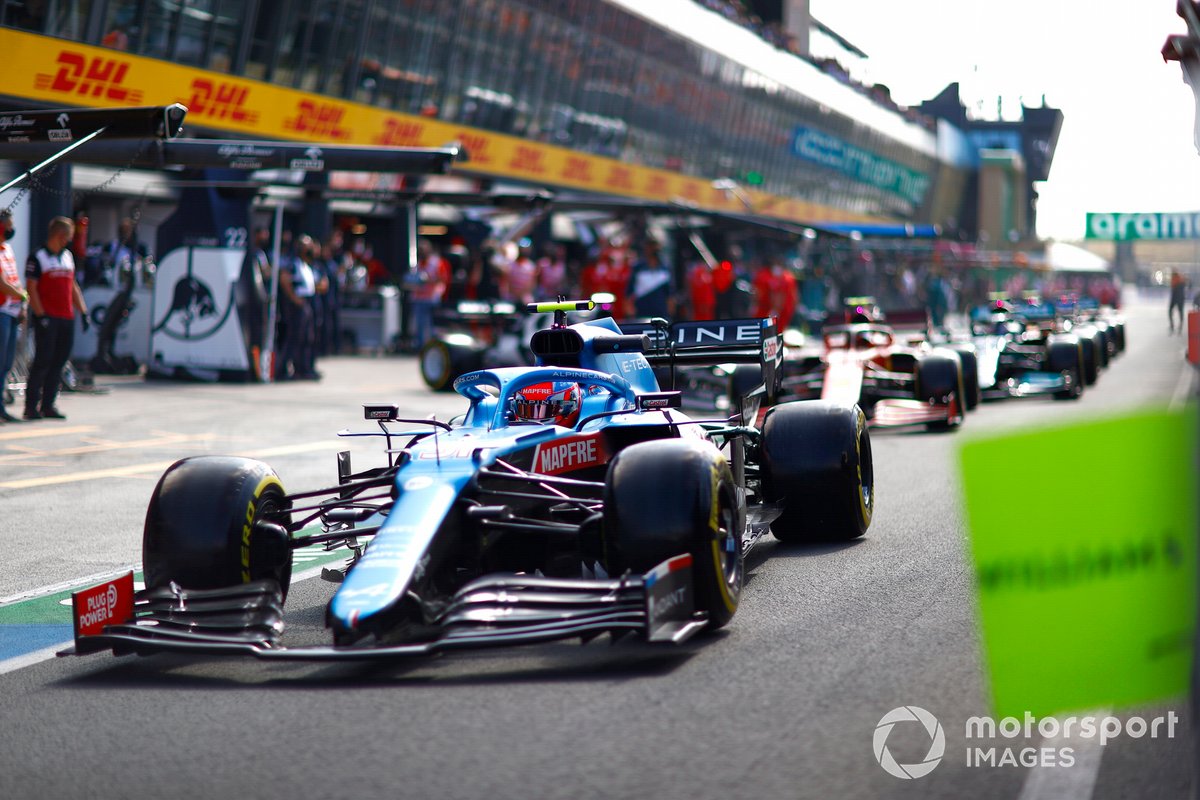 Like Sainz, McLaren's Daniel Ricciardo also acknowledged that the priority was the safety of the mechanics. He added that he feels a responsibility to remain calm in the cockpit if something goes wrong with the his stop, and there is a delay.

"I think it's the tightest pitlane we've had, maybe tighter than Monaco," the Australian noted. "And you feel it. If everyone comes in at once, you're going to have a lot of tense people! But you kind of have to look at it as a potential opportunity.

"But I think the main thing really in that is for sure, there could be like chaos, in terms of lots of cars and confusion. So just like stay cool, and try to stay calm. And I think that kind of reinforces a little bit of confidence into the pit crew.

"Because obviously, they're the ones standing out in pitlane. And in that situation they're in a way putting themselves at risk. So I think just if you stay calm, then the group around you remains calm. I think that's important.

"We've done enough practice this weekend as well to let's say have good confidence going into Sunday for that. I think that probably just the one wish is that the pitlane would be bigger. "

Like Ricciardo, his boss Seidl sees pitstop confusion as a potential chance to make up ground.

"After the low we experienced as a team in qualifying obviously that might also open up opportunities for us on Sunday," the German noted. "Because it's a difficult track to overtake here.

"The other hand, as you have seen already in the practice sessions, and in qualifying, with the track layout here and the gravel beds, a lot of things can happen with the safety cars or whatever and which we could benefit from.

"So it's important. We're still in the game on Sunday for any opportunities that may come up."

Why Williams now holds the power in Formula 1 silly season