Lance Stroll's shock Formula 1 pole position for the Turkish Grand Prix is at risk after being summoned by the FIA stewards for not respecting yellow flags. 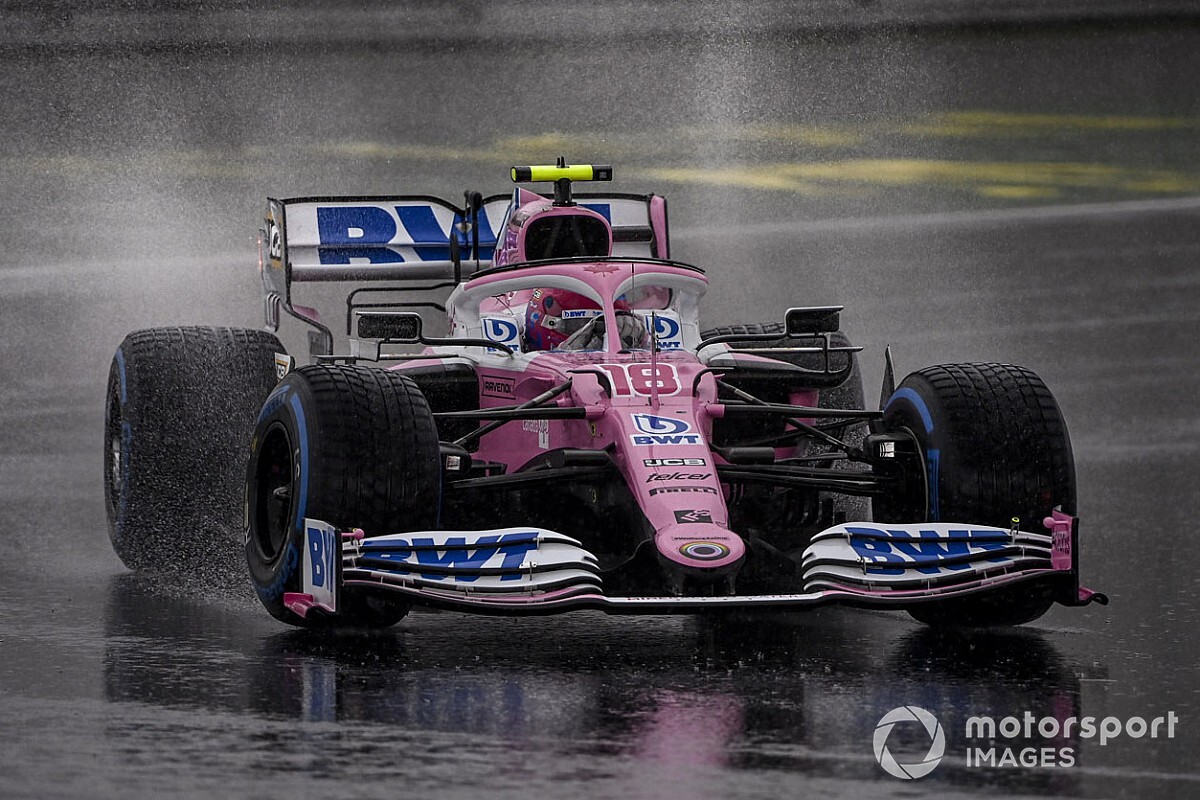 Stroll scored the first F1 pole of his career in a wet qualifying session at Istanbul Park on Saturday, beating Red Bull's Max Verstappen and Racing Point teammate Sergio Perez at the end of Q3.

But the Canadian driver will now meet with the stewards after allegedly not slowing down enough for yellow flags at Turn 7 during his pole position lap.

The FIA stewards issued a bulletin confirming Stroll was under investigation, and that he was required to report to them at 18:30 local time in Turkey to discuss the incident.

It leaves Stroll at risk of receiving a grid penalty that could strip him of his maiden F1 pole position.

The stewards' report stated the yellow flags were shown at Turn 7, seemingly following a spin for Perez in the sister Racing Point car.

Stroll was informed of the yellow flags on team radio, but later told "that was a single yellow so keep pushing" before improving his time to secure pole position.

The FIA stewards have also summoned McLaren driver Lando Norris for allegedly not slowing down for yellow flags during Q1.

Haas driver Kevin Magnussen was left fuming by a number of drivers improving their laptimes during Q1 despite yellow flags being shown following late spins for Daniil Kvyat and Nicholas Latifi.

FIA race control later confirmed it would be looking into all drivers who improved their lap times after the session, but have only thus far confirmed that Norris, who qualified 11th, is under a formal investigation.

Should Stroll be hit with a grid penalty, it would promote Max Verstappen onto pole position for Red Bull, and mark the third pole position of his F1 career.

F1 lucky not to have big crash in Turkey qualifying - Albon