Robert Shwartzman led Haas to the top of the timesheets as the post-season test in Abu Dhabi came to a close, ending Formula 1’s official running in 2021.

Ferrari junior Shwartzman was the only young driver taking part in Wednesday’s test running at the Yas Marina Circuit, with the remainder of the field using modified mule cars on the new 18-inch tyres for 2022.

Teams were only allowed to field a young driver on one of the two days of testing, with all bar Haas opting to do so on Tuesday.

Shwartzman set a fastest lap time of 1m25.348s with 40 minutes remaining in the test day, giving him top spot by almost half a second from McLaren’s Lando Norris.

Norris finished second in a modified version of McLaren’s 2021 MCL35M car, completing more than 100 laps on Pirelli’s 2022 compounds that were made available to those running mule cars. Shwartzman’s running was completed on the 13-inch tyres used this year.

Norris started the day by trialling a new LED lights system on the rear wheel covers of the McLaren, offering a sign of future technology that could be used in

Sebastian Vettel recovered from a hydraulic issue in the morning that caused a stoppage and a red flag to end the day third for Aston Martin. He completed more than two race distances for the team, and set his fastest lap in the final five minutes of the session.

George Russell finished fourth for Mercedes after a second day of running in the Mercedes W10 mule car from 2019, ending up six tenths of a second off Norris’s lap time.

Pierre Gasly ended up fifth for AlphaTauri ahead of Carlos Sainz, who was sixth in the Ferrari, while Fernando Alonso clocked almost 150 laps en route to seventh for Alpine. 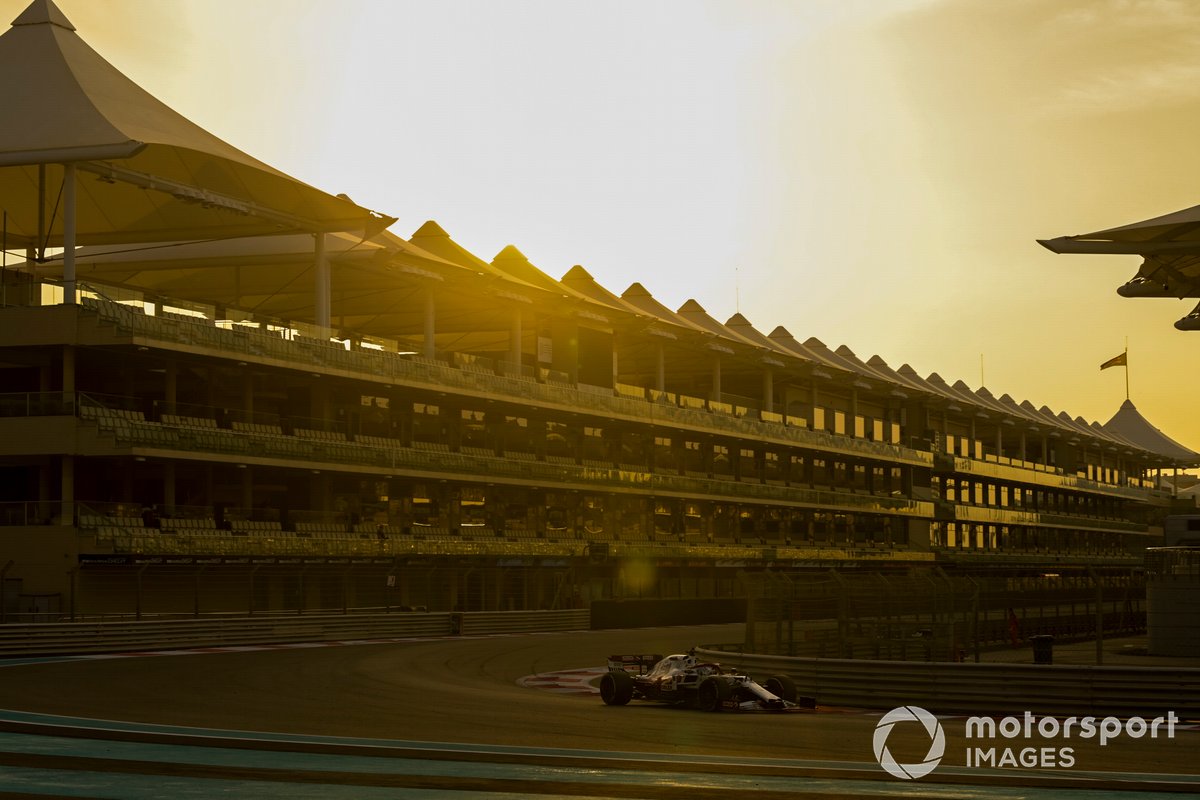 F1 2022 rookie Guanyu Zhou continued to put in the laps for Alfa Romeo ahead of his official debut next year, with the team having fulfilled its young driver running on Tuesday. He took over from Valtteri Bottas in the mule car for Wednesday, and ultimately finished eighth overall, one-tenth of a second clear of Sergio Perez in the Red Bull, with 150 laps on the board.

Pietro Fittipaldi propped up the running order in 10th place for Haas after completing its mule car running through Wednesday. Williams took no part in Wednesday’s test session as it does not have a mule car available.

F1 will return with official on-track running at the end of February with pre-season testing in Barcelona.