Schumacher's Ferrari F2002 to be auctioned in Abu Dhabi 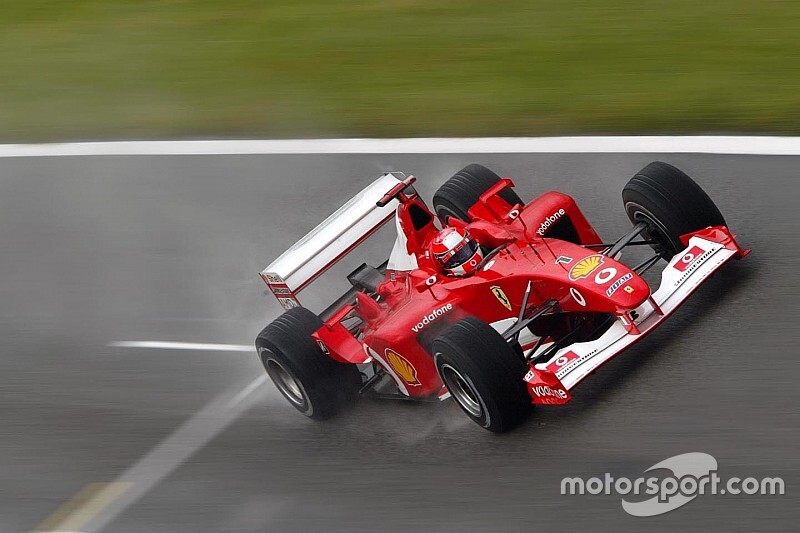 The Ferrari F2002 that Michael Schumacher drove in the race where he secured the 2002 Formula 1 world championship will be auctioned at the 2019 Abu Dhabi Grand Prix.

A portion of the proceeds from the auction of F2002 chassis #219 by RM Sotheby's will go to the Schumacher family's Keep Fighting, Never Give Up Foundation.

Schumacher used that chassis for three of his 11 grand prix wins in his dominant 2002 season.

It won on its first appearance in the San Marino GP at Imola, then again in the infamous team orders assisted victory in Austria - where Rubens Barrichello pulled aside within sight of the flag to let Schumacher win.

The car fell just shy of a Monaco win, as David Coulthard fended off Schumacher's pressure in that event to give McLaren its sole victory of the season.

But in France that July, Schumacher was at the wheel of chassis #219 as he took the win that clinched what was then his fourth world title, with six races to spare - a record for wrapping up a championship quickly that still stands.

Barrichello used the chassis for three races afterwards, including his Hungarian GP triumph.

RM Sotheby's car specialist Oliver Camelin described the chassis as "truly special; it represents one of the last Rory Byrne designed, V10 era cars and was like a guided missile in acquiring wins en route to a championship won with sheer racing dominance".

A Ferrari F40 signed by Sebastian Vettel is also being auctioned in the event, which will take place on the Saturday of the Abu Dhabi GP weekend at the end of the season.

An F1 statement said the cars involved would be "paraded down the start/finish straight, and driven along the circuit's pitlane" before the auction.

Why Renault's big French GP upgrade is a "massive gamble"