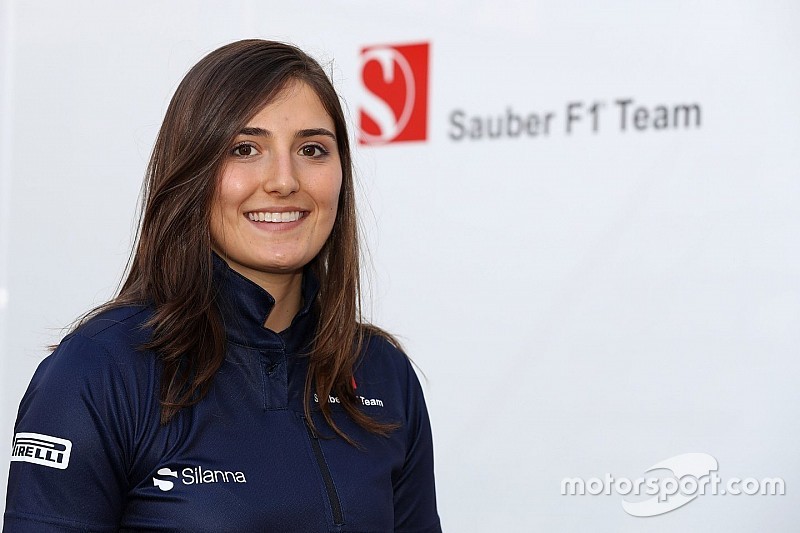 The Sauber Formula 1 team has signed GP3 driver Tatiana Calderon as a development driver for the 2017 season.

The Colombian’s new role will focus largely on simulator work at Sauber’s Hinwil factory and attending grands prix with the Swiss team alongside race drivers Pascal Wehrlein and Marcus Ericsson.

It is uncertain whether Calderon will get a chance to test the Sauber C36 this year, although she would be eligible to take part in mandatory young driver testing as per rules that require F1 teams to set aside two days of running a year to inexperienced drivers.

If she does get to test, she would be the first female to drive an F1 car since Susie Wolff took part in first practice for Williams in the 2015 British Grand Prix.

"We are very pleased to welcome Tatiana on board to the Sauber family," said team principal Monisha Kaltenborn.

"We have the opportunities and facilities to provide Tatiana a professional platform on which she can further develop her knowledge and skills in racing. I am convinced that we can provide her lots of in-depth motorsport know-how for her future career in racing."

Calderon will also continue in the GP3 Series for a second season, having debuted last year with the Arden team and scoring points on two occasions.

Prior to that, she raced in European F3 for three seasons – leading in the rain at Spa-Francorchamps in her final campaign in the series in 2015 – and placed second in the 2015-16 MRF Challenge series.

“Sauber has seen the potential in me, and they know I’m a hard worker and a dedicated person,” Calderon told Motorsport.com.

“I’m extremely grateful for this opportunity, and I want to thank Monisha and the whole team for opening this door. I’m ready to work hard and learn as much as I can from them.

“Of course driving an F1 car would be a dream, and I want to make sure I’m ready if the chance arrives. This opportunity is a really good start to make it happen.”