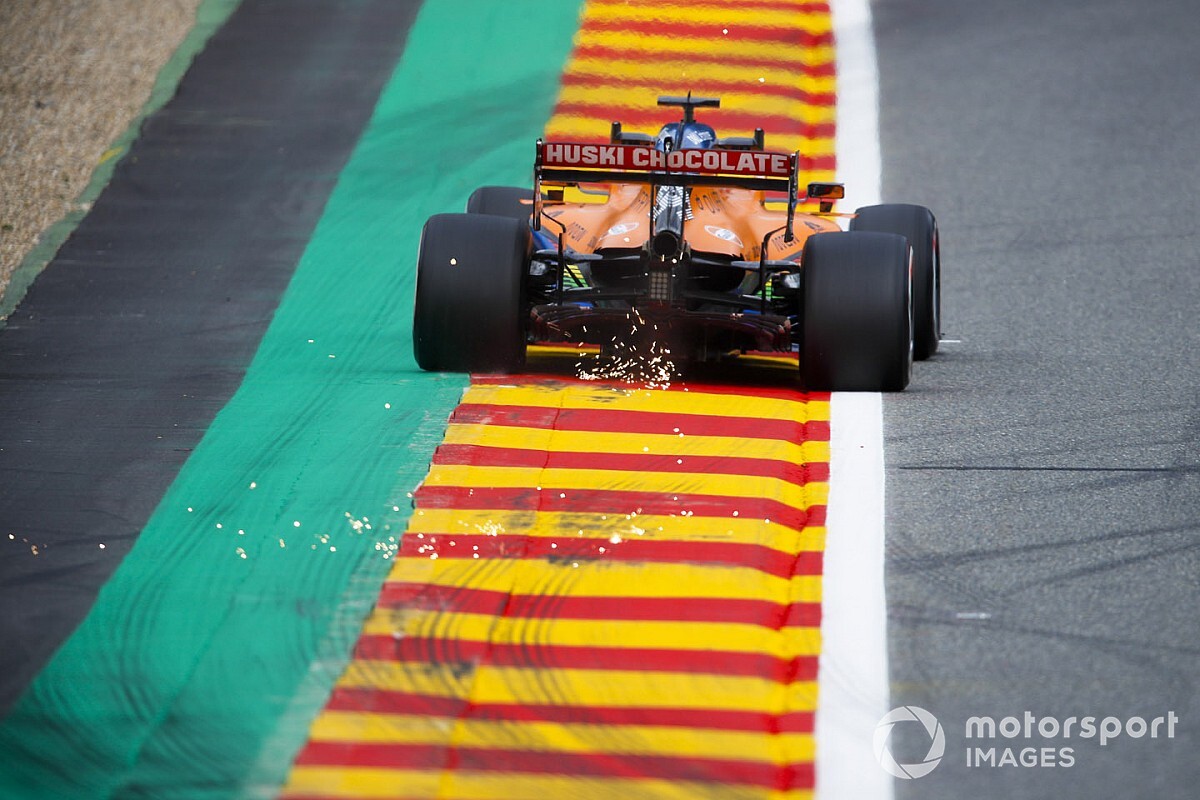 For this year’s race the artificial grass that lined much of the track was removed as part of the circuit organisation’s efforts to adapt the track for motorcycle racing.

Sainz says the balance of risk and reward is now out of sync at the Belgian GP venue, as there is no penalty for running off the road.

He added that the subject of run-offs has recently been discussed by the drivers and the FIA.

“I feel like the only thing Spa is missing now is the gravel and the grass next to the exit kerbs,” said the Spaniard. “Now we have a bit too much as far as the feel of risk, and the paying of risk/reward is not good enough in these modern circuits.

“And it's something that we've talked with the FIA to see how we can at least create that feeling for the drivers to make sure we do feel a bit more risk/reward when going into a fast corner like Turn 13."

“It's not a secret here that the Spa circuit is working on an FIM licence, and getting motorcycles back,” he said. “And artificial grasses are not part of that.

“So that's why it's been removed. And I think, yes, it may have been more forgiving in certain areas. But we also saw from a track limits perspective that we've got other measures that we've used throughout the year that have been put in place.

“Track limits here were monitored in the same way, with the utilising of timing loops, as they have been of late. So we have a number of loops together with all the available vision that we get access to, be it CCTV, on-boards, broadcast, and we combine all of those tools together.”

Asked about the “sausage” kerbs at Monza, which contributed to Alex Peroni’s spectacular F3 accident last year, Masi noted that they will still be in use next weekend.

“With all track safety parameters, we can look and see what we can improve and learn from everything,” he said. “So with regards to Monza there's a number of sausage kerbs that are still in there.

“There's other alternative measures that we've used for track limits that are in use next weekend, being two timing loops at Parabolica on the final corner, and we'll see how we go with those.

“I don't think it's a one-size fits all, so to speak. There's an appropriate solution for each particular area."