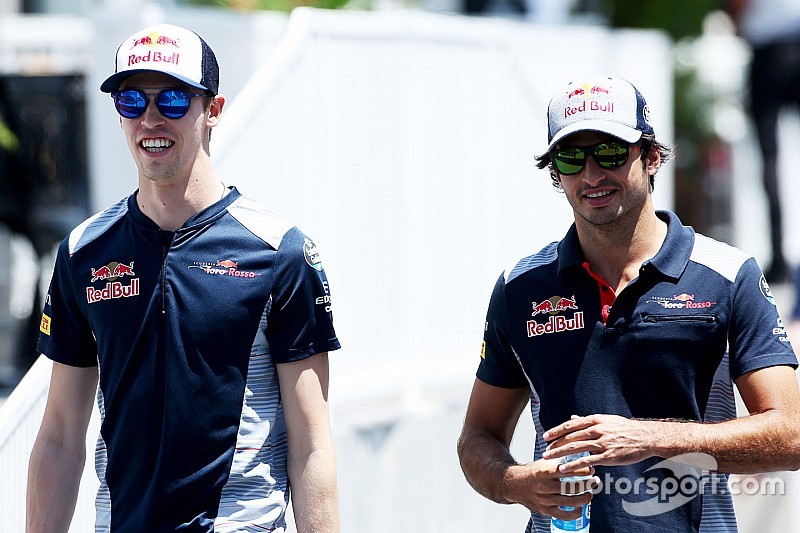 Carlos Sainz says he always felt Daniil Kvyat would make it back to Formula 1, with the Russian set to earn a third shot with Red Bull and its junior team Toro Rosso.

Kvyat was dumped by Red Bull before the end of the 2017 season after he struggled to respond to being demoted from the senior team the year before.

Sainz partnered Kvyat from the 2016 Spanish Grand Prix until the 2017 Singapore Grand Prix, with Sainz then leaving for Renault and Kvyat getting replaced by Pierre Gasly before being handed a one-race reprieve in the United States.

“I do have a bit of a personal feeling [about Kvyat] because I do feel Dany is one of the most talented drivers I've ever raced against,” said Sainz when asked by Motorsport.com about Kvyat’s possible return.

“When he left Formula 1, I don't know why, I had this feeling that he one day he would make it back.

Kvyat has not raced since his point-scoring appearance at Austin last year, but was hired by Ferrari as a development driver and drove at Fiorano earlier in 2018.

Red Bull is lacking options for its junior team next season, with its own talent not yet ready or qualified to step up to F1.

It emerged over the Italian GP weekend that Kvyat, who has been described as more mature by Red Bull motorsport advisor Helmut Marko, has moved to the top of its list for Toro Rosso next season.

The 24-year-old scored two podiums in 22 starts with the senior Red Bull team before being pushed back to Toro Rosso to facilitate Max Verstappen’s promotion.

Sainz said he will be pleased to see his old teammate in the paddock again after talking Kvyat up to those around him.

“I actually told my manager, I told my dad - 'I have this feeling that this guy is not over yet, that he is going to come back',” said Sainz.

“And look, it looks like he has a good chance and I would be very happy for him if he does come back.”

Haas to go ahead with appeal over Italian GP disqualification