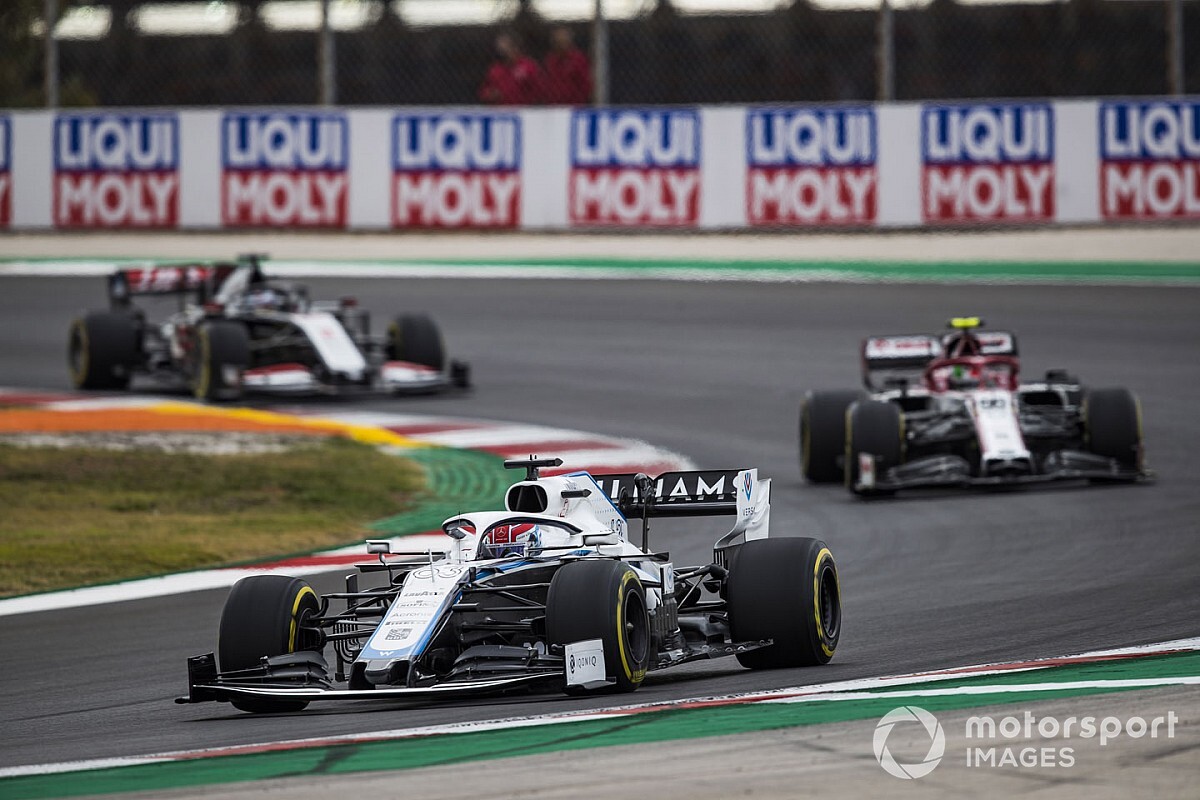 George Russell believes Williams's recent "breakthroughs" with its 2020 Formula 1 car can put it on the front foot in the fight against rivals Alfa Romeo and Haas.

Williams has failed to score a point so far this season and sits at the bottom of the constructors' championship, but has regularly competed with Alfa Romeo and Haas in both qualifying and race trim.

Russell was on course to score his first F1 point at Imola last weekend before crashing out behind the safety car, having sat ahead of Alfa Romeo drivers Kimi Raikkonen and Antonio Giovinazzi.

The British driver called the error "the biggest mistake I've ever made", but felt there were plenty of positives to take from the weekend, and that Williams had made a big step forward with the understanding of the FW43 car.

"I need to take a couple of days to sort of reflect on what has just happened," Russell said following the race.

"Ultimately as well, I think we got to take away some positives from this. I've got to go into the next race with a positive frame of mind, because we need to fight to get ourselves back in this position again.

"In all honesty, I'm confident we can. I think we've made some breakthroughs with the set-up and understanding of the car over the past couple of race weekends.

"I think we are in a really good position to always be on the front foot against Alfa Romeo and Haas, and definitely picking up places when people don't optimise their sessions.

"I just need a couple of days to sort of review, get over it. It's in the past. I'm looking to the future now."

Williams has worked to place a greater focus on its race pace through the 2020 season after initially giving its one-lap performance more attention.

Head of vehicle performance Dave Robson said prior to Russell's impressive display at the Emilia Romagna Grand Prix that a solid race would prove the team had made a step forward.

"We've talked a few times about things we have done, and some of them, the evidence would suggest didn't work," Robson said.

"We carried on trying [in Portugal] and undoubtedly [Russell] was much stronger. We followed a similar sort of route [at Imola], so we'll hopefully we'll know more tomorrow.

"It'll be good if we have managed to re-balance things a bit, particularly if we had a good qualifying and if we can back it up with more good race pace tomorrow, then we should be in quite good position."