Subscribe
Previous / How to win a Grand Prix with a broken leg (without knowing it) Next / Wolff: F1 can overcome "weirdness" of closed door races
Formula 1 Breaking news

Williams Formula 1 driver George Russell believes that it will be easy to get back into driving mode in Austria next weekend and likens it to “riding a bike”, but admits that remembering the correct procedures and managing a race has potential for mistakes.

Russell, who has not had the opportunity to test a real car during the break, was surprised by how easily he got back into a rhythm when he returned to the Williams simulator.

The Briton also believes that his recent focus on Esports, which saw him win the unofficial Virtual GP championship, has helped to keep him sharp.

“I’ve driven on the sim and my first five laps were absolutely terrible,” he said in an F1 vodcast. “But by my 12th lap I was actually quicker than what I was prior to Australia, same track, same set-up, everything exactly the same. I was quite shocked by that to be honest.

“It took a little while to remember some of the procedures we had to do, and the way I worked with my engineers.

“I think that’s probably going to be the biggest thing, when you talk about rhythm, remembering exactly what feedback my guys need, how I need to drive in certain ways for the out lap, in-laps, cool down laps. That’s probably the point where we’ll make a couple of mistakes.”

“From a qualifying perspective, when it’s everything on the table, everything you’ve got, I think that’s just going to be like riding a bike to be honest.

“Essentially you’ve either got it or you don’t, and you know how you need to drive for a lap like that. But when it does come to the race you’ve got to manage your tyres, manage your brakes, the engine temperature, attacking, defending, engine modes, talking to the engineers, giving them feedback.

“That’s the part that requires probably the most skill, there’s a lot of finesses required to optimise your whole package.

“I’ve done a lot of looking back over my notes, how I was preparing for Australia, how I ended Abu Dhabi last year, when I went into the simulator how I need to approach the race, so fingers crossed we should be in a good position.” 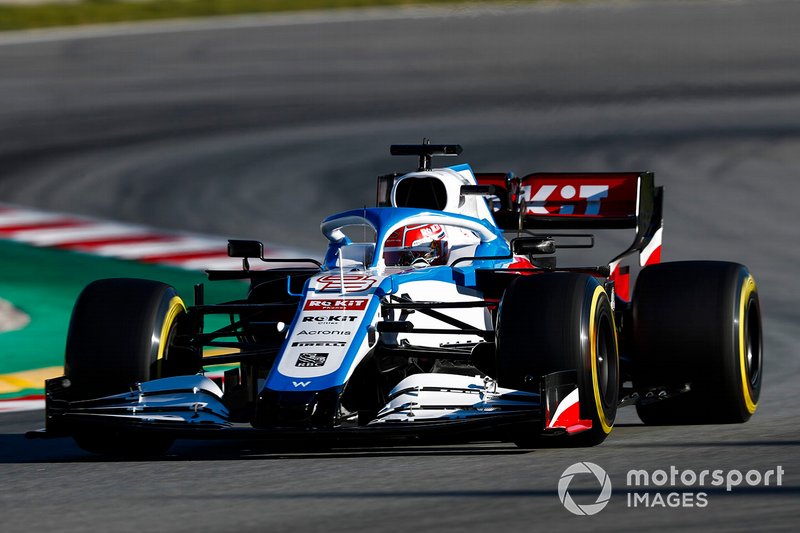 Russell says his virtual racing experience was relevant because of the pressure to get it right.

“I first started out as a bit of fun with my mates, then I soon learned they are pretty damn fast and pretty competitive. I was, obviously I’m at the back of the grid in real F1, I don’t want to come here and be uncompetitive.

“So I put a bit of effort in, put a bit of work in, and just having that competitiveness was great. It gave me that opportunity to stay sharp. Even though it’s virtual, when you get to the real race, there’s still a lot of things that are very similar.

“You can all do a quick lap time in practice, but when it comes to quali you’ve got to do the job and that pressure’s there, it’s a different story.

“And also a race start, cars around you waiting for the lights to go off, when you’re sat on the grid and you’ve got those five red lights coming on, and you’re quite anxious and ready to let go of the clutch.

“That’s the same in the virtual world. Little things like that definitely didn’t hurt at all.”