Mercedes has struggled with extreme porpoising on its W13 car through the early part of the 2022 season, leaving it unable to challenge Red Bull or Ferrari at the front of the field.

Mercedes brought a raft of updates for its car to Miami, including a low-drag rear wing and a revised front wing endplate design.

While Russell warned the updates would provide no “silver bullet” to cure Mercedes’ struggles, he managed to finish second in FP1 before setting the fastest time of the day in FP2.

Russell’s lap of 1m29.938s saw him finish one-tenth of a second clear of Ferrari’s Charles Leclerc, while teammate Lewis Hamilton was a further one-tenth off in fourth place.

But Russell warned it was “absolutely” too early for people to get ahead of themselves about Mercedes’ pace, admitting he was unsure why he had been so quick out of the blocks.

“I don’t really understand it, to be honest, why we hit the ground running,” Russell said.

“We always knew ahead of this weekend that the conditions should suit us better, because we’ve been struggling a lot with tyre warm-up, even in Bahrain when the track was really rough.

“But this is the first real hot race of the season. So for sure that’s played a factor. The car’s working well, but it’s only Friday, so not getting carried away.” 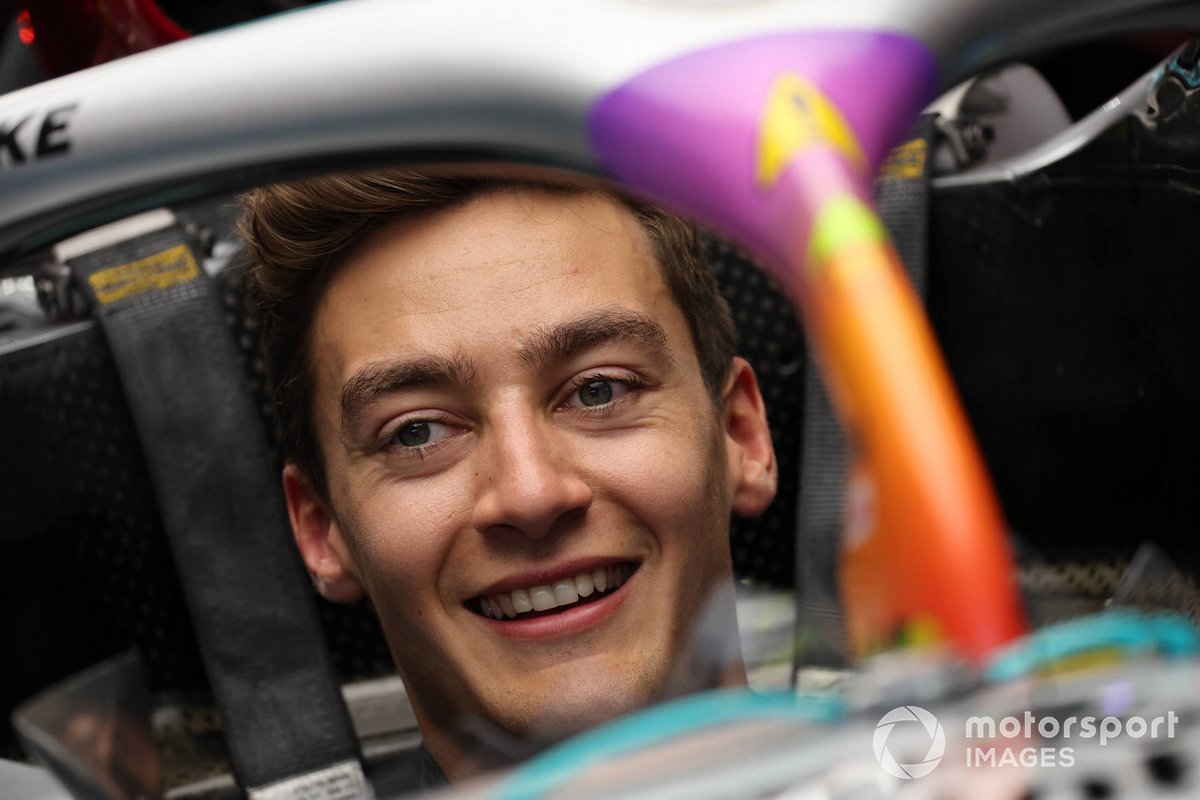 Russell added that he was “not too sure” if the updates had given Mercedes a better understanding on the development direction it was taking with the car, but acknowledged it had been a good day for the team.

“When I got out of FP1, I was straight into the stewards’ office because of the pitlane incident with [Esteban] Ocon,” Russell said.

“Then straight into FP2, I was working with my engineers to maximise the set-up and leaving it to the boffins to work out if this was the direction to go.

“It’s definitely been a really productive day for us, and probably the most productive Friday we’ve had.”

Asked what his message would be to Mercedes fans, Russell replied: “What I’d say is practice means nothing, and we go again on Saturday.”

Hamilton was also wary of reading too much into Mercedes’ pace, and said that while the car “feels similar” with the updates, the feedback from the team had been positive.

“We seem to be quicker here, and later on they kind of explained to us that we definitely have improved in some way,” Hamilton said.

“I’m not sure where that is. But we still have the bouncing, so we haven't cured it, but I think just bit by bit with improving the car.”