George Russell felt “disappointed in myself” after a mistake on his final lap in Q2 for the Formula 1 Turkish Grand Prix cost Williams another “special Saturday” result.

After starring in damp conditions to take second on the grid at Spa and third in Sochi, Russell hoped to excel after drizzle through the afternoon left the track damp for the start of qualifying at Istanbul Park.

Russell made it through to Q2, but an error on his final lap at the end of the session cost him time that meant he could only take 13th on the grid.

Russell felt he should have been “well inside of Q3” with his last lap time, having fallen four tenths short of Lando Norris’s cut-off time in 10th place.

“It's very frustrating because that lap would have probably been good enough for P5, a good six or seven tenths inside the Q3 cutoff,” Russell said when asked about his qualifying by Motorsport.com at Istanbul Park.

“I was really pushing my limits and went over it twice today, which is two too many mistakes on my behalf.

“I’m a bit disappointed in myself, you know, we need these conditions to offer these opportunities. Today was an opportunity and I missed out.” 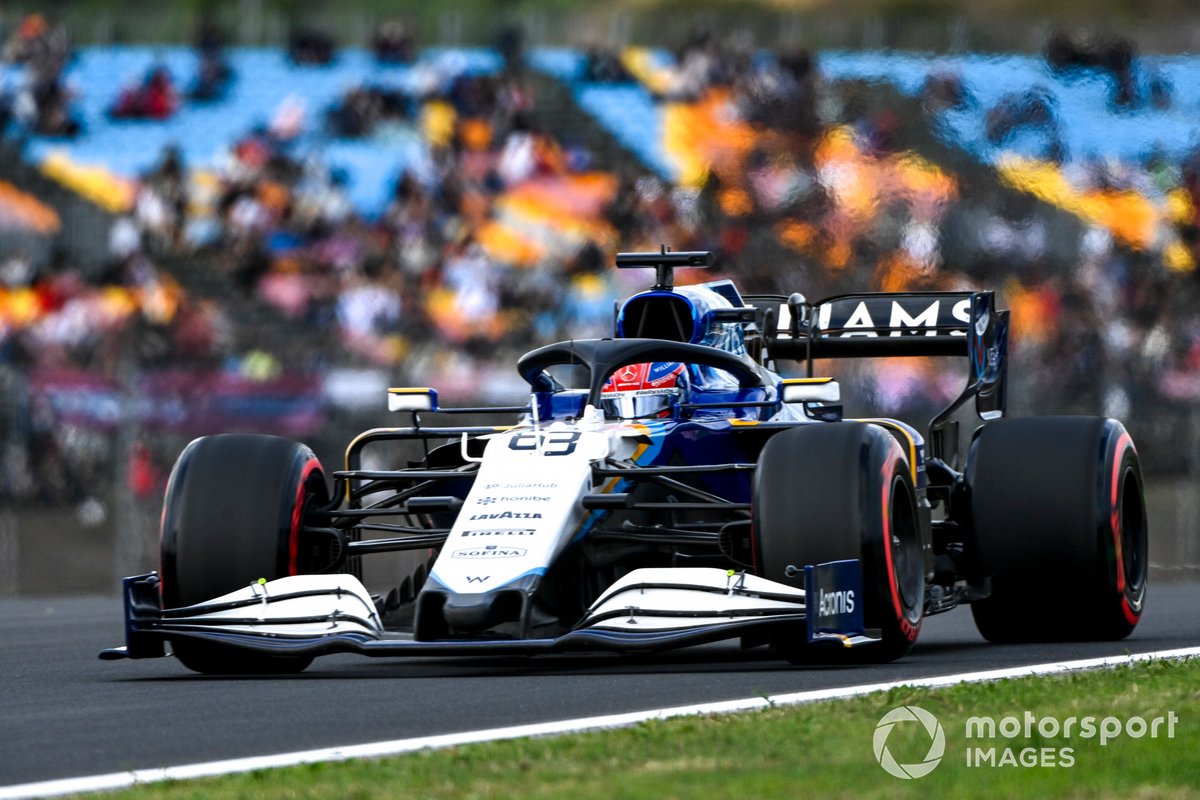 Russell said that it was “really difficult” for drivers to judge where they could and could not push in the damp conditions after running on slicks throughout qualifying, but still felt he could have produced another impressive result for Williams.

“All the drivers are in the same situation, and it's where I sort of pride myself to try and make a bit of a difference,” Russell said.

“Today we had the opportunity, and we were one corner short of having another one of those special Saturdays.”

Russell felt that Williams made a step forward in performance compared to his running on Friday, and while he doubted a repeat of a Spa or Sochi result would have been possible, he was frustrated not to be starting higher up the grid

“The pace of the car was not there yesterday we were very slow, but today we got it fired up in these difficult conditions, [could have] made the most of it,” Russell said.

“But here we are, starting P13 tomorrow rather than potentially inside the top 10.

“Starting inside the top 10, if you make a good start you can easily find yourself top eight, top seven, after the first lap everything's different.

“With a stellar first lap tomorrow we'll be top 10 at best, and with the inherent car pace, it’s not enough.

“It'll be a long race tomorrow, I don't know if anybody knows what the correct strategy will be so it'll be interesting.”