Alexander Rossi says that despite his position as reserve driver for the Manor Formula 1 team, he has “zero idea” if he’s going to be asked to race this year, nor has he decided if he will be in F1 or IndyCar in 2017. 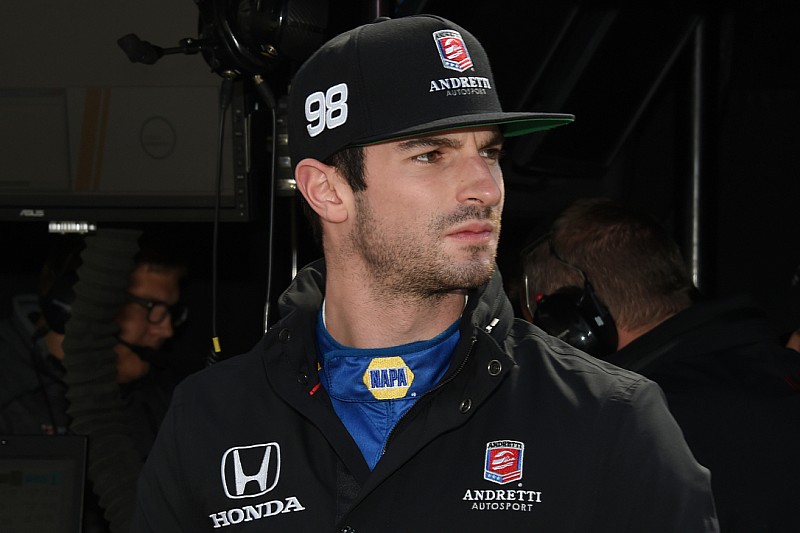 Rossi, who raced five grands prix for Manor last year and also finished runner-up in the GP2 championship, only signed his IndyCar deal in February this year as it became clear that Manor needed at least one pay-driver onboard in 2016.

Rossi won the 100th running of the Indianapolis 500 and has made notable progress relative to de facto team leader Ryan Hunter-Reay.

However, he is on a one-year contract and with Formula 1 still being his ultimate ambition, Rossi's position regarding his F1 chances post-IndyCar season or next year, remain unclear.

He told Motorsport.com: "My role as reserve driver for Manor is that if they're short of drivers then I'm there to fill in. Whether that is something that happens or not, I have zero idea.

"I'm just focused on IndyCar through Sonoma [the season finale in mid-September]. I'm also focused on looking at the potential future in IndyCar beyond that.

"At the same time I have a contractual situation with Manor so if they need me for a certain situation, then we need to look into that. But there have been no specific discussions about me driving for them for the remainder of this year."

Asked if there was a chance of him racing at the US Grand Prix at Circuit of The Americas in October – especially given the rampant speculation regarding Rio Haryanto's future with Manor following F1's August summer break – Rossi replied: "I'd be lying if I said I wouldn't be interested but at that point in the year I may have something already put together for the future which may cross that from the list anyway.

"A lot of things would have to align for that to happen, and again, there have been no discussions about it. So given how long things take to happen in this sport, I don't imagine it's going to happen.

"Let me put it that way, I'm not going to be replacing anyone at Manor. I don't know Haryanto's position; I've read the same reports and rumors as you have but I don't know what the actual scenario is.

"If, for example, Rio's commercial sponsorship comes through, then I won't be driving. If someone gets hurt or someone gets sick, or for whatever reason doesn't have a commercial partner, then I can stand-in. But it's not like after Sonoma ends, I'm off to Manor to get a seat made."

Talks not confined to Manor and Andretti

Asked whether he had anything in place for next season, Rossi said he didn't know, but did admit there was more than one team on his radar in both the Formula 1 and the IndyCar paddocks.

"That's what everyone does at this time of year if they don't have anything locked in for next season. That's just the intelligent thing to do because budgets are changing, drivers are moving.

"But I wouldn't say there's been anything that's made it so there's a clear decision, where I've thought, 'Oh, that's way better than anything else I've been offered so that's what I'm going to do.' It's more the normal talking to people here and there and wait and see what happens in the next couple of months."

Rossi hinted that were he to stay in IndyCar, his inclination would be to stay put. He said: "The team we're talking to the most is Andretti-Herta. I'm really enjoying being on this team and I love working with Michael and Bryan.

"I mean, we've had our fair share of challenges but I've felt comfortable and at home here from the very beginning. On top of that, I enjoy working with [teammates] Ryan [Hunter-Reay], Marco [Andretti] and Carlos [Munoz].

"I think it's a great organization, they've been at the top of this sport for a long time and they've had a rough couple of seasons, but I don't anticipate this being the case forever."

Lance Stroll: Verstappen the "perfect example" on my path to F1