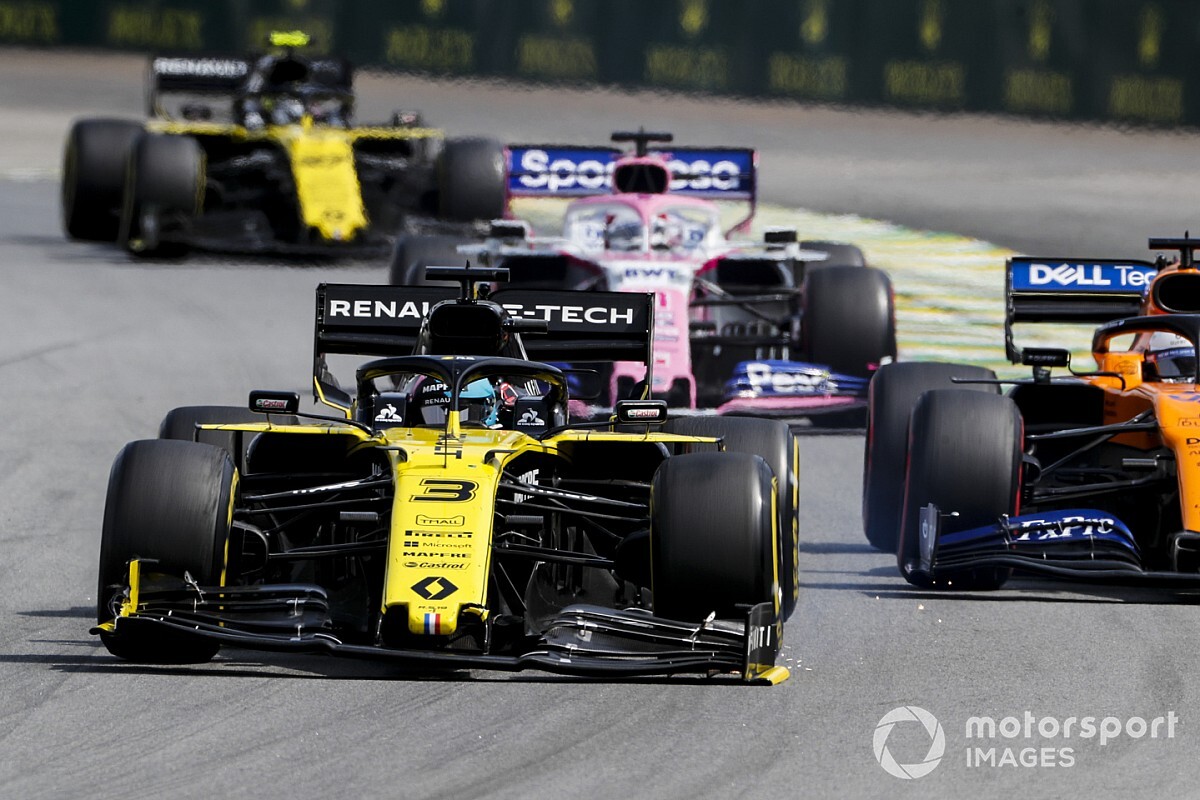 F1 stakeholders have been toying with the idea of introducing reverse grid sprint races as an occasional replacement for qualifying for the past couple of years.

With both the Red Bull Ring and Silverstone set to host multiple events as part of the revised 2020 calendar, a recent proposal was made to change the weekend format for the second race held at each circuit.

This would have seen a sprint race starting in reverse championship order set the grid for the second race at each track.

However, the proposal was rejected after Mercedes voted against its implementation, saying F1 did not need a “gimmick” to create more exciting racing.

Renault driver Ricciardo said that while he could see the appeal of a reverse grid qualifying race, he did not think it was an area F1 needed to focus on fixing.

“I’m not always old-school, but I guess it’s not really the first on our priority list of things to change in the sport,” Ricciardo said in an Instagram Live interview with the official F1 account.

“I can see how some fans would be like ‘yeah, it would be great to have the fast guys trying to come through the field’ and all of that. I see that point of view.

“There are a lot of scenarios where it wouldn’t work, and it would make things a little messy.

“I can see why from a couch potato [point of view], as I am right now, it could be exciting.

“But I think from a purist and a real racing point of view, I don’t think we need to go there just yet. That’s the best way to say it.”

The push for reverse grid qualifying races has been ongoing for some time in F1 as part of series owner Liberty Media’s push to tweak weekends and improve the on-track spectacle.

The recent vote marked the closest the plan had come to receiving the green light, but failed to receive the required unanimity among the teams.

Red Bull team boss Christian Horner feared the back-to-back races at the same track would lead to a similar result in both events.

"The problem is that if we just repeat the same format at the same venue, the result is likely to be very similar,” Horner told Motorsport.com.

"I think we've got an ideal opportunity to try something different. And, as long as it's clear going into the championship from the first race, and it's not something that changes during the season, then we certainly wouldn't have an issue with that.

“Unfortunately, there was one team that was against. So it will be a shame to lose that opportunity.”