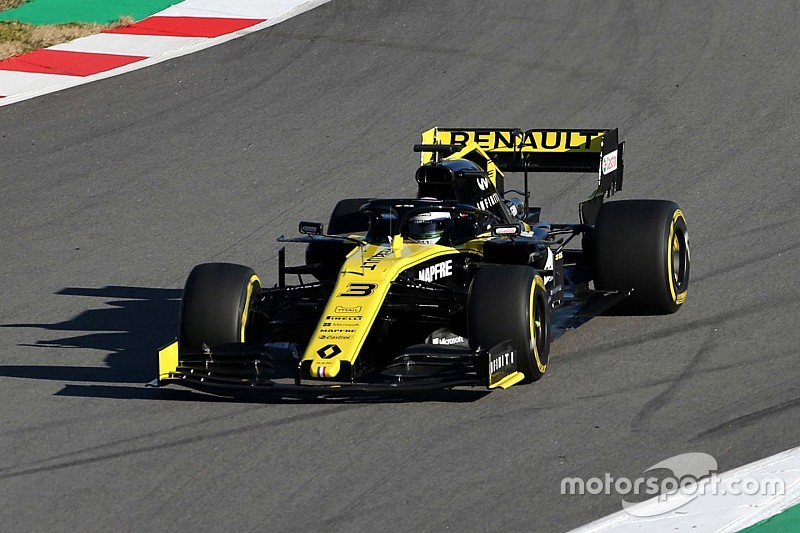 Daniel Ricciardo has made his on-track debut with the Renault Formula 1 team as its RS19 hit the circuit at Barcelona for a shakedown after all.

Renault had admitted delays to its build schedule meant it might have to cancel plans to use part of its filming day allocation to run the car ahead of the start of official pre-season testing at the Spanish Grand Prix venue on Monday.

The team's F1 managing director Cyril Abiteboul said at its car launch event on Tuesday that the shakedown "may or may not take place" and hinted that even making the start of testing on Monday would be tight.

"We should have a motorhome and a coffee machine working, but that is as far as I am 100% sure!" he joked.

But on Saturday afternoon Renault released videos on social media showing Ricciardo leaving the Barcelona garage to begin a shakedown run and completing his first lap in what would ultimately be a 21-lap run.

"I'm happy to get a first taste in the RS19 today in Barcelona and I'm looking forward to pushing on and learning more with the team over the next couple of weeks," Ricciardo said.

Renault has not yet announced how it will split running between Ricciardo and teammate Nico Hulkenberg next week.

Ricciardo made a shock decision to leave Red Bull for Renault last summer, despite his previous team being a frontrunner and Renault still lagging behind the top three.

He said earlier this week that he accepted he was likely to start the season behind his former employer, but hoped he could emulate at Renault what Lewis Hamilton had achieved when he left McLaren for Mercedes ahead of 2013.

"I guess the dream was getting the team back to winning. That is really the big dream," said Ricciardo of Renault.

"I guess I had that with Red Bull as well and they came from winning ways and then fell off that a bit and then were trying to get that back.

"We got some wins but never really got the massive success that we were after.

"So I am still after that on a personal level. Absolutely that is the dream, to build this back up.

"What Lewis did at Mercedes, there is definitely part of that which inspires me. If I was able to do that here, I wouldn't complain."