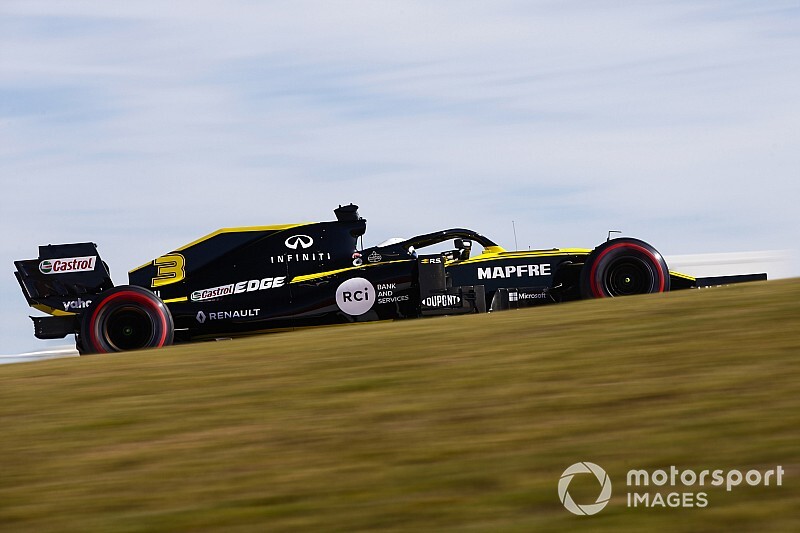 Daniel Ricciardo admits he and his Renault Formula 1 team were left "scratching our heads" at some of the lows they endured during the 2019 season.

Ricciardo joined Renault from Red Bull for this year and scored a best result of fourth, in Italy, but was only ninth in the drivers' championship as Renault slipped to fifth in the constructors'.

The team failed to build on its fourth-place finish in the championship last year and had a rollercoaster season, performing better on low-downforce tracks as its aerodynamic deficiencies came to light.

Ricciardo said: "I expected lows, and I think in any team you expect some lows because even if Mercedes is used to winning, then a fourth place is a low for them.

"The high was kind of in line – a top-five, whatever I knew was there. But the lows at times we were like scratching our heads. Like, 'we shouldn't be this far down'.

"We're not going to be a top-five car maybe every race, but to be running P14 or something, we thought we were done with this.

"So that was where there was a bit more, I guess, head-scratching and the reality of still we've got a lot of work to do."

Ricciardo said he was pleased by how his team responded to those difficulties, calling them "fuel for the fire".

He said Renault could have thought "we were kidding ourselves" with its bid to break clear of the midfield and accepted "this is where we belong" - and is glad the team didn't slip into this mindset.

Ricciardo also explained how the fierce midfield fight forced him to evolve as a driver through the season.

Asked by Motorsport.com about what he had learned, Ricciardo described the battle as "fun" and one that "keeps you on your toes".

"But I think the biggest thing is understanding how to be perfect," he said. "It's so easy to overdrive and to try to get that extra tenth, and you end up losing a tenth.

"It's trying to remain composed. You're always trying to get the most out of the car but I think [it's] just being more conscious of what a bit of overdriving does.

"Especially with the midfield, the car is obviously not as good as the front guys. So if you do have a slide, I think you lose more time and overheat the tyres and you seem to pay a bigger price.

"Learning when to be sensible and when to try and get a bit more out of it, it's taught me probably just a bit of discipline over anything else.

"Because the long and short [of it] is you're always trying to drive as hard and fast as can. But picking your moment is probably the best way to put it, a bit of discipline and experience."