Williams "blown away" by Russell's approach 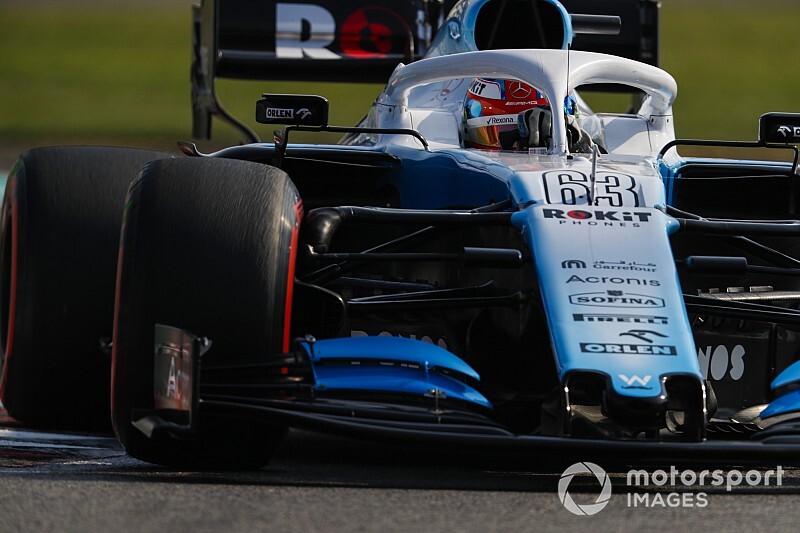 Williams' deputy Formula 1 principal Claire Williams says she was "blown away" by rookie George Russell's approach and performances during the team's trying 2019 campaign.

On the heels of a disrupted pre-season, the Grove-based outfit spent the year firmly at the back of the pack and almost always significantly adrift of its competition, with its two drivers Russell and Robert Kubica usually left to battle exclusively among themselves.

And though Kubica capitalised on the opportunity to pick up Williams' sole point of the season in a chaotic rain-hit German Grand Prix, his Formula 2 champion was the team's benchmark performer and bested Kubica in every qualifying in 2019.

"I've been blown away by George," Williams told Motorsport.com. "Unless you are inside this team you don't really know how hard it has been. George understood what he was coming into and he could see it himself, but we very clearly warned him what it was going to be like.

"And from the get go he has really behaved in a way that you could say is exemplary because it's been tough for him, not having a car that he would like to have.

"It has been tough for him seeing his peers that have graduated from F2 at the same time [Lando Norris and Alex Albon] get into machinery that is far more competitive than he's got.

"He' s one of those drivers that when he does have a [competitive] car, he's going to really light things up.

"We see him on a Saturday in qualifying - and people might not focus on what George Russell does because he's in a Williams at the back - but he gets in that car, and the boys gather around the TV screens and they're excited about watching him.

"It's a bit like Nigel [Mansell], he just extracts everything that he possibly can and yes it might be a second off getting into Q2 but he's still banging in some pretty impressive laps.

"And outside the car as well, considering this is his first year, the knowledge that he has on how a Formula 1 car works and [how] to translate that into useful information that the engineers can then use to develop has been impressive.

"And he's been able to maintain this demeanour that he has. Everyone knows and loves George because of the personality that he is. I can't speak highly enough of him and him.

"I am enormously grateful to George because he has very quickly understood the role that he can play in keeping team morale up empty space. Yes, he has the occasional moan like we all do, but he has held his head high and he's done everything that we've asked him to do.

"But he's also gone above and beyond that and really played a huge part in maintaining morale in this team and leading it in that sense."

Russell, who has repeatedly spoken of relishing the challenge of leading Williams out of its current predicament, is a protege of the team's engine supplier Mercedes and has a deal with Williams that runs through 2021.

The Briton says it would take something "drastic" for him to depart the team before the end of his contract.

"George is very much next-gen Williams, and that's really exciting," Williams continued. "I'm very proud that we have a driver like George driving our car, flying the flag for Williams in the way that he does because he ticks every box in what we want to have in a racing driver.

"I just want to make sure that we can give him the car to really show what he can do."