Hulkenberg F1 exit would be "difficult" to take - Renault 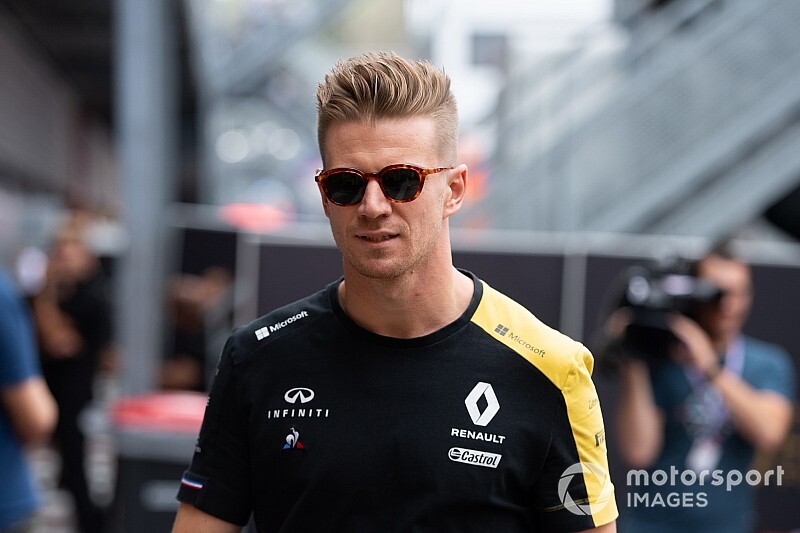 Renault Formula 1 boss Cyril Abiteboul has admitted it would be “difficult” if dropping Nico Hulkenberg forced his outgoing driver to leave the championship entirely.

Hulkenberg will leave Renault after three seasons after the team opted to sign Esteban Ocon alongside Daniel Ricciardo for next year.

At the time, Abiteboul said one of the factors was the optimism that Hulkenberg would be able to find another seat on the grid, and he was heavily tipped to join Haas in place of Romain Grosjean.

However, Grosjean has been retained by Haas for another year, Red Bull says Hulkenberg is “not on our list” for 2020 and Alfa Romeo has called current driver Antonio Giovinazzi its “focus” at the moment.

Asked how sorry he would be if Hulkenberg leaving Renault was to force him out of F1, with options now dwindling, Renault’s Abiteboul said: “It would be difficult. Because, I think I’ve said it on a number of occasions, we feel Nico has been a pillar in the team’s construction.

“He’s obviously also a great driver. He’s a huge professional outside of the track, has got huge experience.

“And, for me, whether it’s between Renault and Nico, or Formula 1 and Nico, it will be unfinished business.

“So, I can’t do anything but really hoping he will find a way forward. But it’s a bit out of our hands now.”

Having been dismissed as an option for Red Bull and Toro Rosso, Hulkenberg’s only chances are at Alfa – should Ferrari decide not to continue placing its driver Giovinazzi there in 2020 – or Williams.

However, Williams is known to prefer a driver with a budget, and Hulkenberg has also acknowledged the teams current struggles would be a negative factor to consider should he be offered the chance to return to the team where he started his career.

“That goes back to when everything with Renault was announced, as much as I want to continue in F1, for me it needs to make sense,” said Hulkenberg.

“It needs to be sensible, it needs to be the right deal. I’m not desperate to stay in F1 and just take anything.”

Hulkenberg said he was not “disrespecting” Williams with that comment as that applied to any decision he made, even if Haas had pursued him further.

Williams has been coy over Hulkenberg’s chances of landing a seat there without funding.

Deputy team principal Claire Williams said: “Someone of Nico’s competence or capability is always going to appeal to a team.”

She added: “It’s not an easy predicament that we’re in at the moment when it comes to that second seat and our financial considerations.

“But that’s not to say that we can’t potentially make a driver work that doesn’t come with backing. So we do have options available to us.

“We haven’t had any conversations with Nico, though.”

Spa F2 crash lessons could be rushed into 2020 F1 rules