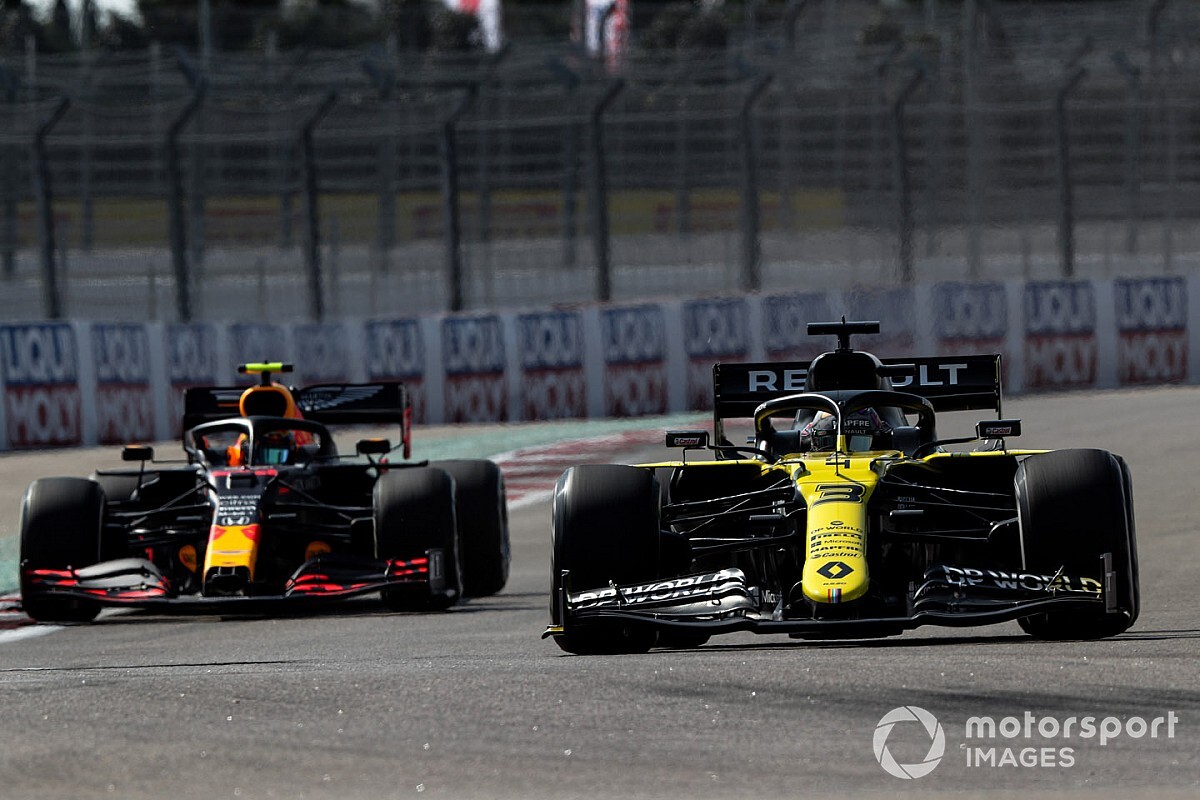 The current rules are due to remain in place until the end of 2025, and discussions are already underway about what direction F1 technology should take after that.

F1 managing director Ross Brawn has publicly acknowledged that no new manufacturer is likely to join the sport until new regulations come into force.

Abiteboul suggests that Honda’s withdrawal indicates that the current rules are not as successful as they should be, and that the change should be brought forward from 2026 in order to encourage other manufacturers to enter.

Honda announced last week that it will stop its F1 programme at the end of the 2021 season, leaving the Red Bull and AlphaTauri teams looking for a new partner.

“I want to be very clear that we take no satisfaction in the Honda situation,” Abiteboul told Motorsport.com.

“We need to draw some clear conclusions from this situation, and it’s something I’ve been urging the governing body to look at more carefully.

“The engine situation is simply unsustainable. In particular from an economic perspective, but also from a technology perspective.

“I would expect that this development triggers some harder thinking about the scheduling of the next generation of power trains.”

Abiteboul concedes that under the current rules the sport is not attractive to new manufacturers given the resources required to develop a competitive package.

“The entry ticket is so high in terms of costs, but also in terms of technology,” he said.

“Even if you spend an awful lot it’s going to take you a while before you get there. We’ve seen a demonstration of that, although obviously now we’re feeling a bit better.

“But you could be standing on an island and saying it’s all good and fine because we’ve crossed the sea, but that sea is simply too wide and too hard for the sustainability of F1.

“There has been a bit that has been done, but it’s not enough. We need to be harder on that. Just like we’ve done a lot on the chassis side in the last few months, we need to hit very hard on the engine side if we don’t want F1 to be hurt on this aspect.”

Abiteboul agreed that Honda’s stated reasoning for its withdrawal – focussing on its plans to pursue sustainability and carbon neutrality – did not reflect well on F1. He says that the sport as a whole has not effectively promoted its efficiency credentials.

“It’s just more evidence that we have failed in putting together the right messaging and the right marketing of these engine regulations, which are mind blowing – there is nothing more advanced in the world in terms of automotive powertrain.

“There is nothing that even gets close to this efficiency level for light vehicles, so that’s remarkable.

“But it’s just as remarkable to have failed so badly in explaining to the world and getting the world to understand what this is all about, and the windfalls that could impact more mainstream technology.

“It’s just a demonstration that when the perception is wrong at the start it’s very difficult to change it, and I guess we need to think very hard collectively about what we’ve done wrong and how we can change it.

“Ask also if we can change it within the current regulations, or if we need to change the regulations so that perception also changes? I don’t have the answers to those questions.”

Abiteboul says the manufacturers can do more to promote their technology.

“It’s a little bit sad that we’ve not made a collective job at that, not just Honda, it’s all of us. F1 has missed an opportunity of leveraging an asset that we have.

“It’s just the basics of marketing, we need to get the world to know what we’re doing, not simply do it and complain about it.

"Every now and then when drivers are talking about the engines, it’s to complain, and it’s very unfortunate that we have very little opportunity to talk about how amazing the engines are.

“Equally I accept that it’s difficult, and maybe we need to ask ourselves if we need to have that level of technology in the engines if technology is only deemed to be detrimental to the competitiveness of a team and of a car.”