Renault has revealed that its 2019 Formula 1 car is an all-new design – with only the power steering system being carried over from last year.

While new aero regulations aimed at helping overtaking have forced teams to redesign cars for the new season, Renault has elected to change almost everything in a bid to find more performance.

Renault executive director Marcin Budkowski says that its quest to produce the fastest car possible has increased stress levels because of the amount of work necessary, but thinks the gains will be worth it.

“It is always challenging to get a car with thousands and thousands of parts, and the only thing we carried over from last year’s car is the power steering,” said Budkowski, when asked by Motorsport.com about progress with the 2019 car.

“That gives you an idea that all the rest [of the car] is changing, and it is changing because we are trying to squeeze more performance from every area.

“It is a big effort to do everything from scratch, plus the [new] regulations, but it is a performance goal. The later you leave it, the more performance you have, but the more stressful it is to get it out on time.”

Renault has passed its mandatory FIA crash tests and it scheduled to launch its 2019 car at its Enstone factory on February 12, prior to testing beginning the following week.

Pushed on whether the car was on schedule to make the first test, Budkowski said: “It’s tight. Very tight. But it is always tight.

"And if it wasn’t tight you would be wrong, because by definition you leave everything as late as possible to try to get as much performance as you can before you commit to manufacturing the parts and getting them onto the car.

“We have left it late, but hopefully it is for the right reasons in term of performance and we will get a car just in time for the first test and the launch. That is how it should be.”

As well as the steps coming from the chassis, Renault remains upbeat about its new engine design too – although the key factor will be reliability.

“We are very optimistic on the engine side, but the engine side is like the chassis side, it is never finished until you actually close the engine that is going to go to the first race,” added Budkowski.

“It is very promising in terms of performance, but we still have to dot the i’s and cross the t’s in terms of reliability and durability, which we are doing now in Viry.

“We are still working on the engines that will start the year, and in the end performance and reliability is a trade-off. You can extract more performance from any engine, but it might not last the number of races and numbers of sessions you want to.

“So we have to see where that cursor stops in terms of performance versus reliability, but we are optimistic.” 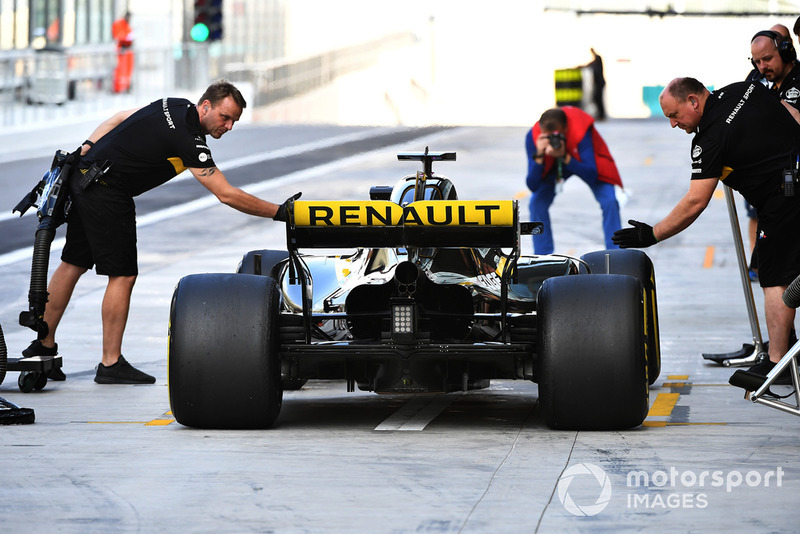