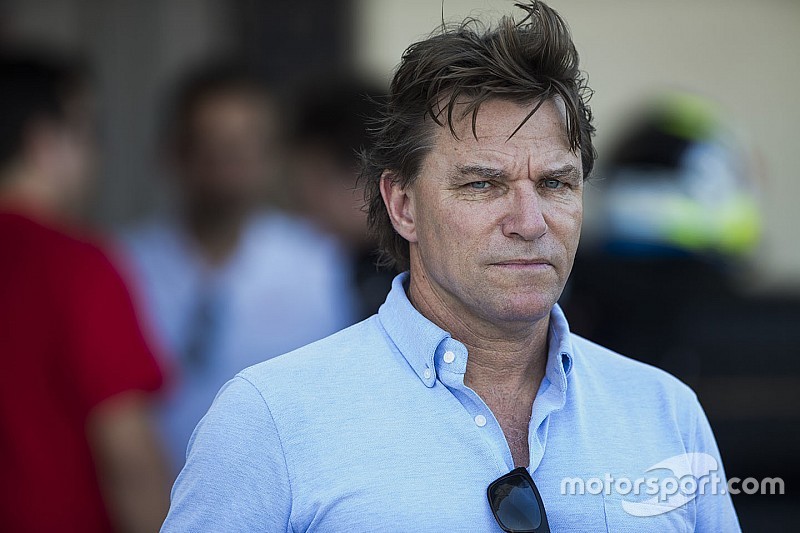 Stefan Johansson was lucky to escape with his life when his McLaren-TAG hit a deer during practice for the Austrian Grand Prix in 1987. Sam Smith met up with the Swede to recall a frightening episode.

Last Christmas Eve, I was enjoying a bike ride early one morning through the delightful Tatton Park, just south of Manchester. Cresting a rise on one of the perimeter roads sat a deer.

Both of us were startled and the be-antlered one blinked first and fled. It was a beautiful moment and I almost felt guilty for disturbing its peace, but it was soon on its majestic way, unimpeded.

Stefan Johansson found himself in a similar situation some 27 years earlier. The only problem for him was that he was doing approximately 180mph at the time in a McLaren-TAG Formula 1 car!

It is August 1987 and during the morning free practice session at the majestic Osterreichring, a circuit for the Gods set in the Styrian Mountains, Stefan Johansson was on a hot lap in his TAG-Porsche powered McLaren MP4/3.

If I had have been perhaps 10 inches to the other side, it would have hit me and taken my head off, no doubt about it.

Cresting the brow of a hill just before Jochen Rindt Kurve, a small red deer wondered on to the track and began to sit down.

“The whole episode still gives me the shits when I remember it,” said Stefan, when Motorsport.com met up with him for breakfast earlier this month.

“You crested that brow completely blind and pointed the car at a marshals' hut on the outside of the corner, so you got the optimum line for the next turn.

"As the car reached the peak of the incline and went a little light, I saw the deer and it was just beginning to sit down in the middle of the track.”

At this split-second, one of total terror for Johansson, his life was utterly at the mercy of luck. Even a small deer can weigh 200lbs and with no time to react, it was just a question of where the McLaren impacted it and what the consequences would be.

“I didn’t have time to do anything at all, not even attempt to brake,” remembers Johansson. “It hit on the left-hand side and I can remember the sound to this day - awful. It was a really massive impact.

"It ripped the whole left-side of the car clean off. The suspension pick up points were ripped out of the chassis, the monocoque was destroyed.

"If I had have been perhaps 10 inches to the other side it would have hit me and taken my head off, no doubt about it.”

A horrible incident, and the shock to Johansson most have been completely terrifying. Yet still it was not over. With no steering and no brakes, he skated across the wet grass and gave the Armco barriers several mighty blows.

“I just remember pulling my legs up as far as I could, crossing my arms and hoping for the best,” he recalls. “It was a monster hit and I broke a couple of ribs.

"I did the race, but I was in so much pain it was really unpleasant. I remember that Ayrton [Senna] was behind me, maybe 10 car lengths away in his Lotus and he got blasted with what was left of the deer.

"I don’t think he was very grateful for that afterwards!”

Johansson brought his McLaren home a brave 7th, and had to be helped from the cockpit in parc ferme, such was his discomfort with the rib injuries.

He counts himself fortunate to this day, especially in light of Cristiano Da Matta’s horrific accident at Elkhart Lake, where the Brazilian was grievously injured after a similar impact with a deer in 2006.

Thankfully da Matta recovered and went on to race again in Grand-Am and ALMS after extensive brain surgery.

At 59, Stefan, known throughout his career as ‘Little Leaf’, or “Lill-Lovis” in Swedish, still loves his racing and is aiming to again take part in the Le Mans 24 Hours next year with the Gulf Racing Team.

Recovering from a broken leg last summer after an accident at Shanghai in a GT Ferrari, Stefan still has the same racing passion that forged a superb career that took in the 1980 British F3 title, 12 F1 podiums, two Sebring 12 Hours victories and the 1997 Le Mans 24 Hours win with a Joest Porsche.

A blessed career then. But the popular Swede was never more blessed than that split-second one Saturday morning in August 1987, in rural Austria.

Ricciardo: Red Bull will bounce back stronger than ever