Red Bull boss Christian Horner insists his team never laid out a target for the number of wins it wanted to achieve in 2019, despite motorsport advisor Helmut Marko's high ambitions.

On the back of an encouraging pre-season testing programme, Marko made it clear that he wanted the Milton Keynes-based outfit to win more races than it achieved last year.

That meant the team scoring five victories this campaign, with it having taken four in 2018 when it was partnered with Renault.

But with the team needing a step up if it is to be able to take on Mercedes and Ferrari regularly, Horner insists that Marko's vision was not one that the team set itself.

Instead, Horner insists that after years of frustrations with Renault, the outfit simply wanted to mark its first year with Honda in 2019 having made progress.

"Helmut obviously likes to take an optimistic outlook and we are only three races in," said Horner about what the team now hoped to achieve this year. "From a team perspective we have never set any targets in terms of race victories. Our goal is about closing that gap."

Horner is clear that the success of the campaign can only be judged at the very end, because it is pointless trying to lay out specific milestone achievements to judge the job it is doing.

"It was Ferrari in Bahrain and it was Mercedes in China, and obviously everyone is working as hard as they can to close that gap. To say it is by this race or this race, history dictates it is a fallacy."

One encouragement that Horner is taking from the season though is the way that Max Verstappen has managed to take a decent haul of points in the first three races – including a podium in Melbourne.

Horner thinks keeping up consistency at this stage of the campaign is essential if the team is to capitalise on what it hopes is better form later in the year.

Verstappen is currently third in the drivers' championship, ahead of both Ferraris, and 29 points adrift of leader Lewis Hamilton.

"I think he has been very mature about it," said Horner about Verstappen. "He has driven three strong grands prix so far this year, and was obviously unlucky not to be on the podium in Bahrain.

"We see he had a go at Sebastian [Vettel] in China after the pit stop, and drive a very mature race to bring it home fourth. It is about points accumulation at this stage.

"It is still not that big a gap to the guys ahead, and he is still ahead of both Ferrari drivers in the championship at the moment. There is still a long, long way to go, so it's important you don't give away too much ground at this stage of the year." 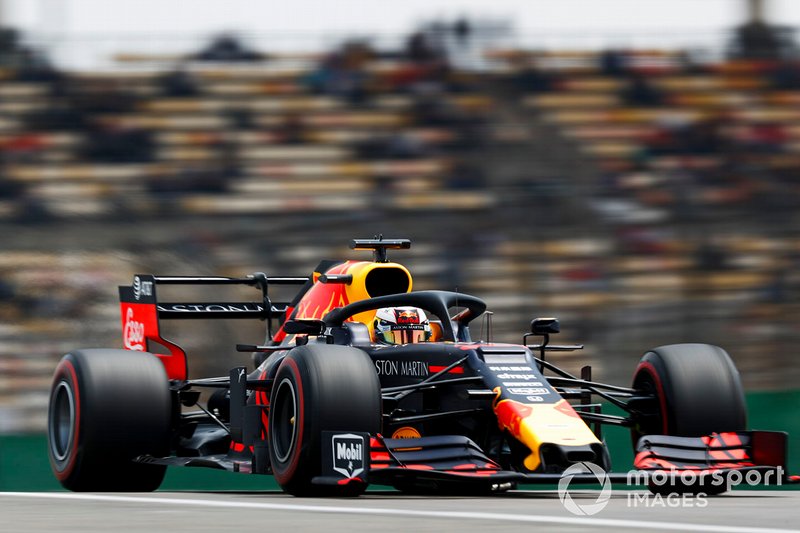 Promoted: Why you should go to the Italian GP

How F1 teams extract the maximum from their tyres