Could Red Bull really take on Honda’s engines in 2022? 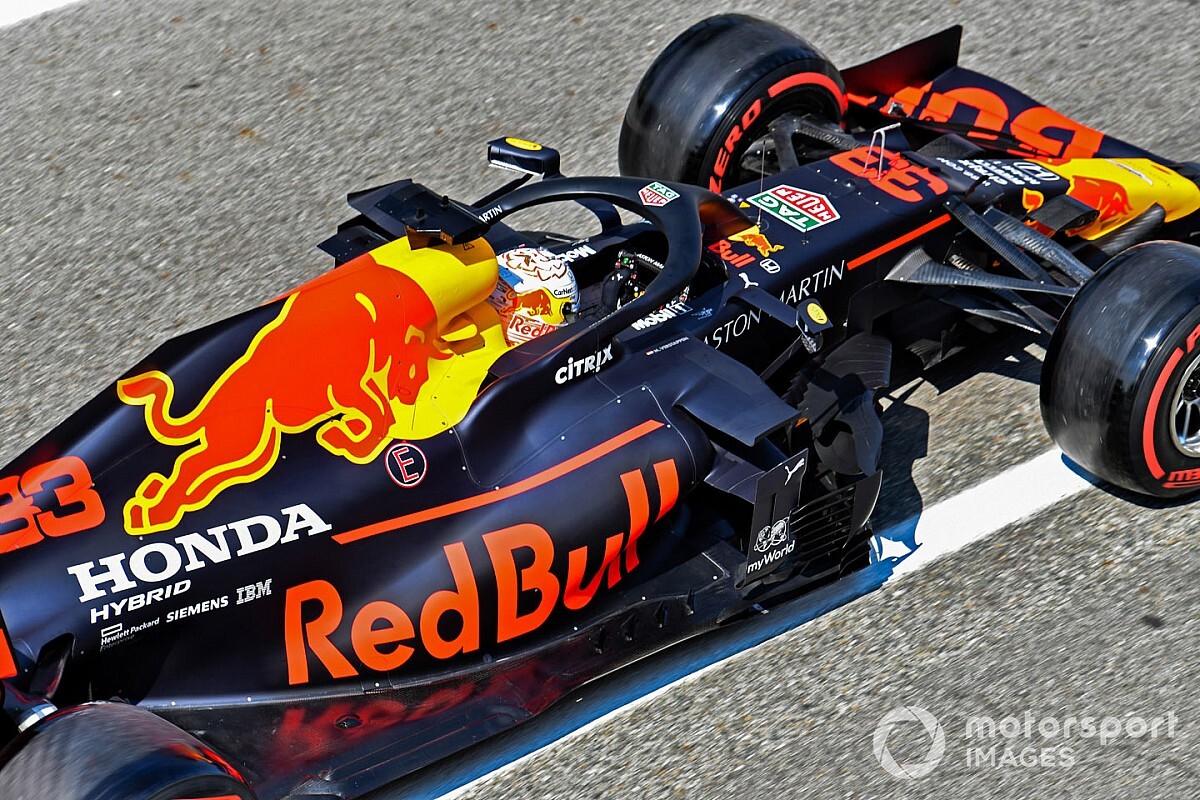 Since Honda’s announcement last week that it will quit Formula 1 at the end of next year, the focus has been on Red Bull over its next move.

With just three power unit manufacturers set to be on the grid in 2022 and no sign of any newcomers joining the fray, the options appear limited.

Given previous uncertainty from both Mercedes and Ferrari to supply Red Bull back in 2015, Honda’s exit meant Renault - the very team Red Bull was so eager to split with five years ago - looked like the most obvious option for the future.

But there was also an alternative that did not include any of the three remaining power unit suppliers: for Red Bull to take over Honda’s power unit development itself beyond 2021.

Team principal Christian Horner repeatedly said on Friday when asked about Red Bull’s next step that it had to “consider all options”, but was clear that it could not simply function as a “standard customer team”.

“The team’s aspirations are extremely high: it wants to win, it wants to compete and win world championships,” Horner said.

“We need to take the time to do our due diligence on the options that are available to us in order to finalise our thinking, certainly by the end of the season, and most definitely before the end of the year.

“We’ve got to consider all the options, and then make decisions following that.”

Asked directly how practical a continuation of Honda’s engine project by Red Bull could be, Horner moved to highlight the huge expense of the current power unit regulations in F1.

“When you look at the costs involved in the engine supply, they are enormous, and that is why Formula 1 has failed in its attempt to attract new engine suppliers and new manufacturers into the sport,” Horner said.

“It brings into real focus those costs, those cost drivers through the regulations. Honda’s withdrawal is a real shame for Formula 1, but also a real wake-up call.”

The wider issue of what F1’s future power unit regulations will look like is something all of the series’ major players are considering, but it does little to fix Red Bull’s situation in the short term. As things stand, there will be no new power unit ruleset in place until 2026, meaning Red Bull has a four-season period to cover.

Toto Wolff confirmed on Friday that Mercedes would not be interested in supplying Red Bull, and although both Ferrari and Renault have been more cautious, they’ve hardly been forthcoming.

Both Wolff and Renault counterpart Cyril Abiteboul doubted Red Bull would be reliant on the existing power unit suppliers.

“I have no doubt that Helmut [Marko] will have a Plan B,” said Wolff, with Abiteboul adding that he believed Renault was “very far [down] in the pecking order before they call us again”.

So could that Plan B mark a new engine project funded by Red Bull moving forward?

Honda F1 managing director Masashi Yamamoto said on Friday at the Nurburgring that the Milton Keynes base for its power unit operations were a “blank slate” were Red Bull to show interest, but added: “At the moment, nothing is decided.”

Horner talked up the fighting spirit being shown at Honda’s Sakura base in Japan and at Milton Keynes, and simply said “no formal discussions have taken place” about taking on the engine project.

To take on Honda’s power unit operation would be a huge undertaking for Red Bull, particularly at a time when F1 is on a drive to bring budgets down. Red Bull owner Dietrich Mateschitz has always stressed the importance of reducing engine costs in F1 - so to swallow that up himself and run an engine programme would mark a significant u-turn.

To give context of what that would entail for Red Bull, Mercedes’ engine plant at Brixworth currently has a staffing level of around 700 people, spread across its F1, Formula E and Project One programmes. Mercedes will supply three customer teams on top of its own F1 works operation from 2021.

Although Red Bull may not quite operate to the same level as Mercedes if it were to take on Honda’s engine programme - theoretically only serving itself and sister team AlphaTauri - and would likely work with a specialist engine partner, such as Mugen, to help the development, it would still require significant input on top of its existing commitment to F1 through its teams.

But there is at least the time for Red Bull to weigh up such a consideration, given there is around 18 months until the start of the 2022 season.

“We see in this sport that sometimes the unexplainable can happen, and it’s our duty to look at what is the most competitive way forward in 2022,” Horner said.

“We have the time, Honda have afforded us that time. If they had made that decision in the spring of next year or in the autumn of next year, it would have been a far worse scenario for us.

"We’re only just halfway through the relationship with Honda, and we’ve achieved a lot in the time that we’ve been together. We aim to achieve a lot more in the remaining time that we have together, and obviously there’s the bigger questions that need to be answered between now and the end of the year.”

Throughout all of Horner’s messaging about Red Bull’s future plans, though, were concerns about where F1 is at right now with its engine formula, and whether it needs to hasten plans to try and bring costs down and make it more appealing to new manufacturers.

“I think that we really need to consider, is 2026 too far away for the introduction of a new engine?” Horner mused. “What will that technology be? What should it be?

“They are questions that are going to need to be answered quickly in order to give a road map to what the future of the sport is.”

This rethink is something that Renault F1 boss Cyril Abiteboul has also called for, suggesting a group of experts come together to discuss what the next generation of F1 engines look like. McLaren’s Andreas Seidl - formerly Porsche’s chief when it was considering an F1 entry - has also highlighted the importance of outlining future direction, and the issues surrounding the cost and complexity of the current power units.

They are questions Red Bull will want the answers to before taking any decision about its future power unit option.

“It’s bad news for the sport that a manufacturer such as Honda has decided to withdraw for the reasons that they have.”

Wolff exit may lead to "bad turn of events" at Mercedes