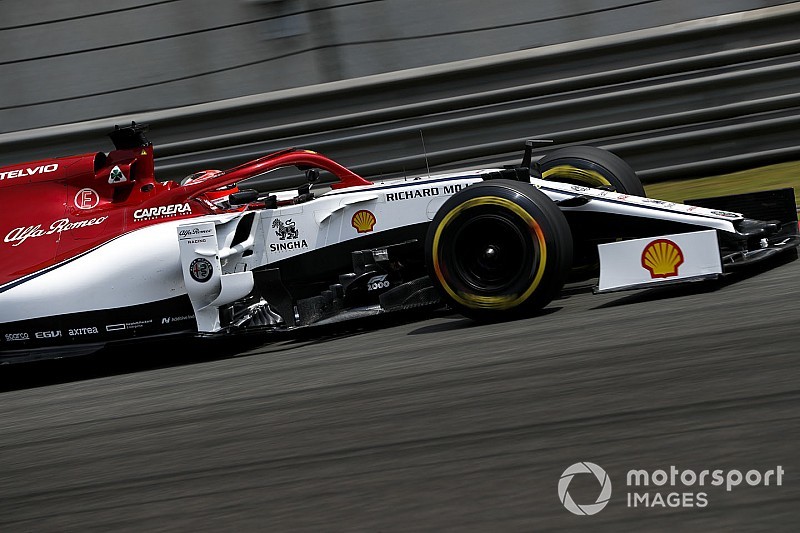 Alfa Romeo team boss Frederic Vasseur says Kimi Raikkonen gets more joy and motivation from Formula 1 as a "hobby", citing his driver sketching out his own brake pedal changes as an example.

Raikkonen said ahead of this weekend's Chinese Grand Prix that F1 feels more like a hobby for him since his switch from Ferrari to Alfa.

Vasseur explained that the 2007 world champion feels happy and motivated in an environment with high expectations but less pressure than its famous Italian engine supplier.

The Alfa chief said Raikkonen was able to switch off and relax when necessary but also paid attention to "every single small detail".

Raikkonen's proactivity and engineering nous has already been on display at Alfa in pre-season testing, when he repaired his own seat.

On track, he has scored points in both his races for Alfa so far with an eighth and a seventh in Australia and Bahrain, which have put him sixth in the championship and the top driver outside of Mercedes, Ferrari and Red Bull.

Alfa is also best of the rest in the constructors' contest too, despite Raikkonen's teammate Antonio Giovinazzi not yet registering a points finish.

Vasseur said that Raikkonen is not suffering from "the bad side of 'hobby'", or not taking his Alfa campaign seriously, because it brings the best out of him.

"It is a great approach, to be fully committed when he is at work and to release the pressure when you are outside of this system," he said.

"He doesn't take it easy. He is fully dedicated, fully focused and he is pushing like hell on every single detail. You can ask the engineers. Nobody will consider that Kimi is on vacation!"

Sainz says China has brought McLaren "back to reality"

Brown: McLaren full-time IndyCar return more “when” than “if”