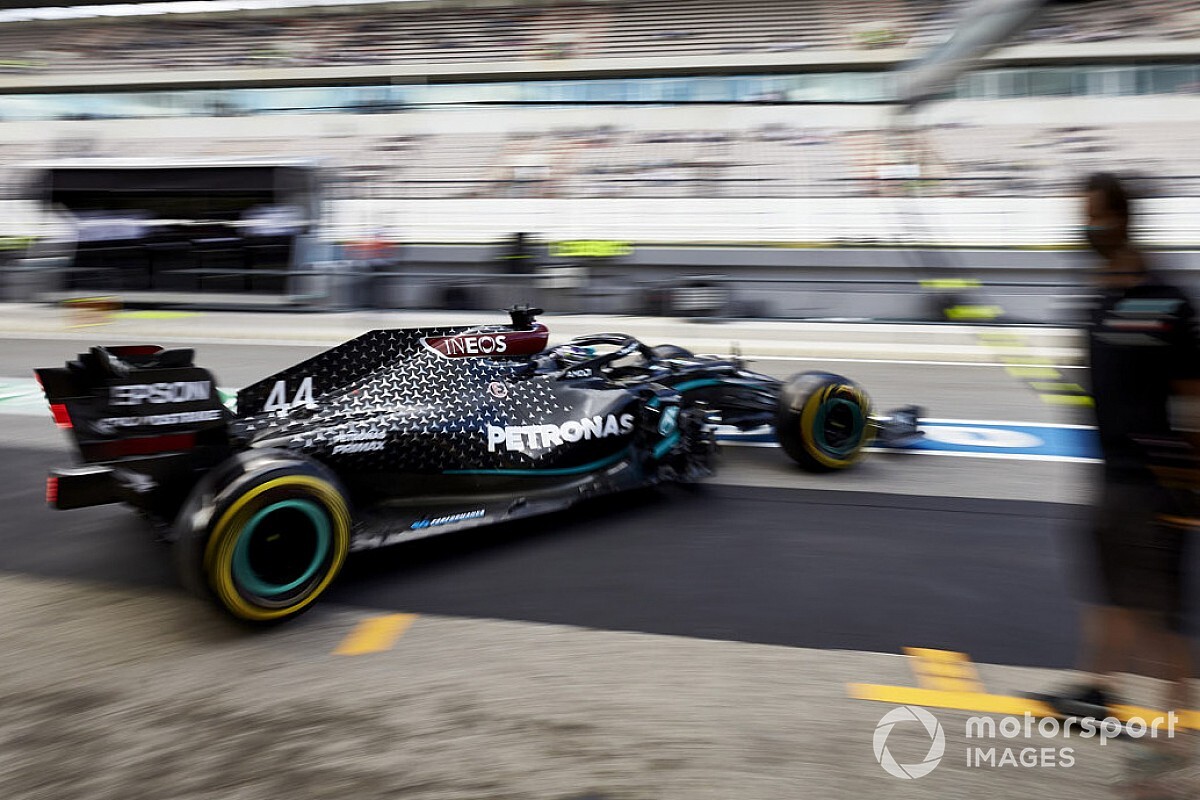 Mercedes’ Lewis Hamilton will start the Portuguese Grand Prix from pole position, the 12th round of the 2020 Formula 1 World Championship season, at Portimao ahead of teammate Valtteri Bottas.

After a 30-minute delay to fix a drain cover, the teams were unleashed for the first-ever contemporary F1 qualifying sessions at the Algarve International Circuit.

Bottas struck back with a lap of 1m16.754s, only for Hamilton to respond with 1m16.652s on his second flying lap (Bottas only had one) that sealed pole position.

Sergio Perez qualified fifth for Racing Point, ahead of Alex Albon’s Red Bull. The McLarens of Carlos Sainz and Lando Norris were next up, ahead of Pierre Gasly’s AlphaTauri and Daniel Ricciardo (Renault) who didn’t run after his Q2 off.

In Qualifying 2, Bottas was fastest on the medium tyres with 1m16.466s, 0.358s faster than Hamilton on similar rubber. Verstappen was 0.572s off in third, complaining of “no grip” despite using the softs, while Ricciardo escaped a spin at Turn 11 on his last lap to just make Q3.

Knocked out at this point were Renault’s Esteban Ocon, Lance Stroll (Racing Point), Daniil Kvyat (AlphaTauri), an impressive George Russell (Williams) and a less impressive Sebastian Vettel (Ferrari), whose gamble to make Q3 on mediums, like teammate Leclerc, failed by a long way.

In Qualifying 1, Hamilton set the fastest time at 1m16.828s, 0.051s quicker than Verstappen, with Bottas a tenth off the pace.

Falling at the first hurdle were the Alfa Romeos of Kimi Raikkonen and Antonio Giovinazzi, the soon-to-be-dumped Haas duo Romain Grosjean and Kevin Magnussen, and Nicholas Latifi (Williams).