Sergio Perez said it felt "painful" to have missed out on a Formula 1 podium finish after a late decision to make a pitstop handed Daniel Ricciardo third place. 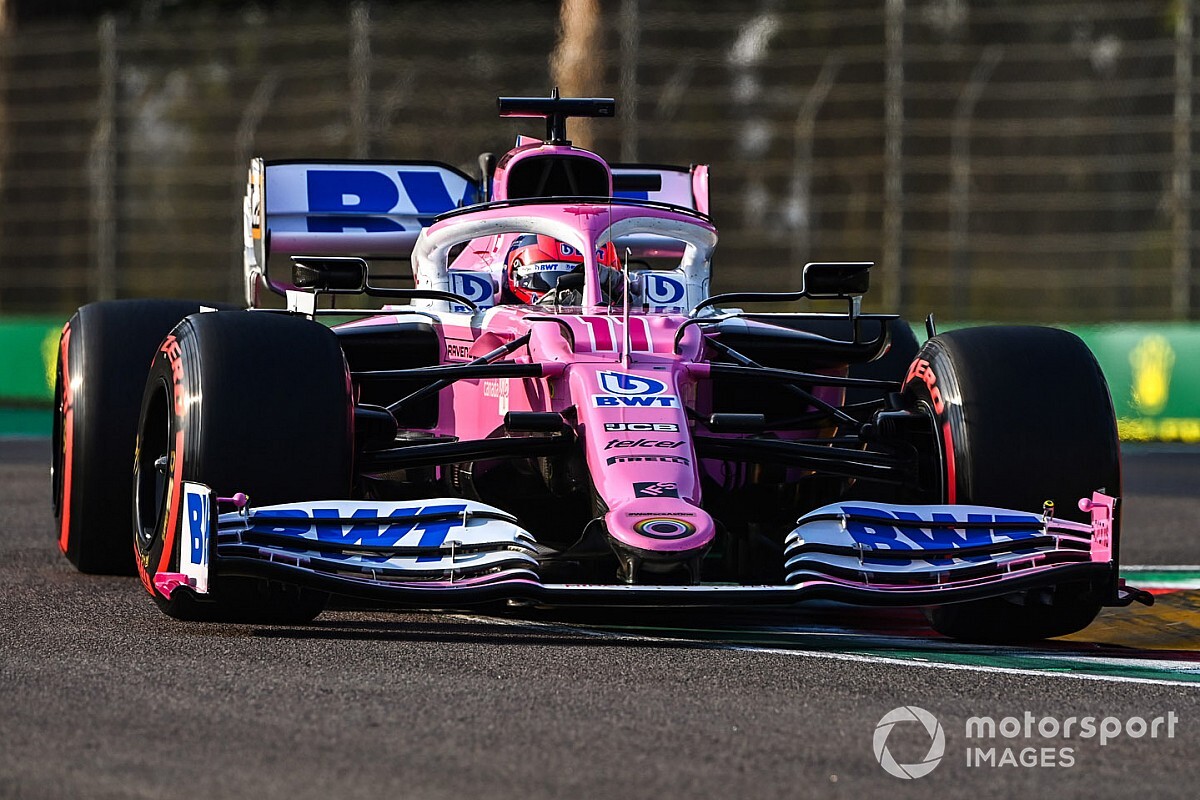 Perez started 11th at Imola, but made a good start before managing to leapfrog six cars with a long first stint on mediums, putting him in fourth place after his pitstop.

Racing Point opted to pit Perez under the safety car that followed, but Ricciardo and Ferrari's Charles Leclerc stayed out on their used hard tyres to gain track position.

Perez lost a position to Daniil Kvyat on the restart with six laps to go, and could not find a way past Leclerc in the closing stages, leaving him a disappointing sixth at the chequered flag.

Perez said after the race that his second pitstop "didn't make sense" at the time.

"I don't know, I think, looking at it, it didn't make sense at the time, you know, the call was very late, but it's always easy to take the right decision after the race," Perez said.

"Overtaking today was extremely difficult. I haven't spoken to the team yet. They must have some reasons on it.

"Just painful, painful day, because we had a podium in the pocket. It is just hard to digest. I think they are as disappointed as I am right now.

"We are a team and we lose and also win together. In hindsight, it was the wrong call today."

Perez felt there were plenty of positives Racing Point could take from its performance in the race, but rued the fact it also handed its direct rival, Renault, a podium amid their battle for third place in the constructors' championship.

"From all the negative we can take a lot of positives," Perez said. "That first stint was tremendous, great strategy, great calls from the team. We put ourselves in a position to get on that podium

"But yeah, it is a painful day, you know. Also a painful day in the championship [against] our competition - we basically gave the podium to Ricciardo."

Racing Point dropped from third to fifth place in the constructors' championship, losing out to Renault and McLaren, who enjoyed a double-score with Carlos Sainz and Lando Norris in seventh and eighth place.

Just one point separates the three teams heading into the final four races of the 2020 season.