Williams Formula 1 driver George Russell says crashing out of the Emilia Romagna GP while running behind the safety car was "gutting." 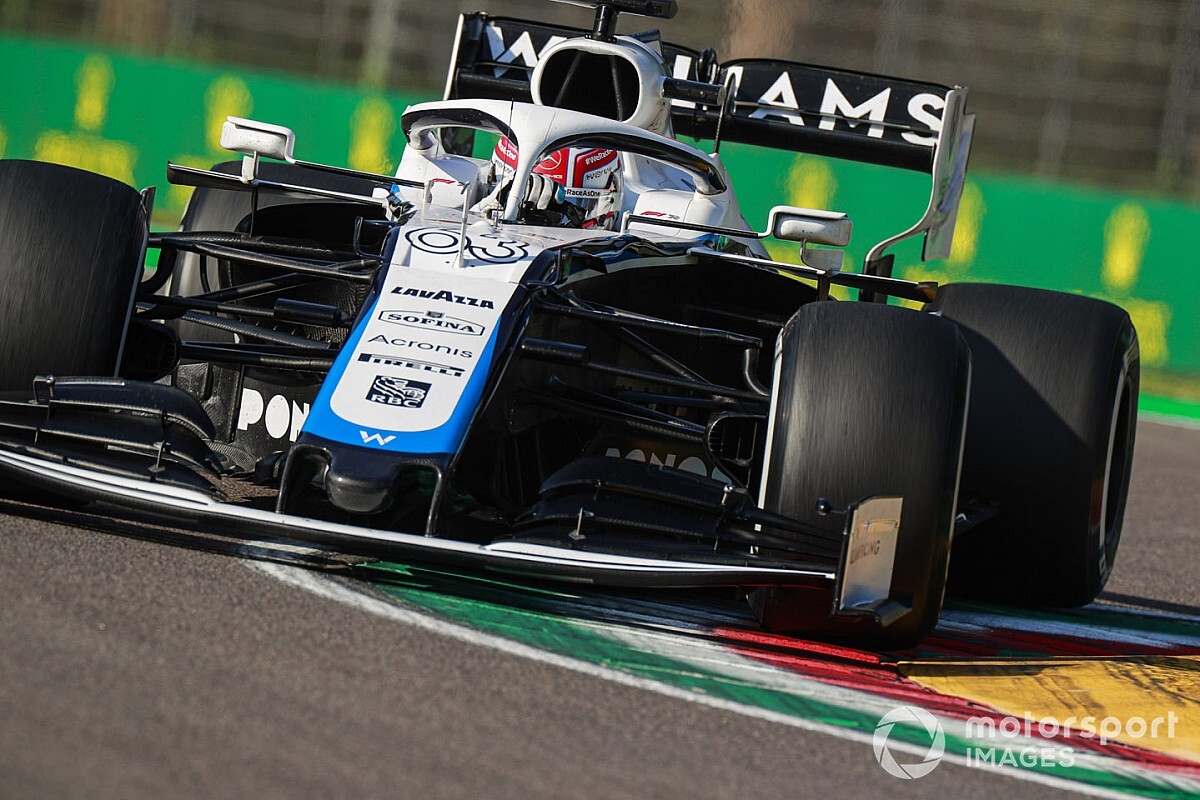 Russell had been running on the fringes of the points when the safety car was dispatched after Max Verstappen spun out of second place when his Red Bull suffered a rear tyre failure.

Russell was the first car in the queue behind the safety car and was trying to warm his tyres when he lost control and slammed hard into the wall.

Before alighting from the car he apologised to the team, and soon after returning to the paddock he posted a Twitter message, saying: "I don't know what to say. No excuses. I'm so sorry guys."

The retirement means that Russell has now made 34 starts in F1 without making the top 10.

"I don't know," he said when asked what he had to score a point. "I mean, not make stupid mistakes like I did today.

"It was a race that I was pushing as hard as I could from lap one until then, the most aggressive I've ever been.

"And I wanted to continue that under the safety car because I knew that with the guys behind me on the hot new tyres, myself on the old tyres, if I had any chance of getting a point, I needed to be super aggressive.

"And obviously, as soon as I lost the car, I was already in the wall, and it's just gutting. Obviously really sorry to all the guys."

Asked if there were any positives from the say he said he was pleased with his aggressive performance.

"I mean, the positives are we were in that position on merit," he said. "I managed to jump [Esteban] Ocon, and pulled away from him. In the early phase of the race, I was at the same pace as McLarens ahead of me. The car was alive this weekend, and it was really, really fast.

"It will come I think we're understanding it better and better, week-in, week-out. My first laps have been poor, and I made probably quite a bold, aggressive move on Sebastian [Vettel] in the first corner, which is something we've been wanting to work on.

"And like I say, I feel like maybe sometimes I've been a bit too conservative in the races. And I definitely found the limit today."