Pato O’Ward found his first experience of Formula 1 to be “addictive” after his test outing with McLaren in Abu Dhabi, calling the car “crazy and insane times 10”.

O’Ward was handed an outing in McLaren’s MCL35M on Tuesday in Abu Dhabi as a prize for scoring his first IndyCar race win earlier this year for the sister Arrow McLaren SP squad. O’Ward won a bet with McLaren Racing CEO Zak Brown by scoring his first victory for the team in Texas, and finished the season third in the overall standings.

The Mexican driver finished the test day fourth-fastest, completing 92 laps, and was blown away by the capabilities of F1 machinery.

“I’m at a loss for words about today,” O’Ward said. “The experience and the opportunity is rare, once in a lifetime.

“I thought the IndyCar was fast, and my eyes, I mean, it was just crazy. I don’t know what else to say.

“Since the first lap, as soon as I went out, I felt the power and the grip, the braking. The thing does whatever you want it to.

“What a great experience, and just what a car!” 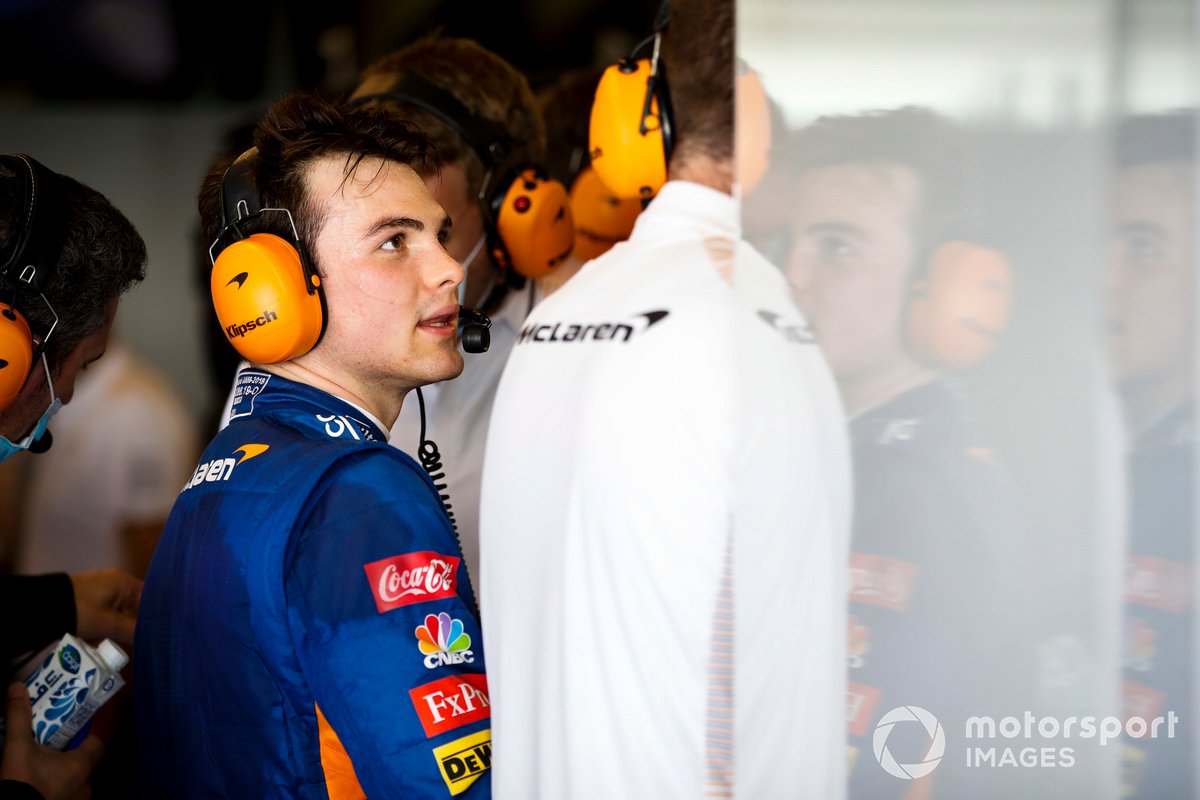 O’Ward led the morning session, but was only able to improve his best lap time by six tenths of a second in the afternoon. He admitted he was “a bit annoyed” for not maximising his qualifying simulation runs, but said his neck was struggling with the G-forces towards the end of the day.

“At the end of the day, another part where I think I probably didn’t get everything together on one lap is because I was about to lose my head,” O’Ward said.

“Man, my neck is destroyed. In the morning I got to a good point, but I did some race running before I got some quali runs in the end, and as soon as I put those softs on and went through the fast corners, my head was about to just

“The issue was for me, and I know where I lost some time, is in corners where you’re limited by your neck strength, which I knew was going to be a problem, at least at the end of the day.

“Because this is completely different, it’s nuts compared to anything else that is available to drive out there. My last few laps, I was looking down with my eyes, trying to see where I was going.”

O’Ward added that he found the test running “addictive” and that it was the “best experience I’ve ever had in a race car in my life”.

“I don’t think anything has come close to it,” O’Ward said.

“In terms of driving and feeling what it’s capable of, and feeling its limits, nothing comes close to this. The feeling an Indycar gives you is crazy. But you get into this, and just the way it's able to do everything so fast and everything is so compressed, it’s like a video game. It’s unreal.

“But I have to say, to extract the last bit of it for sure, it takes a bit more commitment to the car. I for sure didn’t get to the limit of it in certain areas. I did in others, but in other areas.

“It’s normal, it’ll take time to know what it’s capable of, to really get it there and not go over the limit. I didn’t want to just go, ‘I've got big balls, I’m going to send it!’ and end up in the wall.”

The call Masi should have made in F1's dramatic finale