Ocon learned "a lot of things" from year out of F1 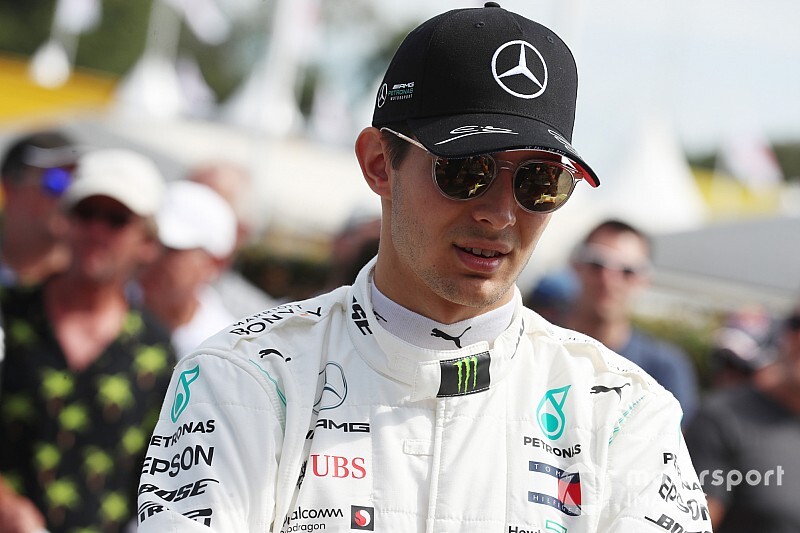 Esteban Ocon insists that he's benefited from his year as reserve driver for the Mercedes Formula 1 team, despite a lack of testing miles.

Ocon, who will race for Renault next year, was given the Mercedes role when he was unable to find a race seat after Lance Stroll took his place at Racing Point.

His main job this season has been as a simulator driver at Brackley on race weekends, although he did get to drive the W10 for two days in last week's 2020 Pirelli tyre test at Paul Ricard.

The current rules mean that he has not been able to run the sort of test mileage once enjoyed by the likes of Fernando Alonso, who took a year out of racing as Renault's third driver in 2002.

However, Ocon insists that he's made the most of his time out of racing, and has learned simply by observing the team in action.

"A lot of things," he said when asked by Motorsport.com what he had gained. "I didn't drive as much as I would have liked to. Back in those days you could test the cars and drive millions of kilometres before getting back in it.

"I've done that in the simulator. I did test all the parts that the team put on the weekend. So I am aware of all the latest news of the current generation of cars. I think that's a positive thing.

"On the other side not being driving I could also learn the other part of the world of F1, which is more experience, more knowledge for me and more things learned for the future.

"Seeing what the team expect from a driver, some things you cannot think about when you are racing. Because you don't hear the people speaking internally and all that.

"As Toto [Wolff] always says, the more things you see and the more knowledge you have for the future, the more experience that makes in the end. And that makes you a better athlete, also a better driver in the end, a better package."

Ocon says that a year on the sidelines has made him hungry to return to race action in 2020.

"This year has been tough mentally and on the emotion side as well, seeing those guys go so well and me being on the sideline. It's not something that's particularly great.

"But I think it can only make you stronger and more keen to come back, and I'm more hungry for when I come back."

Although he was asked to do the Pirelli test by Mercedes, Ocon will be phased out of any work that focuses on next season.

"Esteban and I discussed how long he should stay in the various roles," said Mercedes boss Toto Wolff.

"It's a transition. He's in our simulator, and that is an important role in helping us to develop the car. But step by step Esteban is going to fade out of the meetings about the future, about things that impact next year's car or that we deem to be sensitive from the engineering or innovation point of view.

"But he still is with us this season and does some very valuable work that we need in order to win this championship."

Singapore GP: All the winners since 2008