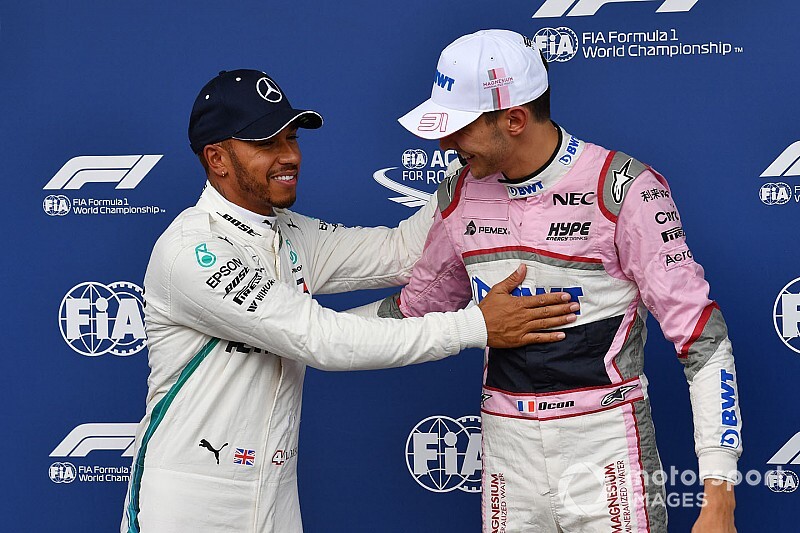 Ocon, who is backed by Mercedes, starred in mixed conditions in Belgian Grand Prix qualifying, putting his Racing Point Force India car third on the grid.

The Frenchman's short-term prospects in F1 have been complicated by recent developments, as a likely Renault move fell through when the manufacturer signed Daniel Ricciardo, while Lawrence Stroll's takeover of Force India has made Ocon staying put all but impossible.

When asked by Motorsport.com about Ocon's situation, Hamilton said: “I’ve always been supporter of Esteban. How he conducts himself and how he performs on track, he is exceptional.

“Unfortunately we’re in a weird place in Formula 1 where some teams, rather than take the up-and-coming kid, they take the money.

“It means the structure of the sport is probably wrong, in terms of how the funds are distributed.

“I’ve not read who has signed where and what seats are available but he needs to be in a top car as he is one of the top drivers here.

“You can’t let someone who has more money leap in front of a better driver. It shouldn’t happen. The governing body definitely has to [address it] somehow.”

TV cameras caught Ocon speaking to Ferrari's Sebastian Vettel after qualifying, as the Frenchman all but confirmed his seat at Force India would be taken by Lawrence Stroll's son Lance in 2019.

Vettel: Next year? Still nothing?

Vettel: Will you be here [at Force India]? No?

Ocon: Have a guess! The one who bought it!

Ocon: Well, the other one [Sergio Perez] brings money. 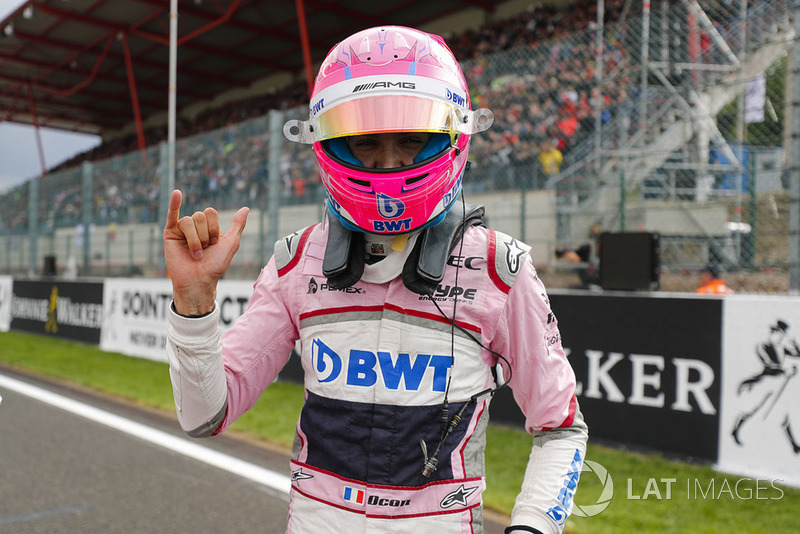 Asked about Ocon afterwards, Vettel said the Frenchman's performance in Belgian GP qualifying “should be considered for signing him somewhere next year”.

“From the outside it’s difficult to judge but I think he’s doing everything right,” Vettel said.

“|It’s very good to get this qualifying session under the belt, get the car in P3 where it doesn’t belong, I think that shows enough in a session like that that can be quite chaotic and you can easily do a mistake.

“To hold it together is crucial and that’s what he did.”

Ocon, for his part, said Hamilton and Vettel's comments were “awesome” to hear.

He also said: “For sure, my future is not done at the moment, I don’t know where I will race next year or what I will do. The only thing I can do is do well on track, focus, do same job as before and try to do best.

“If you do a strong job in Formula 1, the team cannot skip you, they need to have you, so that is what I am trying to do.”