McLaren Formula 1 driver Lando Norris said a combination of poor timing and a sub-optimal lap combined to get him knocked out in Q2 for the Sakhir Grand Prix. 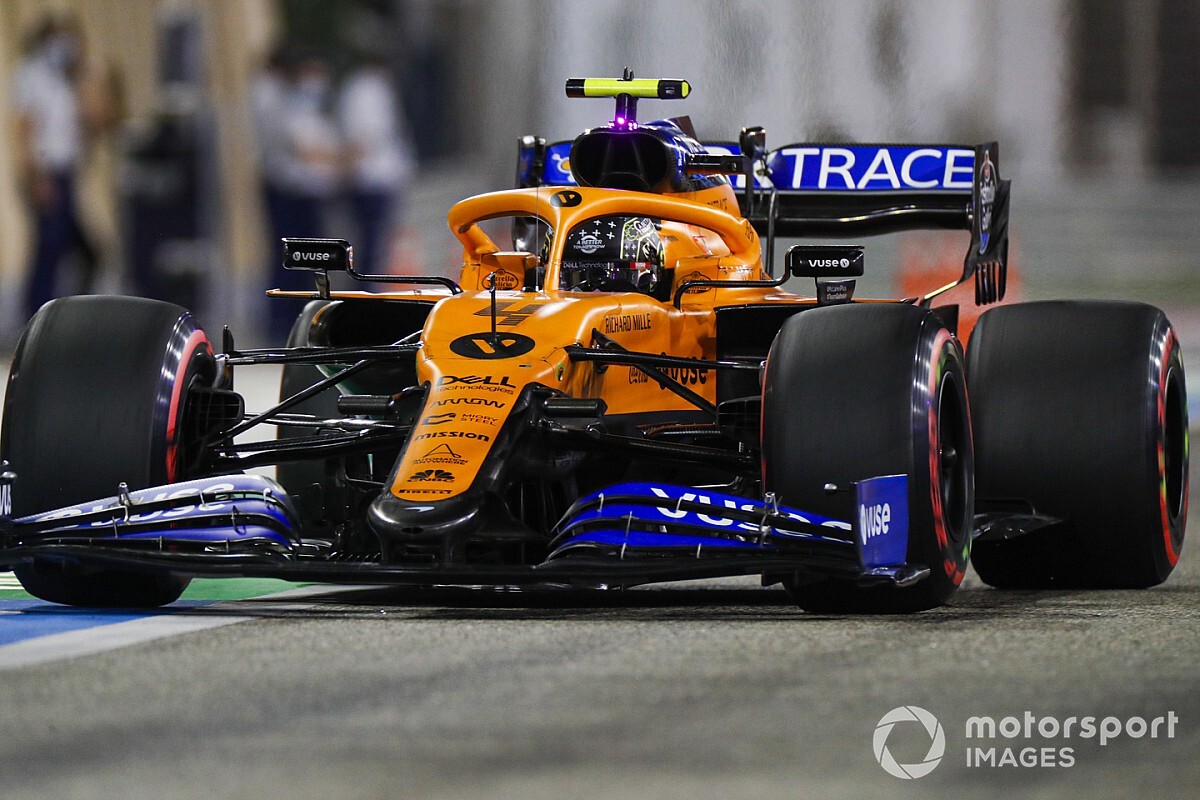 The Briton elected to go early for his first effort in Q2, but ended up aborting that lap when he felt that he had already lost too much time in the first sequence of corners.

For his second run, he failed to nail it through the same bends and could not put a representative lap time in – ending up 15th on the grid.

“Q1 run one was alright,” he said. “One mistake on it but it was still a decent lap.

“But Q2 we went out too early, basically, which meant I had to do a very slow out-lap to make sure I didn't catch the traffic at the end or halfway around my lap. That meant the tyres were a little bit on the colder side, and not ideal for Turn 1.

“And when there's only four corners, and the tyres are not in for Turn 1, then you only have three corners to try to make up time and that's not really possible, so I had to abort.

“Then on my second lap, I had no traffic but quite a few people around me in Turn 1 again, which made me lose quite a bit of time. And then just a combination of not driving the perfect lap for the rest of it.

“So, yeah, just not a clean Q2 really. A bit of a mistake from our side as a team in knowing when to go out and start our run, but also my opportunity to put a lap in. I just didn't do the perfect job. So those two things put together made me end up where I was.”

With Norris starting so far down, and with McLaren locked in a tight fight for third place in the constructors’ championship, the team is weighing up fitting a fresh engine and gearbox for the race.

While that would incur a grid penalty that would drop Norris to the back of the grid, it could give him added performance for the final two races of the season. A final decision will be made overnight.

Norris’ teammate Carlos Sainz ended up eighth on the grid, despite picking up some damage in qualifying that hindered his performance.

“There is a bit of a war on this circuit,” said Sainz. “Every time you come back to the pits, you have something broken or something hanging off. But that's the way it is, for how slow we've been all weekend.

"It was the most we could achieve today. It's a good day for us because after FP3 we were looking at 12th and 13th, and we're not so bad. Maybe tomorrow we'll have to look more in the mirror than forward for once, but it's what we have and we'll try to fight for it."