Mercedes would be willing to give Romain Grosjean a private Formula 1 test to say farewell to the series if he is unable to race in the Abu Dhabi Grand Prix next weekend. 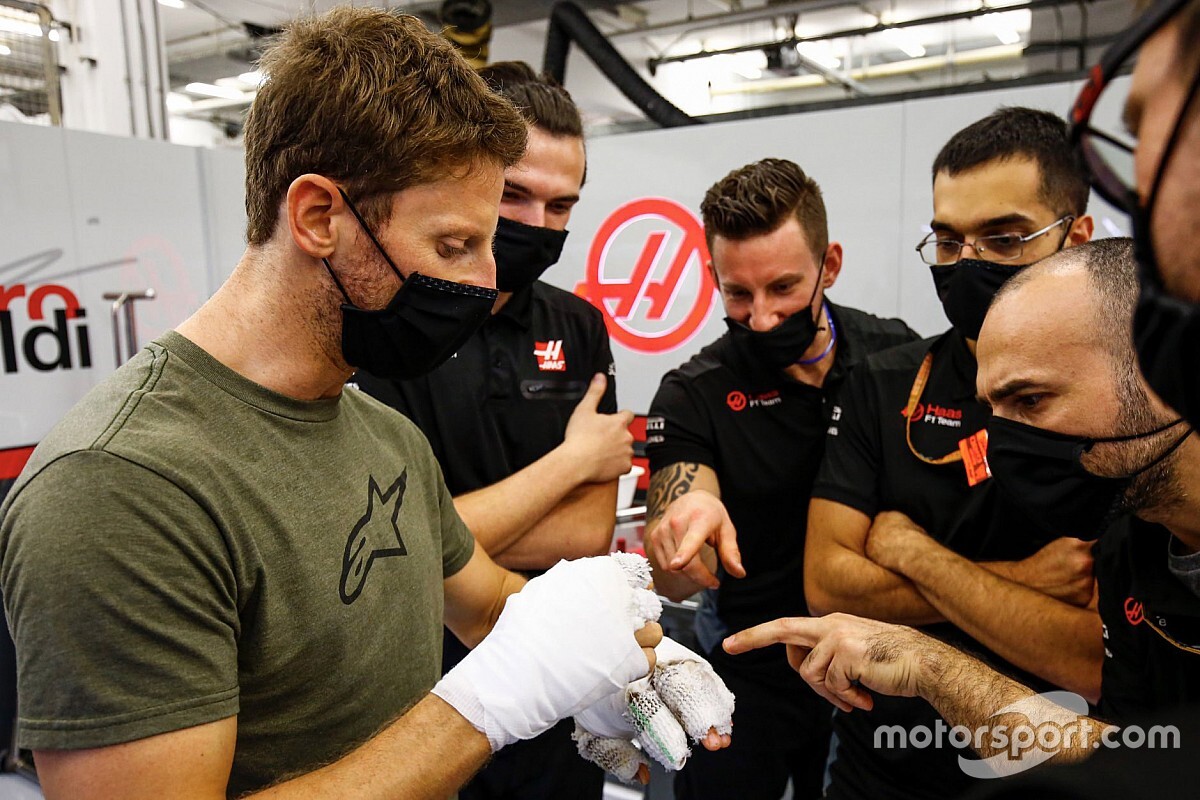 Grosjean is currently recovering from injuries sustained in the terrifying accident on the opening lap of last Sunday’s Bahrain Grand Prix, where he escaped an impact with the barrier of 137 mph and a fire that engulfed the monocoque.

The Haas driver was ruled out of this weekend’s Sakhir Grand Prix due to burns to his hands, but has set his sights on racing in Abu Dhabi next weekend. It would likely mark Grosjean’s final F1 start if he can race, having already confirmed he would leave Haas at the end of the season.

But if he cannot race next Sunday, Grosjean has already made clear he does not want his accident to be his final act in F1, saying he would want to do a private test in a car once fully recovered.

"I won't take to risk losing mobility of my left index and left thumb for the rest of my life, just to go to Abu Dhabi," Grosjean said. "The story would be beautiful to go to Abu Dhabi. If I don't, I'll call every single F1 team and see if anyone would offer me a private test in January or so, to jump back in the car, and have 10-15 laps to myself.”

Mercedes has become the first team to confirm it would be willing to accommodate Grosjean for a private test outing. Asked by Motorsport.com about the possibility, Mercedes team principal Toto Wolff confirmed he would be happy to make it happen.

“If we are allowed to do this, and nobody else within his universe of teams that he raced would provide him with such an opportunity, we would do this,” said Wolff.

Any private test for Grosjean would likely have to take place in at least two-year-old machinery, meaning he could theoretically drive last year’s title-winning Mercedes W10 in a test, assuming the running was conducted in the New Year.

Grosjean’s existing team, Haas, is yet to confirm whether it would be open to running him in a private test, while he previously raced for the existing Renault squad under both its works guise in 2009 and during its time as Lotus between 2012 and 2015.

Grosjean has been in the Bahrain F1 paddock over the last couple of days and gave an emotional account of the accident on Friday. The Frenchman has since been excused of further media duties for the remainder of the race weekend so he can focus fully on recovering.