Mercedes focused on making W10 "much kinder" to tyres 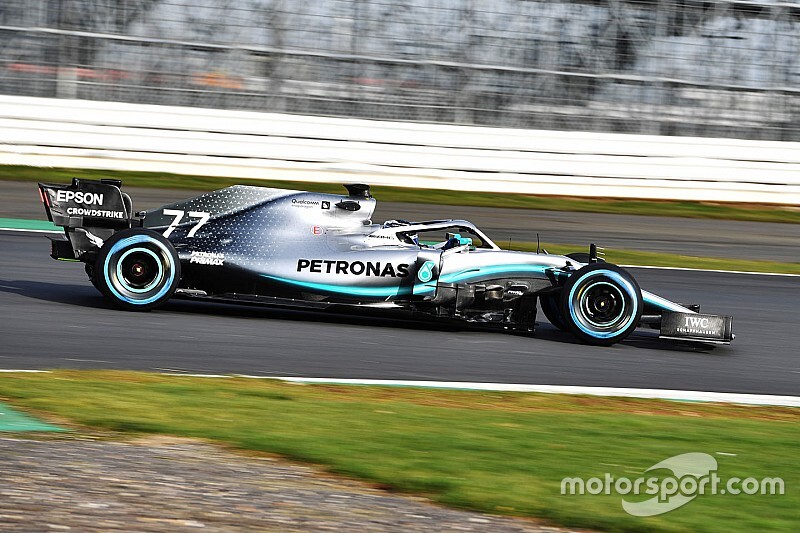 Mercedes says it has worked hard to ensure that its new W10 Formula 1 car is "much kinder" to its tyres that its predecessors.

Although the team made big progress last year in improving on the 'diva' characteristics of its tricky W08, the team was still not satisfied with how well the 2018 challenger was able to look after its tyres.

Speaking as Mercedes ran its new W10 for the first time at Silverstone, technical director James Allison said that a lot of effort had been put into ensuring that there was a step gain in tyre management for 2019.

"The handling of the W09 was a big improvement over the rather idiosyncratic W08," said Allison. "We managed to be competitive at tracks which had plagued us in recent years.

"However, notwithstanding this improvement, we were still not as good as some of our competitors at preserving the performance of the rear tyres.

"We have worked hard on the suspension and aerodynamic characteristics to deliver a car that will be much kinder to its tyres – enough, we hope, to allow us to be competitive at all phases of the race and at each track on the calendar."

One other area of focus for the team was in reducing the weight, with Mercedes' long car concept having made it a challenge to hit the minimum weight limit at times in recent years.

Allison explained that an 'aggressive' weight reduction programme had been undertaken on all areas of the car.

"Even though the minimum weight limit was lifted by 10kg for 2019, weight reduction remains a real challenge on the current generation of F1 cars," he said.

"Components that we felt were stripped to the bone in 2018 have been taken, one by one, and subjected to a further round of aggressive analysis to shave further weight from them.

"Some components surrender what feels like a giant step of half a kilo, others just a few grams, but collectively each of these victories add up to a handful of kilos that have been invested back in the car on aerodynamics, suspension and power unit to bring performance."

Mercedes has retained the long wheelbase of its predecessors.