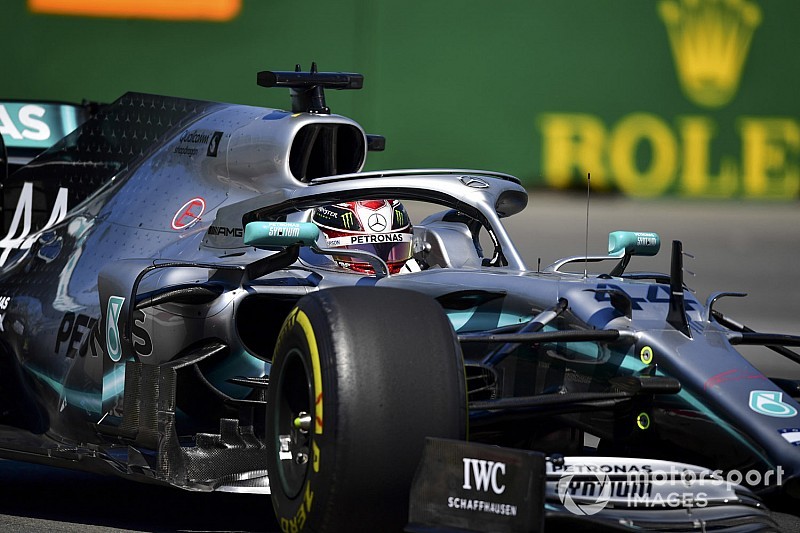 Lewis Hamilton says Mercedes has not had "the smoothest ride" developing its Formula 1 engine this year after setting targets Toto Wolff has admitted were not always reached "completely".

Mercedes' 'Phase 2' engine made its debut in Friday practice for the Canadian Grand Prix, although its drivers played down the performance step it would bring relative to chief rival Ferrari.

Although it has dominated the V6 turbo-hybrid engine era of F1 since 2014, Mercedes' enduring success is a legacy of significant improvements with its chassis as well as the quality of the power unit.

Asked by Motorsport.com about the step he expected from the upgraded engine, Hamilton said: "The guys back at Brixworth have been working incredibly hard.

"It's not been the easiest beginning of the year in terms of preparing an engine. Whilst it's an evolution of previous years, each time you're always trying to push the envelope, and there's so many people working so hard to improve it.

"It's not been the smoothest ride but we've had great reliability with the first engine. It's always great when you have a new engine, being that it's fresh.

"This is a power circuit, so it's come at the perfect time. It will have all-new mods, slight improvements everywhere.

"[But] it's not like at the beginning of the hybrid era where you took massive strides forwards, or even last year. It's just small steps. The biggest difference is that it's brand new; fresh."

At the end of last year, team principal Wolff said Mercedes had suffered a small setback with its development of the 2019 engine.

However, Mercedes' package has proven the dominant force so far this year, clinching victory in all six races.

Asked in Canada by Motorsport.com about the difficulties Hamilton had referenced, Wolff said: "We had times at Mercedes where the engine was described as the determining factor in the team's success and then it has somehow transitioned to the chassis side.

"People nowadays are talking that the chassis is the leader of the pack, but what really needs to be said is that with mature regulations it becomes more and more difficult to extract additional performance and keeping reliability.

"The guys in Brixworth are doing a fantastic job. Obviously I live in it, and I'm seeing the struggles and the boundaries they are trying to push and the targets they set.