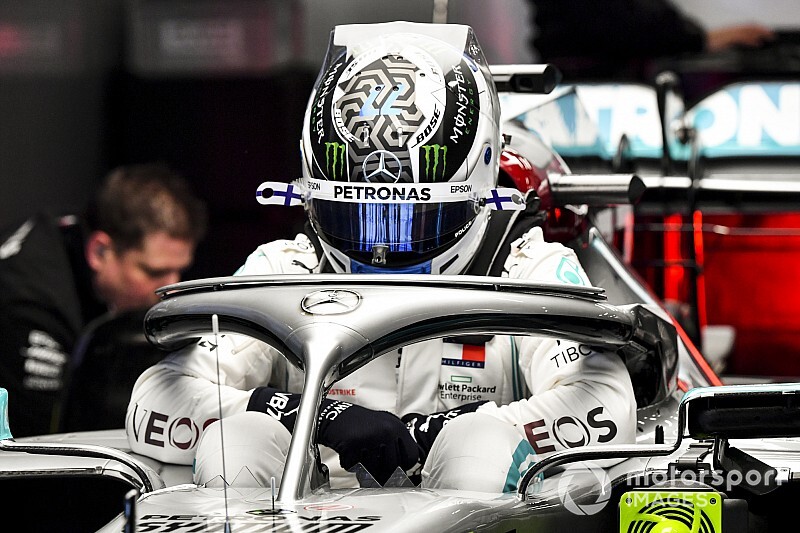 Mercedes’ first Formula 1 2020 pre-season test may have looked like it ran like clockwork, but it has emerged that the German car manufacturer did have some reliability concerns after being forced to change an engine.

Drivers Lewis Hamilton and Valtteri Bottas were fastest overall, topping the times on two of the three days, as their new W11 proved to be fast straight out of the box. It was in contrast to main rival Ferrari, which had a low-key week at Barcelona that was not helped when Sebastian Vettel suffered an engine problem on the final morning of the test.

But while Mercedes appeared to run without drama, Motorsport.com has learned that the electrical problems that stopped Bottas on the second day of testing were more terminal than original indicated. In fact, the power unit itself was broken and had to be replaced.

Mercedes engine chief Andy Cowell had admitted over the winter that its development had not been without drama.

“[There's] lots going on in Brixworth, lots of improvements across the whole power unit, on the ERS side, on the internal combustion engine side," said Cowell.“As ever, [we're] fighting a few little issues as we pull everything together.

“So lots of work going into building the right spec, getting it long-runned, and then providing power units to the teams so that they can fire up their cars.”

Ferrari and Mercedes were not the only manufacturers to change an engine, because Honda also had to make a precautionary engine change on the second day when a problem was detected on Alex Albon’s power unit. But the Japanese manufacturer gave that power unit the all clear after checks and it was refitted for the final day of running.

Looking at the distance covered per manufacturer, Honda had an impressive start to testing…

F1 teams are limited to using three engines for the entire season, which means each power unit has to cover thousands of kilometres.

Last year, Motorsport.com revealed just how far a typical Mercedes component had covered as Hamilton rounded off the season at the Abu Dhabi Grand Prix.