McLaren boss Andreas Seidl thinks it is too early for his team to challenge Mercedes and Red Bull in 2021, despite grabbing third place in the Formula 1 constructors’ championship. 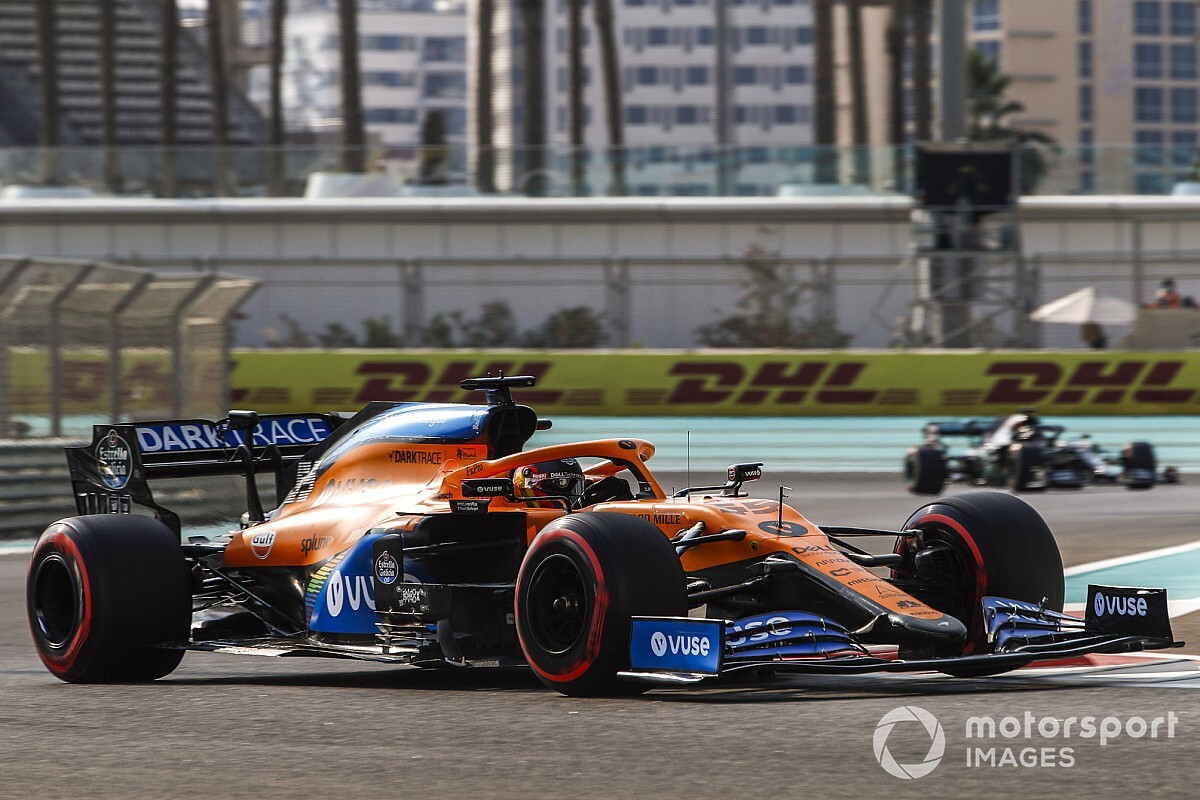 The Woking-based outfit pipped rival Racing Point for the best-of-the-rest slot behind the top two teams in the F1 season finale in Abu Dhabi last weekend.

The result, coming off the back of a £185 million new investment deal with an American consortium, comes amid suggestions that McLaren could make a big step forward as it switches to Mercedes engines next season.

But Seidl is cautious about expecting too much from McLaren next year, as he says the team must accept the two outfits ahead of it are still a step clear.

“I think we need to stay realistic,” he said. “Despite the good result we have this weekend and, despite the great outcome for us in the championship side, with P3, I think we know exactly where we are. There's still a huge gap to the cars in front, especially the Mercedes car.”

Seidl does take huge encouragement from the progress that McLaren was able to make with its MCL35 this year, as well as the way in which it executed race weekends and dealt with an aggressive update strategy.

However, with McLaren openly admitting that it needs to improve its wind tunnel, simulation facilities and simulator, Seidl thinks it will take a few years before it can hope to get on terms with teams like Mercedes.

“I think the most important thing is to first of all see that the team this year, under the leadership of James Key, has produced a very competitive car,” he explained. “It is a step forward compared to last year.

“It was great to see also that despite all these challenges in the pandemic, that the team kept pushing flat out back home in engineering, and in production, to continuously bring updates to the track, which in the end, kept improving the performance of the car.

“And of course it's a great finish to the season, knowing that at this track, at this specific event, we had the third fastest car.

“But still, we know what the gap to Mercedes is. It is not something we will close from one year to the next year.

“We still know that we have a lot of deficits within the team in terms of organisation, in terms of infrastructure, which we need to close first.

“But again, we have a clear plan of how we want to reduce these deficits. It will take time. But I'm confident that if we do the right things on the team side, we can close these gaps in some years.”

Why engine caution wasn't the biggest factor in Mercedes defeat