Nikita Mazepin revealed his emotional post-qualifying interview in Brazil was due to a "pretty challenging period" in which some of his Haas Formula 1 colleagues have left the team.

Mazepin was tearful and visibly emotional during his interview after qualifying at Interlagos on Friday, having made a mistake on his final Q1 lap that left him last in the classification.

Speaking on Saturday after the sprint race at Interlagos, Mazepin said that while his emotion was "mostly to do with a mistake on a qualifying lap", he was also going through a tough period amid change in the crew working around him.

"I'm going through a pretty challenging period in the last few races, not only to do with the car balance, but also with some internal things going on in the team," Mazepin said.

"And that makes the results more important at this particular moment in time. When you come so close to finishing what I felt like it was a great lap in a car that we currently have, and then you try too hard and lose that lap, it hurts."

Mazepin added: "When you jump out of the car and you only have four minutes or so until you speak to journalists that ask you questions that ultimately bring back those memories, and you know what could have been, a different result, it just feels sad.

"There's not much else in my life other than racing. In fact, there's nothing. So I put my life on the line for this and I get upset, which is natural, when things don't go well."

Mazepin explained that the team was "shuffling around" with "people coming and going in the last few races". He arranged a football match for the team members in Mexico last week, and attended a farewell party for a colleague after the race.

"I know that not everybody that is around me this year planning to stay for next year," Mazepin said.

"I enjoy the environment that I'm in. I have been surrounded ever since I started this year by some very great, honest people.

"Unfortunately, my engineer left last week to another team. And he's unfortunately not the only one. So yeah, that's a challenge." 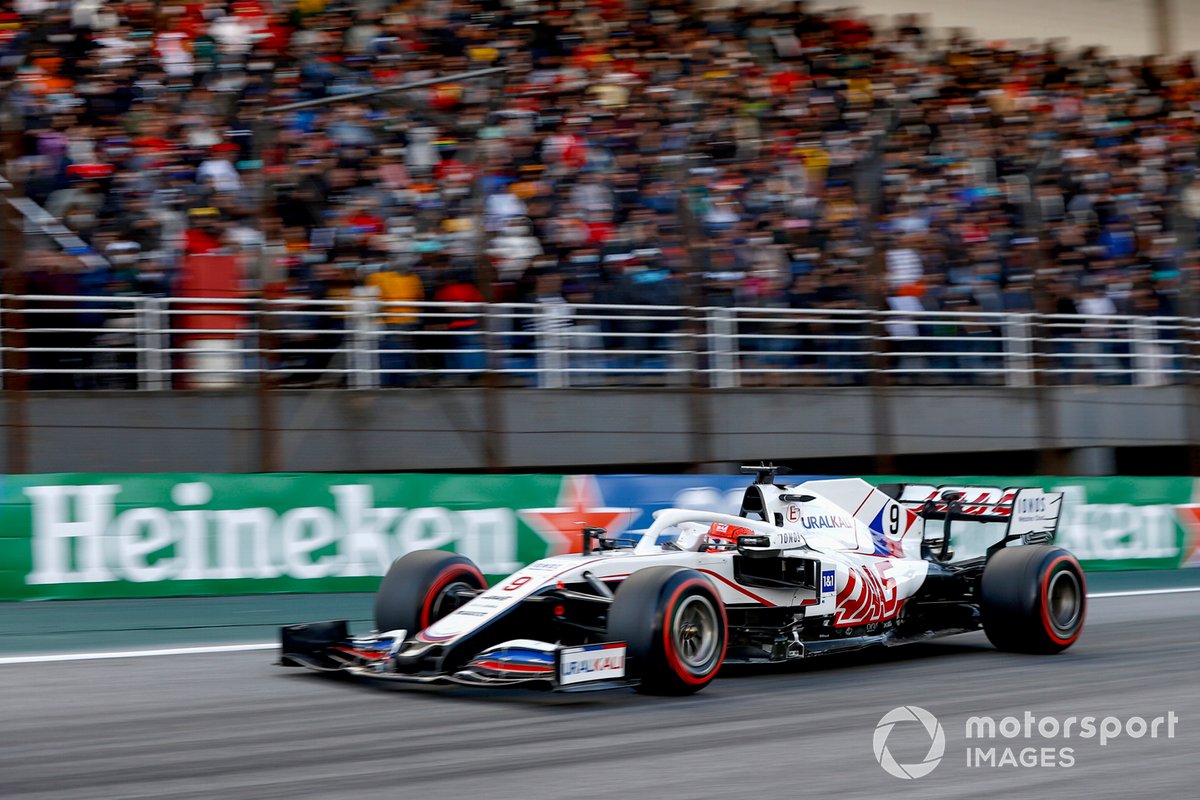 Mazepin shied away from revealing which staff members had been leaving, but said: "My team of engineering members hasn't been the same and been changing ever since Turkey."

The shift in personnel has thrown another challenge at Mazepin during his rookie F1 season that has seen him struggle to match teammate Mick Schumacher for pace, as well as battling a chassis issue earlier in the season.

"It is really challenging, because it's not like an office job where you can come in, do some stuff and go away," Mazepin said.

"To succeed in racing, I know what it takes. And it takes a special bond of people who work, they work their asses off for you and you do it vice-versa.

"This sort of drive keeps going forward. And that's something that has enabled me to achieve results in previous years.

"But when the mechanic that works directly with you changes, you probably haven't had time to adapt to him and then, you know, the headrest comes off like in Austin, and then although the race isn't over, it sort of is, because when you make an unnecessary pit stop that cost 25 seconds, it's really difficult to bounce back.

"So it's like getting pieces of wood in a spinning tyre on a bike. It just really does stop that momentum that I dream of, that's everything that I do.

"But hey, I've been there before and I will get out of it stronger than I ever was."