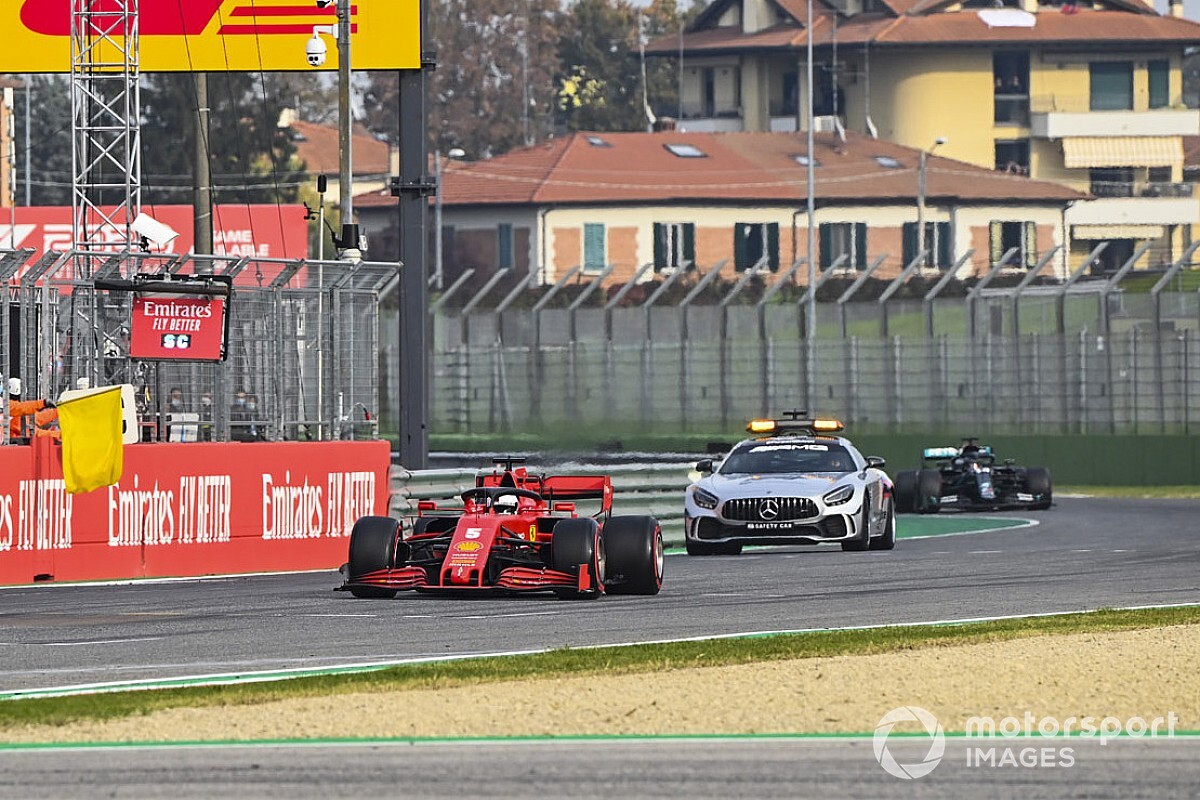 The rule allowing cars to unlap themselves under the safety car came into question during the Emilia Romagna Grand Prix at Imola, after cars passed marshals at high speed.

Racing Point's Lance Stroll was seen to pass particularly close to some marshals as they cleared George Russell's car on entry to Acque Minerali, prompting drivers to call for the incident to be addressed.

Vettel said it was "embarrassing" that drivers had to complete an extra lap to unlap themselves instead of having the timing software adjust and give them a lap back.

Masi said the restart at Imola had been fully reviewed by the FIA, and that some changes would be made to ensure cars had time to unlap themselves more carefully.

"We've made some procedural changes that were discussed with the team managers and the drivers as the respective meetings on Thursday and Friday night, all of which both groups were completely supportive of," Masi explained.

"There's been procedural elements that have changed regarding the suggestions of what can and can't be done in the future, for 2021 and beyond.

"It's a topic that's on the sporting advisory committee agenda, which is a group representing the FIA, F1, and all of the team managers.

"That group as a whole, collectively, we'll discuss it and look at all the permutations."

But Masi explained that Vettel's suggestion to simply tweak the timings and give cars a lap back had previously been considered and rejected by teams, citing factors such as fuel and tyre management as elements that would be impacted.

"From my understanding, it is something that had been looked at many years ago when the regulation was first put in," Masi said.

"In the discussion at the time, from what I've been advised, the teams were actually not in favour of that.

"You're talking about different tyre degradation, different fuel loads, what are the further consequences around that, just doing it as a software change, so to speak, versus what the sporting downside would be in an overall sense."