Leclerc thanks Vettel for lessons despite ‘tense moments’ 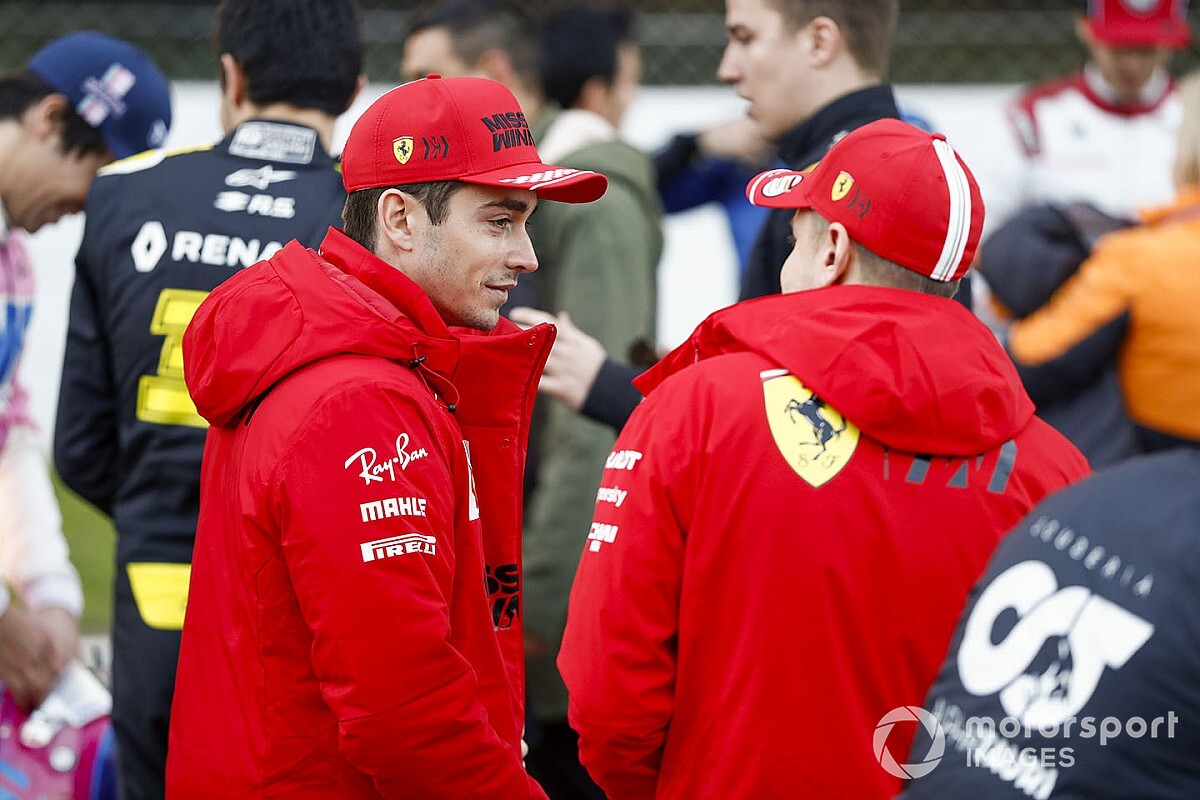 Charles Leclerc has paid tribute to outgoing Ferrari teammate Sebastian Vettel, saying he "never learnt so much as I did" than when racing with the four-time world champion.

Ferrari announced on Tuesday morning that Vettel would be leaving at the end of the 2020 season after both parties agreed to call off talks over a new contract.

Vettel is in the final year of his current Ferrari contract, but was unable to strike a fresh agreement that would commit him to the team beyond the end of the year.

Leclerc was handed a new five-year deal with Ferrari in late 2019 after impressing through his first season with the team, beating the more experienced Vettel in the points standings.

While the pair had a number of tense moments on track last season, most notably when they crashed together in Brazil, both stressed they always maintained the utmost respect for each other.

In a post on his social media accounts following the announcement, Leclerc paid tribute to Vettel for his work during their time together at Ferrari.

"It's been a huge honour for me to be your teammate," Leclerc wrote.

"We've had some tense moments on tracks. Some very good ones and some others that didn't end as we both wanted, but there was always respect, even though it wasn't perceived this way from the outside.

"I've never learnt so much as I did with you as my teammate. Thank you for everything Seb."

Leclerc said last month that he would have been "happy" for Vettel to stay on as his teammate for 2021, but he would "respect the decision for whoever is next to me."

Leclerc added: "At the end, it's my job to adapt to the person next to me and you can always learn from whoever is your teammate.

"So I would welcome anybody, but if Seb stays I will definitely be happy."

The identity of Leclerc's teammate for 2021 remains unknown, with Ferrari yet to take any formal decision on who will replace Vettel.

McLaren's Carlos Sainz and Renault driver Daniel Ricciardo are understood to be the two leading candidates, with both out of contract at the end of the season.

What's next for Sebastian Vettel and Ferrari?