Leclerc surprised Ferrari is so far off the F1 pace 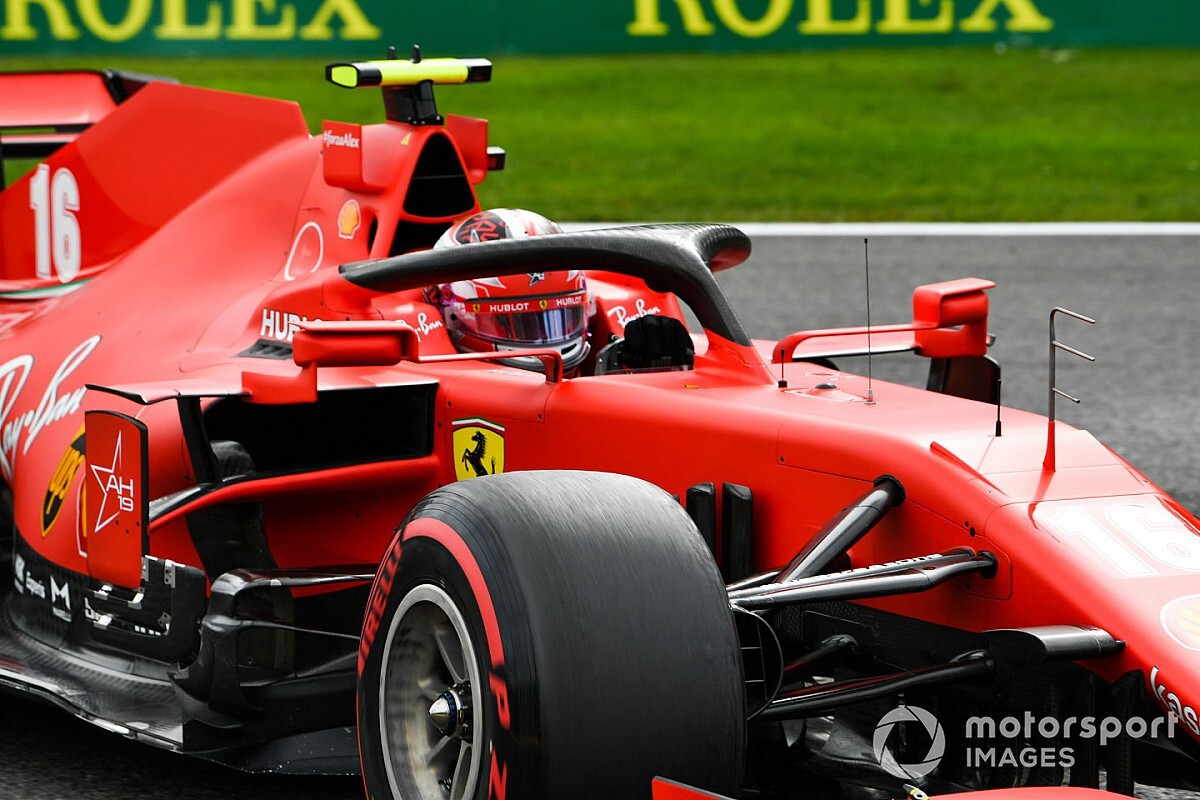 Charles Leclerc was surprised to see Ferrari so far off the pace in Formula 1 practice at Spa on Friday after finishing FP2 15th, two places ahead of Sebastian Vettel.

Ferrari had expected to "suffer" at the Belgian Grand Prix due to its ongoing straight-line speed struggles that have led to a difficult start to the 2020 season.

But the team was left fighting with the lower-midfield runners during Friday's practice running at Spa as Leclerc and Vettel ended the day in 15th and 17th place respectively.

Leclerc finished 1.6 seconds down on pace-setter Max Verstappen in second practice, and was over eight tenths of a second off the top 10.

His lap of 1m45.440s was also 1.3 seconds slower than his own best lap in second practice for last year's Belgian Grand Prix.

"It's probably a surprise to be so far back, especially in FP2," Leclerc conceded. "We've tried quite a lot of things. At the beginning, I tried something quite aggressive in downforce levels, but it didn't really work out. We came back on that.

"We are just lacking pace at the moment. We need to work hard to catch back, but I don't expect miracles for this weekend. It's doesn't feel good, and it's sad to see Ferrari so far down. As always, our work as drivers is to give our best, and that's exactly what I'm trying and what Seb is trying to do in the car."

Leclerc felt that the possibility of rain on Saturday would only worsen Ferrari's difficulties at Spa.

"We are struggling quite a lot with the balance this weekend," Leclerc said. "Normally in the rain, the balance only gets worse, and the issues you have in the dry are worse in the rain.

"I think it's going to be difficult if we don't find any solution to fix the balance problems we have today."

Vettel finished a further two tenths adrift of Leclerc in second practice, finishing behind the Williams of George Russell.

The four-time world champion said after the session his Ferrari SF1000 car felt "difficult and tricky to drive".

"I guess that means that we're not quite where we should be," Vettel said. "We're looking currently to find options with the set-up. We tried a lot this afternoon. Reset and try again, and try something different.

"I'm sure tomorrow will be a bit better. I'm not sure what the weather will be like, but yeah, we'll tackle it tomorrow."

Verstappen doubts he can fight Mercedes for pole

Renault too fast "for comfort" at Spa, says Sainz