Charles Leclerc has explained his decision to get out of his car and end Formula 1 qualifying for the Sakhir Grand Prix early after opting for a single Q3 run. 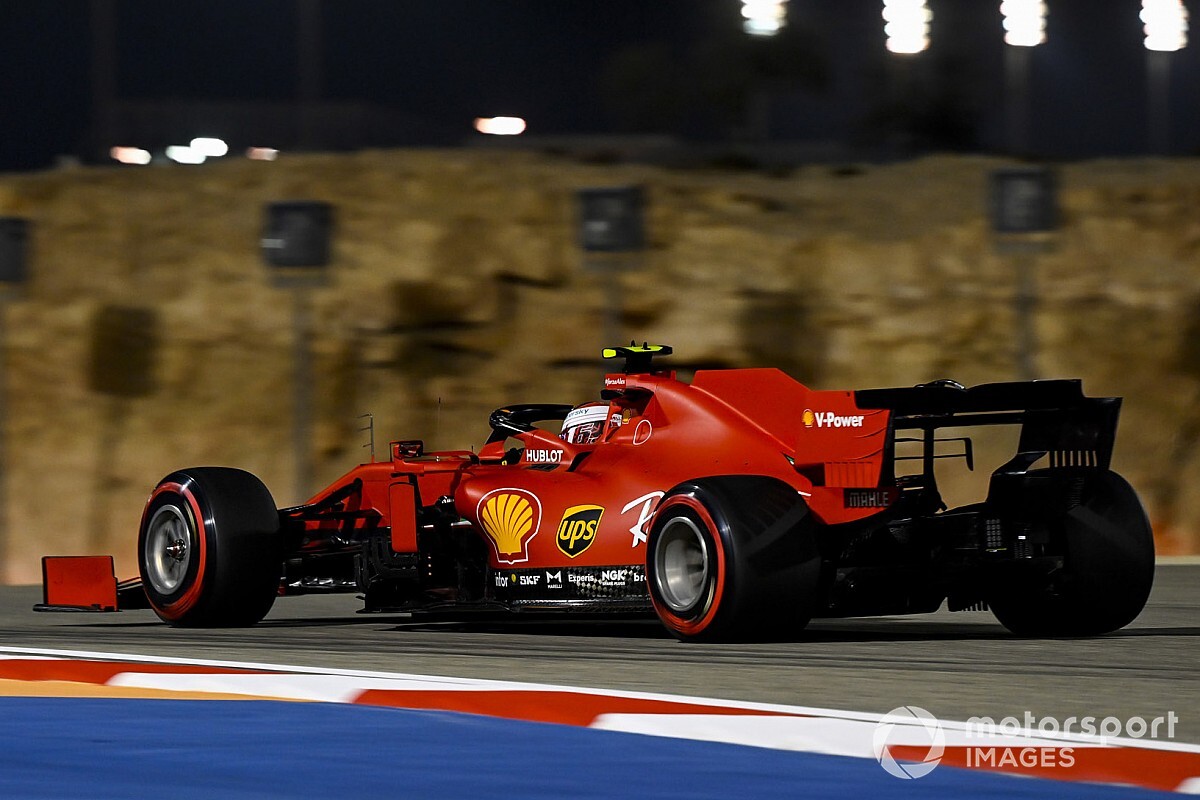 Leclerc had squeezed through to Q3 after seeing Ferrari teammate Sebastian Vettel drop out in Q2 at the Bahrain International Circuit on Saturday, and was not expected to mix with the front-runners.

But a stunning lap saw Leclerc sit second after the first runs in Q3, outpacing both Mercedes drivers on the soft compound tyre and only trail the Red Bull of Max Verstappen.

Leclerc expressed his satisfaction with the lap over team radio, and was spotted shortly afterwards getting out of his Ferrari SF1000 car despite having more than half of the session still to run.

Although both Valtteri Bottas and George Russell were able to improve for Mercedes, Leclerc clung on to fourth place in the final classification despite his early run.

The Ferrari driver revealed after qualifying that he could only do one run in Q3 as he had run out of fresh soft tyres, and that he wanted to get in the lap early to avoid hitting traffic later on.

"I didn't have a new set," Leclerc said. "I took the decision to go early in the session instead of waiting to the end of the session for two reasons.

"First, I was expecting the traffic to be a mess at the end of the session, and second, I just had the ideas clear, and I just wanted to get out on-track and do the job which we did.

"To be honest, I don't think I could have done anything better going later in the session, so I'm extremely happy about today."

Leclerc feared the lap had got away from him as early as Turn 1 after braking later than normal, but made use of knowledge picked up watching the onboard from Pierre Gasly's car to string together the lap.

"I don't like to say it's a perfect lap, you can always do something better," Leclerc said.

"But honestly, everything I wanted to do, I did it. I was scared because I broke very, very late into the first corner, but managed to make the corner anyway, and had a good exit too.

"I think I got a snap in Turn 4, and then I thought oh my God, I don't know if the tyres are going to last until the end of the lap.

"I did such a huge step from FP3 to qualy in terms of driving, using a lot more of the track in entry on the kerb on the right [exiting Turn 8], looking at Pierre Gasly's onboard actually, so thanks Pierre!

"And the last corner, which I've been struggling with the whole qualy, this one I finally managed to do it well also in my last lap. I'm extremely happy."

But Leclerc downplayed Ferrari's chances of staying so high up the order in the race, believing it will face a tougher evening.

"A few times this year, we've been qualifying further ahead than probably what we should have," Leclerc said.

"This brings us a lot of hopes for Sunday, and then it's frustrating in the car on Sunday, but let's be realistic.

"I think we need to learn from it. Tomorrow is going to be a difficult day. I don't think we are going to be as competitive as today.

"I don't think we are the fourth-fastest car on-track. Let's wait and see, but I'll try to maximise what I have."