Valtteri Bottas says his pole position performance at the Sakhir Grand Prix came despite him not delivering the best of qualifying sessions he has had in Formula 1. 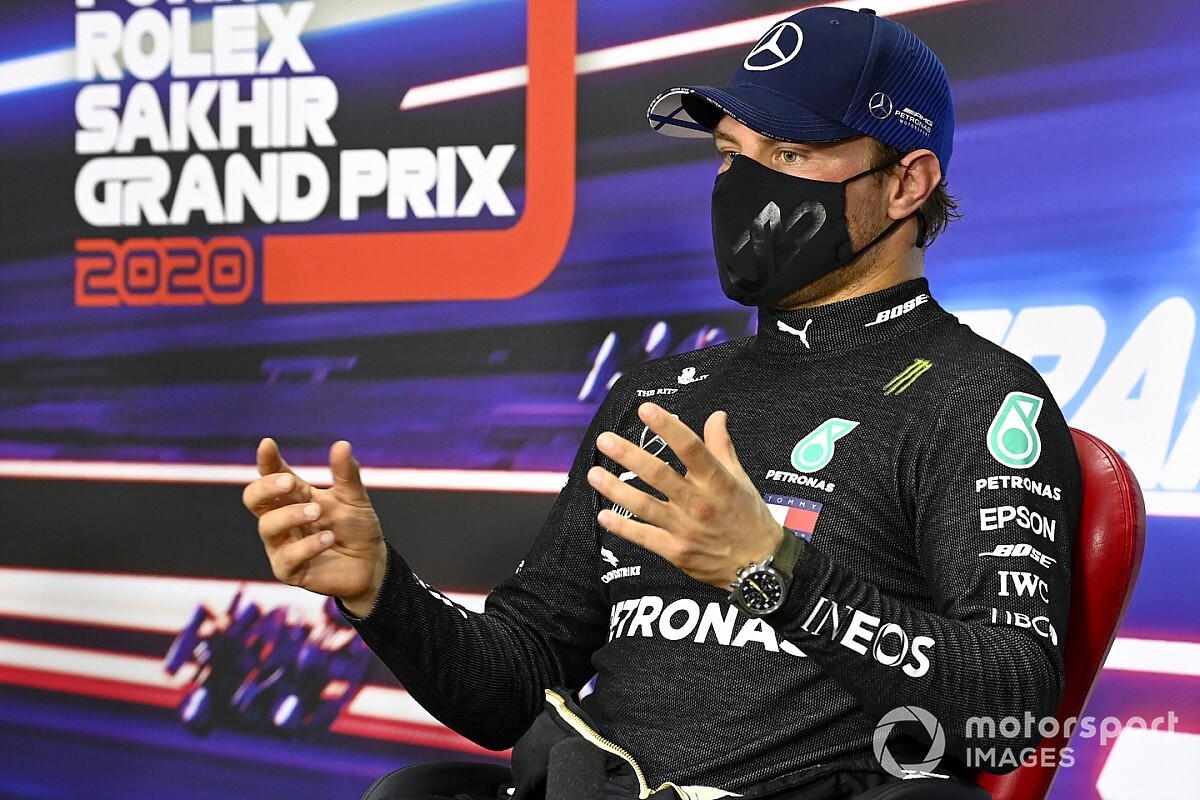 The Finn edged out new teammate George Russell by just 0.026 seconds on the Bahrain outer loop track to allow the Mercedes duo to lock out the front row of the grid. Both cars will also start on the medium tyre after using it to get out of Q2.

On a weekend where Bottas has been under pressure not to be outperformed by Russell, who is standing in for Lewis Hamilton, he said he was happy he did enough after a scrappy run in Q3.

"For sure it's a different situation to have a new teammate but ultimately I just wanted to focus on my own doing, and not to waste energy anywhere else," said Bottas. "I think I managed to do that.

"I think strategy wise we are in a great place as a team and good to see George locking out the front row as well. It's good to be on pole, I'm happy for that but not my best qualifying. I'm happy it was enough."

While the three long straights could offer plenty of overtaking opportunities in the race, Bottas is worried that cars may still not be able to follow each other closely enough.

"It's a bit of an unknown really how the racing is going to be," he said. "It didn't feel that easy to follow other cars, so I'm really pleased to be on pole and go from there.

"Hopefully we'll see a fun race. It feels a bit of a Mickey Mouse track, in a way, it's quite bumpy and twisty. But let's see tomorrow."

Bottas and Russell's performance left Red Bull's Max Verstappen third on the grid, with him starting on the soft compound.

Although the Dutchman ended up just 0.056 seconds adrift of Bottas, he felt that shorter track reduced the significance of that.

"From our side we had a good qualifying," he said. "The lap itself as well, it's a very short lap and not many corners.

"I'm pleased to get near to be in P3. I tried to be as close as I can today. It was a bit closer than normal, but I think the layout explains that as well.

"Of course we also tomorrow will be starting on different tyres, so this will be quite interesting in how it's going to play out for us. Like I said before, we have nothing to lose so it's better to have a bit of fun tomorrow and see what we can do."