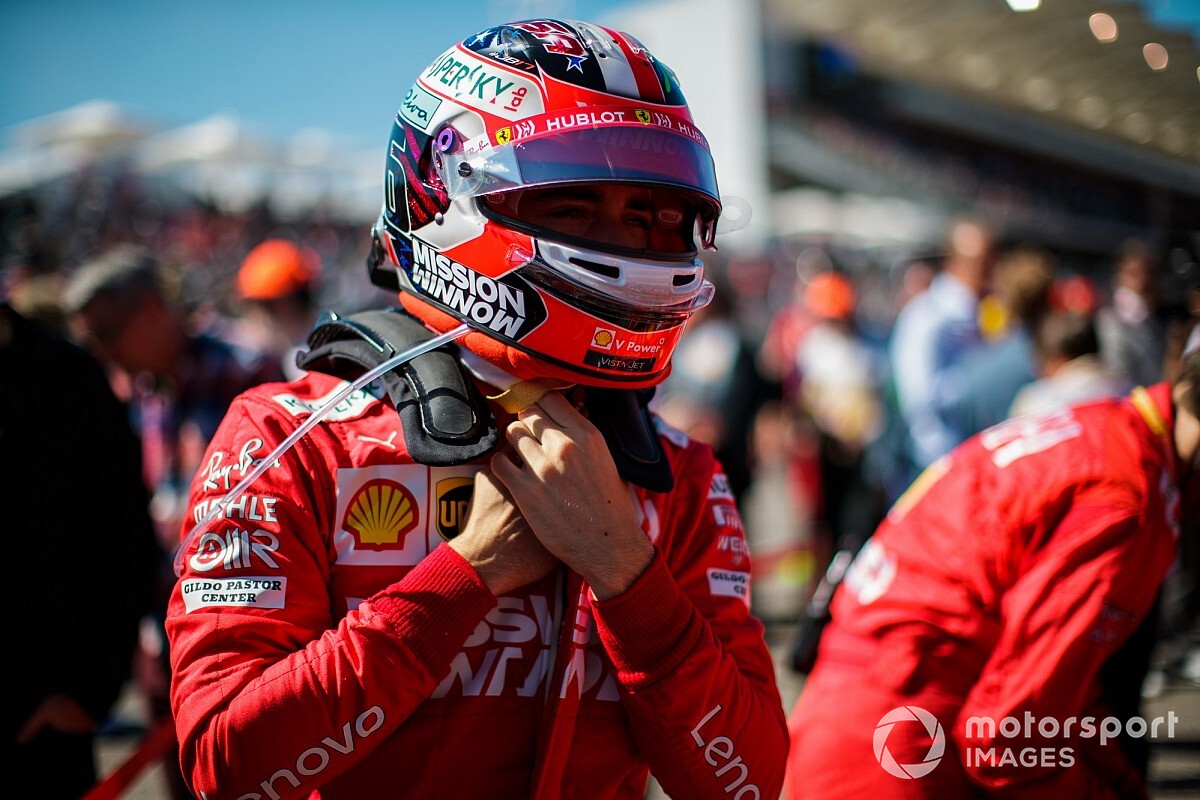 Ferrari Formula 1 driver Charles Leclerc will take a new engine and thus receive a grid penalty for the penultimate round of the season in Brazil, the team has confirmed.

Leclerc had suffered an oil leak during third practice at the preceding United States Grand Prix, which forced him to revert to an older specification of the engine for the rest of the weekend.

This left him “slightly down” on power en route to a distant fourth place in the race.

Ferrari theoretically had the option of fixing and re-fitting Leclerc’s oil leak-stricken power unit, but in the lead-up to the Brazilian Grand Prix, team principal Mattia Binotto confirmed the “damaged” Leclerc engine that had suffered the leak would be replaced by a new power unit.

This indicates Leclerc will incur a minimum 10-place grid penalty in Interlagos for an ICE change, as it will mark the first time he’s used a replacement ICE this season that was not within his allocation of three for the campaign.

Should Ferrari fit a new MGU-H or turbo as well, it would mean at least a further 10-place penalty, and would automatically resign Leclerc to a back-of-the-grid start.

“Charles will get a new power unit, as his was damaged on Saturday in Austin, which meant he had to use a previously used and less powerful version for the rest of the weekend,” Binotto explained.

“Fitting a new PU means taking a grid penalty in Sao Paulo, but we should be back to our normal performance level and show some fighting spirit to finish the season on a high note.

“That will be important in order to confirm we are making progress with our car and to take some of that momentum into the winter work. I know that our drivers and the whole team are fully focused on that.”

Ferrari had endured a bruising US GP, with Mercedes driver Valtteri Bottas having snapped its pole streak before its weekend fell apart in the race – with Leclerc lacking pace in the car and Sebastian Vettel suffering a mechanical failure.

Its indifferent Austin performance coincided with an FIA fuel-flow clarification that some of its rivals suggested had hit Ferrari hard, although the team itself strenuously denied this.

Ferrari has not confirmed whether the new unit fitted to Leclerc’s car will be the same spec as the one he had begun the Austin weekend with, or a further evolution that will serve as a 2020 prototype – the debut of which had been reported as a possibility for Interlagos.