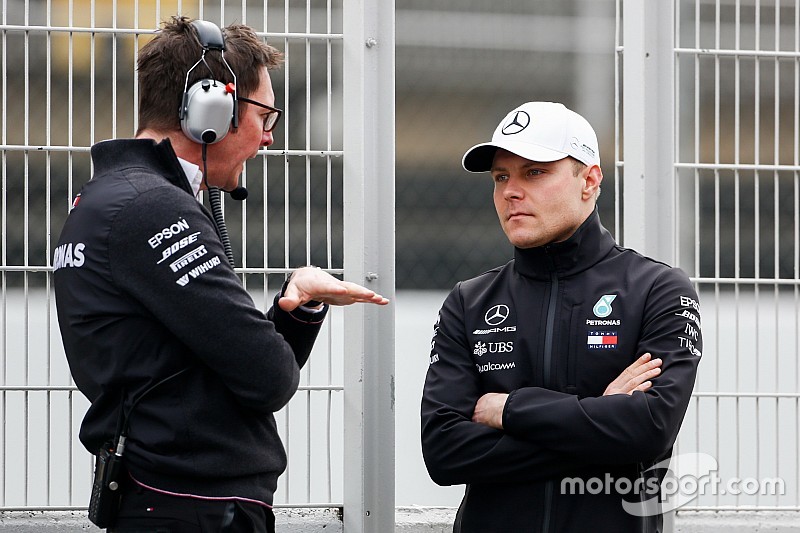 Valtteri Bottas believes he and Mercedes must avoid dragging out contact renewal talks to avoid the process becoming "a bit disturbing" during the 2018 Formula 1 season.

Bottas is preparing for his second year with Mercedes since replacing 2016 champion Nico Rosberg alongside Lewis Hamilton.

He won three grands prix in 2017 to earn a single-year extension by mid-September, and Bottas hopes he will not have to wait too long before getting an answer this season.

"For sure there will be a deadline to get to know what the future is going to hold," he said. "Whether it is going to be earlier or later this year we'll see.

"There's no point to drag things too late because as a driver you have a lot of things to think about and to focus on, so contract talks can be a bit disturbing.

"The team knows [that] as well, so when the time is right we'll try to make the decision."

Bottas added that he did not see the "first three or four races as anything more special than the first half of the season" but acknowledged that the better he performs early on the more chance of an early decision.

He said that he he feels "zero pressure and a lot of support" from Mercedes heading into the new season.

"I learned so much with the team last year and now it's been a much smoother start of the year, being able to focus on the things that matter," Bottas said. "It's a different feeling.

"I need to perform, use everything I learned last year and in my five years in Formula 1 [to challenge for the title]."

While Bottas's future with Mercedes will be determined this season, a contract renewal for teammate Hamilton remains a formality.

Asked if he wanted "a couple" of years more with the team that has run him to three of the past four drivers' titles, Hamilton replied: "I'm hoping so. At least, yeah.

"Every year you never know how you're going to feel in two, three years' time.

"It's such a long year and a lot can happen in your life. Your opinions change.

"I'm definitely in the mid-to-end of my F1 career but I'm loving it. I'm really enjoying it. I really love this job, I'm so grateful, I have to count my blessings."

Hamilton said that, ahead of his sixth year with Mercedes, he was finding it "a better work environment than it's ever been".

He added: "It's even more fun to work there than it was in the past.

"I really hope that if I can keep performing and improving and enjoying it, then I'll try to keep going."

Alonso: Why I didn't walk away from F1

Why F1 teams' nerves are at an all-time high