Callum Ilott found helmet buffeting at high speed “a bit uncomfortable” and “wobbly” during Formula 1 practice at Portimao, but felt “very happy” with his debut for Alfa Romeo.

Taking over from Antonio Giovinazzi, Ferrari youngster Ilott completed 21 laps and finished the session 17th overall, lapping four-tenths of a second off Kimi Raikkonen in the sister C41 car.

An onboard video of Ilott’s fastest lap from FP1 showed his helmet bobbing around at the end of the straights.

Reigning F3 champion Oscar Piastri tweeted Ilott asking “what’s going on with your head on the straights there chief?”, to which Ilott replied: “Just a tad windy mate.”

Ilott explained after the session that the helmet buffeting did prove to be a bit uncomfortable at times, and put it down to his positioning in the car.

“It was a little bit on the wobbly side, it reminded me of the Churchill’s bulldog!” Ilott said.

“I think it’s quite hard to get the balance, and the helmet is used a lot to redirect the air, and maybe with the position of me, it’s a bit different to Antonio.

“It was only really at top speed where it was doing it. It was a bit uncomfortable, but we’ll make some changes for next time maybe.” 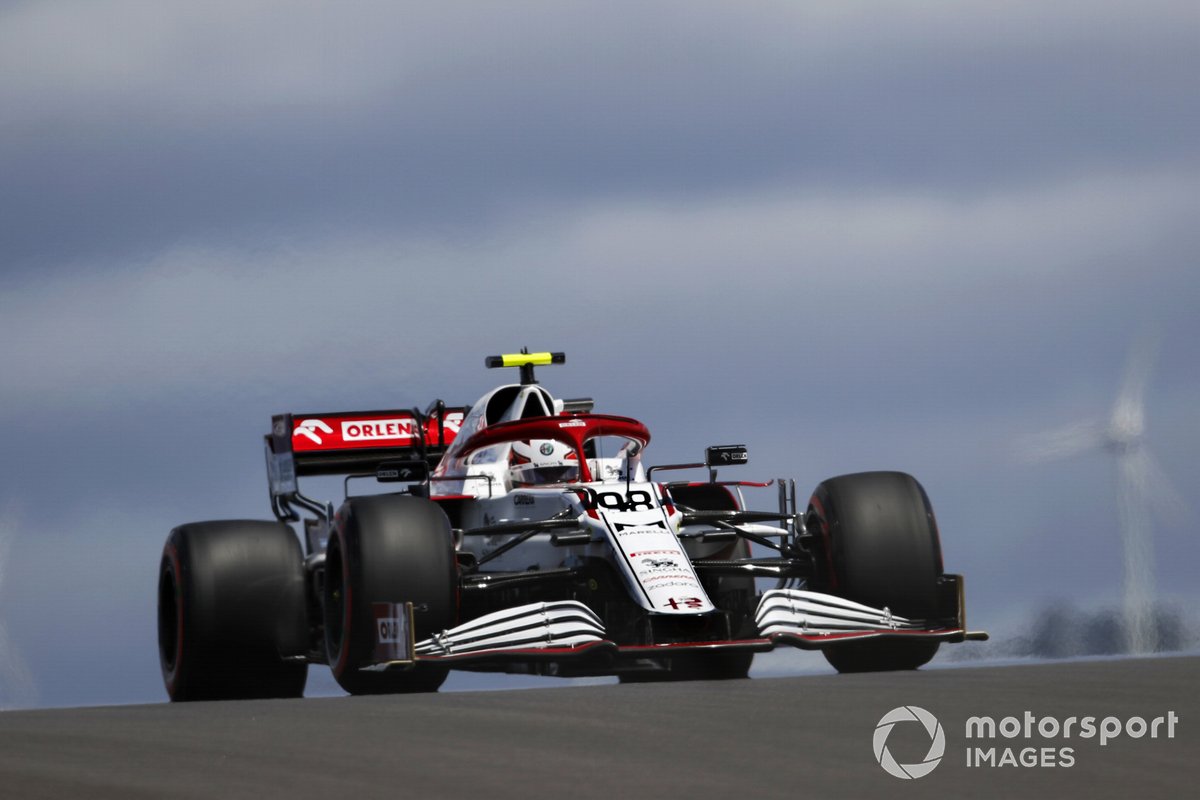 Reflecting on his session, Ilott said that the low grip conditions “caught us out a little bit” in the early part of the session, but he was able to get up to speed and felt happy with how his programme went.

“Once I was up to speed a bit with the tyres and getting used to it, I think I finished the run on the hards one-tenth off of Kimi, which was not bad at the time,” Ilott said.

“Then we went to the softs, and I completely got caught out in the beginning by how much grip and also getting the tyres in. So yeah, I struggled a bit then. But then we came in, rebalanced, and I think with the tyre mileage I had, I didn’t do a bad time.

“Overall I was building the consistency, and was very happy with the session. I got through all the run plan that we needed to, and discovered the limitations that we had as a team and as a driver as well.

Asked if there will be future opportunities to drive in F1 practice this year, Ilott said: “I don’t know, it’s up to them.

“Hopefully soon, but I think we’ll have to discuss a bit more and see what happens. It was good to get in early in the year, and hopefully there’ll be opportunities in the future.”

Alpine "in a position to fight" at Portimao - Ocon

Hamilton happy to end Pirelli test reluctance with view to 2022