As Lewis Hamilton and Max Verstappen collided at Monza's Variante del Rettifilo during the Italian Grand Prix, it proved to be another win for Formula 1's halo device.

Verstappen's Red Bull was launched into the air by the array of sausage kerbs, precipitating contact between the underside of his car and Hamilton's halo.

Had the halo not been introduced to F1's regulations in 2018, there is a very real chance that Hamilton would not have walked out of the incident unscathed.

However, the strength of the secondary roll structure ensured that Hamilton's head was kept away from being touched by the full weight of Verstappen's car, and was only briefly tagged by the Dutchman's right-rear wheel as they both came to rest in the gravel.

The halo was initially devised to limit the chance of larger-scale debris entering the cockpit space and injuring drivers, such as Justin Wilson's fatal IndyCar incident at Pocono in 2015.

It has also proved to be a valuable asset in situations with larger loads too, keeping Charles Leclerc safe at Spa in 2018 and protecting F2 driver Tadasuke Makino from a crash with countryman Nirei Fukuzumi at Barcelona the same year.

The strength of the halo also ensured that, when Romain Grosjean sustained his horror crash at Bahrain in 2020, it was able to tear through the Armco barrier and keep the French driver's head out of the firing line.

Although teams may manufacture aerodynamic fairings for the halo, the internal titanium structure must be made by an FIA-approved supplier – so this is a part of the car that the teams do not build themselves.

Titanium has a high tensile strength, and offers a desirable strength to weight ratio. This ensures that the entire halo structure weighs around 7kg. 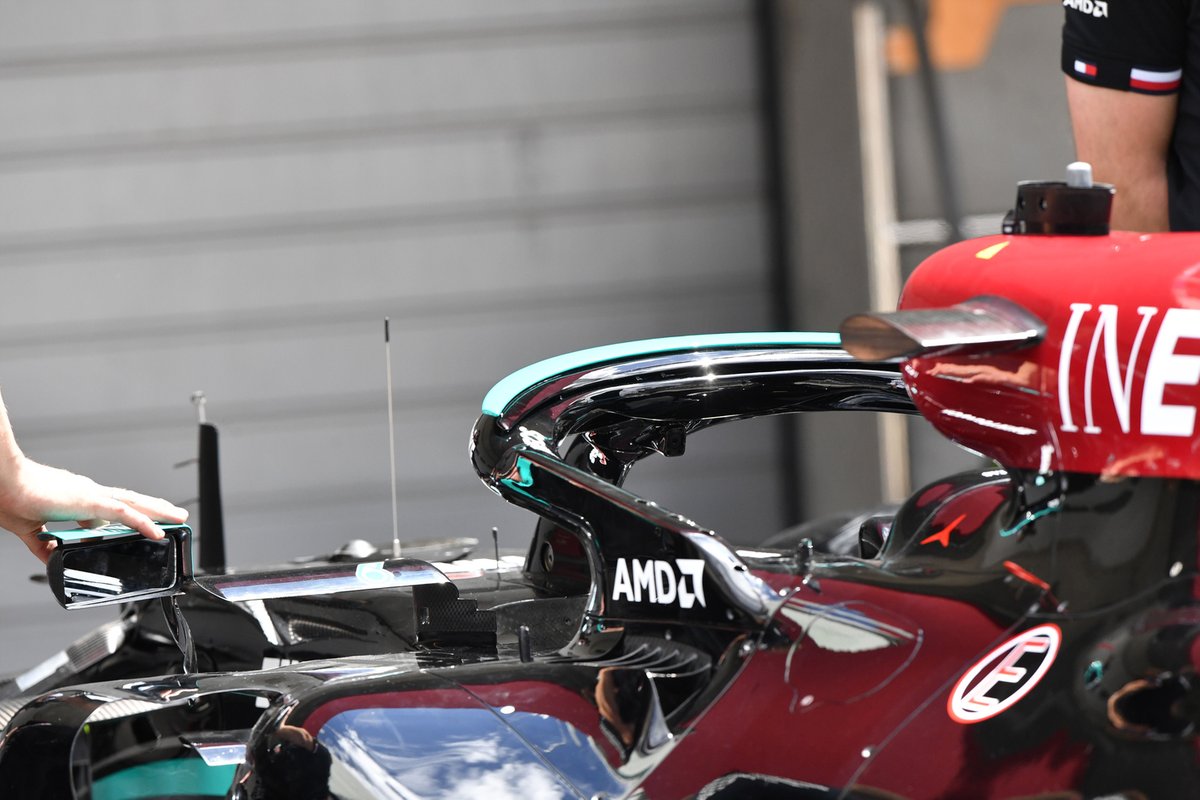 "There are changes that we needed to do to accommodate it to ensure the overall car would still stay below the weight limit," Mercedes technical chief James Allison explained back in 2018.

"It's also not light because it takes really high loads. We had to strengthen the design of the chassis so it would be able to take roughly the weight of a London double decker bus sitting on top of the halo.

"We needed to make sure it would be strong enough to withstand the type of event it was designed to protect the driver against."

For further reference, that 12000kg would also be enough to fend off three full-size Indian elephants, 109 Arnold Schwarzeneggers, or 550,000,000 grains of rice.

Thus, the 752kg Red Bull car of Max Verstappen ensured that Hamilton was well defended against a shock impact, protecting his head from injury.

"I don't think I've ever been hit on the head by a car before," Hamilton said after the impact.

"And it's quite a shock for me because if you've seen the image my head really is quite far forward. I've been racing a long, long time.

"I'm so grateful that I'm still here and felt incredibly blessed that obviously someone was watching over me today. His rear wheel landed on my head, it landed on the halo.

"I think the inside of the most cambered part of the tyre landed on my head. I think that's going to be travelling with me these next days but I probably will need to see a specialist just to make sure I'm good for the next race because it is getting tighter and tighter.

Although the halo was much maligned when F1 first introduced it, it has more than proven its worth on multiple occasions – and Sunday's incident between the two title contenders has added to its list of testimonials. 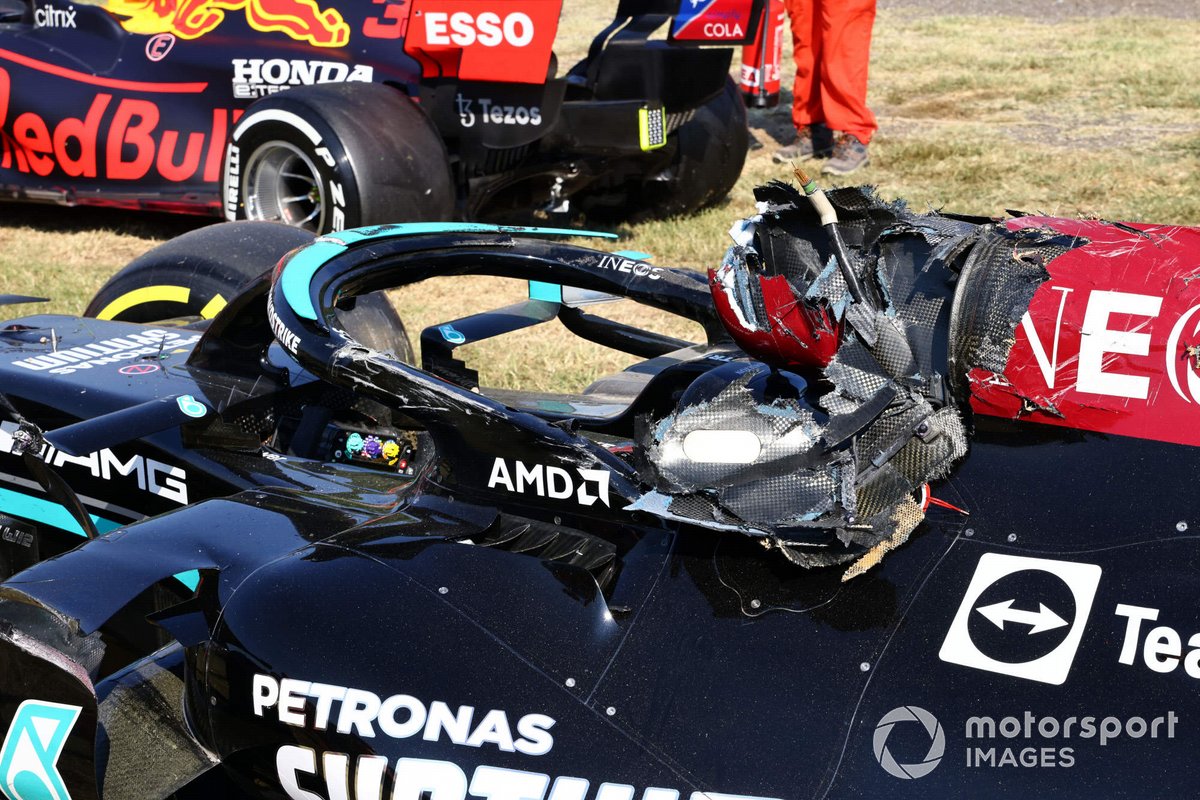